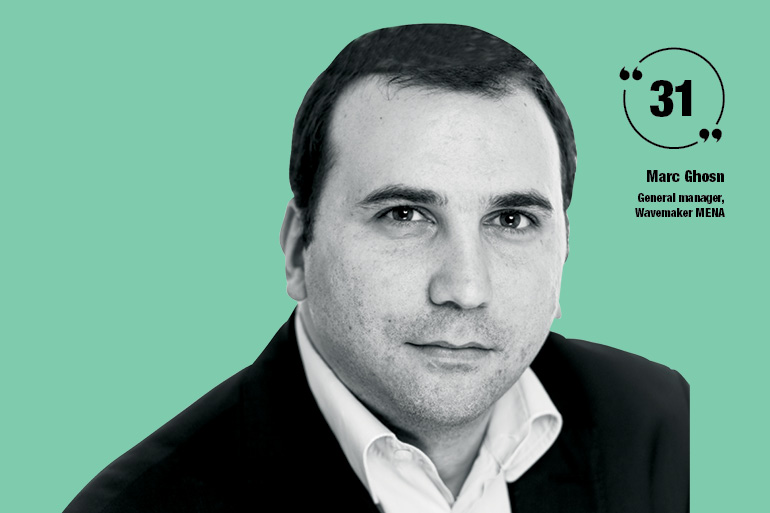 Marc Ghosn is a seasoned leader in tech, digital and data. He was among the 11 selected across the EMEA network to be part of a two-year future leadership program.

His entrepreneurial nature led him to spearhead several initiatives to elevate industry standards, such as startup incubator program for GE in partnership with Wamda ‘ME Makers’; transforming the Burj Khalifa into a broadcast channel for the Jaguar F-Pace launch; and leading the conceptualization of the first digital reality series “KitKat Comedy Break show” in the region.

He has also significantly contributed to the industry by facilitating talent development such as forging a partnership with Facebook and the American University in Dubai to integrate the Facebook Blueprint into the student’s curriculum.

Working as a lawyer.

This industry is in constant change and I am not used to routine.