6 Common Mistakes Made by Social Influencers & How to Avoid Them

Sam O’Brien, Chief Marketing Officer at Affise, decodes the many reasons why influencers are not able to make the best of their platforms. 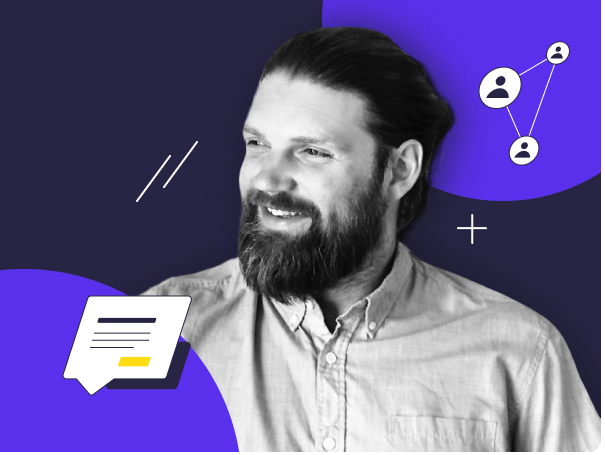 Living your whole life in the glare of the public eye is no easy task, especially for those successful enough to make it their full-time job and primary source of income. Followers, especially younger ones that have grown up with the likes of Tik Tok, Instagram, and Twitter, can be very discerning, making it crucial to avoid saying or doing anything that could potentially drive them away.

With ‘Cancel Culture’ continuing to make headlines, it is important to take a moment to look back on how easy it is to be put in a position where your entire online presence is compromised. Take Jenna Marbles or Shane Dawson, for example - two YouTubers that were considered some of the ‘original’ influencers of their time who have, quite rightly, stepped down from their roles due to genuinely offensive tweets and videos surfacing from their past.

This situation highlights the lengths that fans and followers will go to in order to expose high-profile content creators, and just how far back on your social media accounts they are willing to search. While the Marbles and Dawson scenario is hard to sympathize with, as both YouTubers were undeniably in the wrong, it is still important to be as careful as possible to avoid hurting any feelings with the messages and words you share online.”

Trigger warnings online are so important. Without them, people would be endlessly clicking on posts and involuntarily reliving some kind of trauma.

If you are a budding body positivity influencer, posts and comments around things like disordered eating and body dysmorphia are far more appropriate, but still require specific warnings.

For example, if you are going to be mentioning food in a way that references an illness or something that could potentially upset somebody, always remember to reference ‘trigger warning: food’, or something of that nature.

Many influencers forget to do this when discussing distressing events, and their followers always speak out in the comments. Your goal is to help people, not cause them to have a bad day, so always remember little things when posting to a large number of potentially vulnerable followers.

If social media is a large part of your personal and work life, it can be very frustrating to see negative comments appearing underneath your posts - but there are always ways to deal with them that avoid you sinking to somebody else’s level.

For example, if your account is themed around fashion and somebody comments saying they do not like your outfit, it could make you look unprofessional to respond with something equally as offensive.

Instead of this, try to take the moral high ground and suggest that the troll do something better with their time, rather than waste it trying to bring other people down. Many influencers resort to full-blown rows in their comment section, and it usually ends up driving even more people away, or even to clicking the unfollow button.

The quickest way to lose a brand deal is to post a product a company has sent you without stating it is an ad. While social media platforms may have different rules, all of them stipulate that an advert must be made extremely obvious, with most influencers including ‘ad’ before any further information.

Forgetting to do this would not only make you look unprofessional but could also cause your followers to feel like you were trying to deceive them. Brand deals and affiliate marketing will be one of the main sources of income if you want to make a living from your social media accounts, so getting these posts right every time is crucial.

If you have an upcoming brand collaboration or campaign, it is best to stick to a social media platform that you use regularly - in order to ensure everything goes as smoothly as possible. For example, if you usually showcase branded products on Instagram and you decided to use Twitter instead, it could lead to far fewer people being exposed to the product.

Some budding influencers also occasionally fall into the trap of being considered ‘spammy’, which can be very obvious and off-putting to an audience. Instead of writing something generic in your caption or posting something multiple times a day across your stories, create one great post with a truthful, genuine review. This way, your following will respect you more for being honest and sticking to the point.

Working with the wrong influencers and brands

If you are just starting out as a social media influencer, it can be beneficial to try to find a niche to fit into. Are you going to be posting about food? Animal rights? Makeup hacks? This way, it will be easy for people to decide whether to follow you or not, based on their own morals and interests.

A great way to add excitement to a PR campaign is to involve another influencer, which would also mean double the outreach strategy and a potential working relationship in the long run.

However, it is essential to select somebody that fits with your personal brand and ideals. For example, if you regularly post about your love of animals or cruelty-free makeup, it could anger your following to see you working with a cosmetics company that has a reputation for testing on animals.

This one sounds obvious, but if you are going to make it as a successful social media influencer, you have to have all the equipment required to take a great photograph. You will need ring lights, a good camera, editing software, tripods - the list goes on, but posting low-resolution, pixelated photographs are guaranteed to drive followers away and show a lack of effort and laziness in the content you are sharing.

Finally, each post needs to be creative and original; your followers have come to you for escapism. They want to see something they do not see every day in their own lives, so avoid posting the same images over and over (there are only so many coffee and avocado toast photos people can take) and think outside the box.

Despite the realm of social media seeming like a minefield, once the basics are harnessed, being an influencer and creating inspirational content can be a fulfilling and highly lucrative career. Try to imagine what you would like to see on a timeline and the kind of things that cause you to click on links, and your follower count should start blossoming in no time.