First-ever Grand Prix won by an entrant from the Middle East. 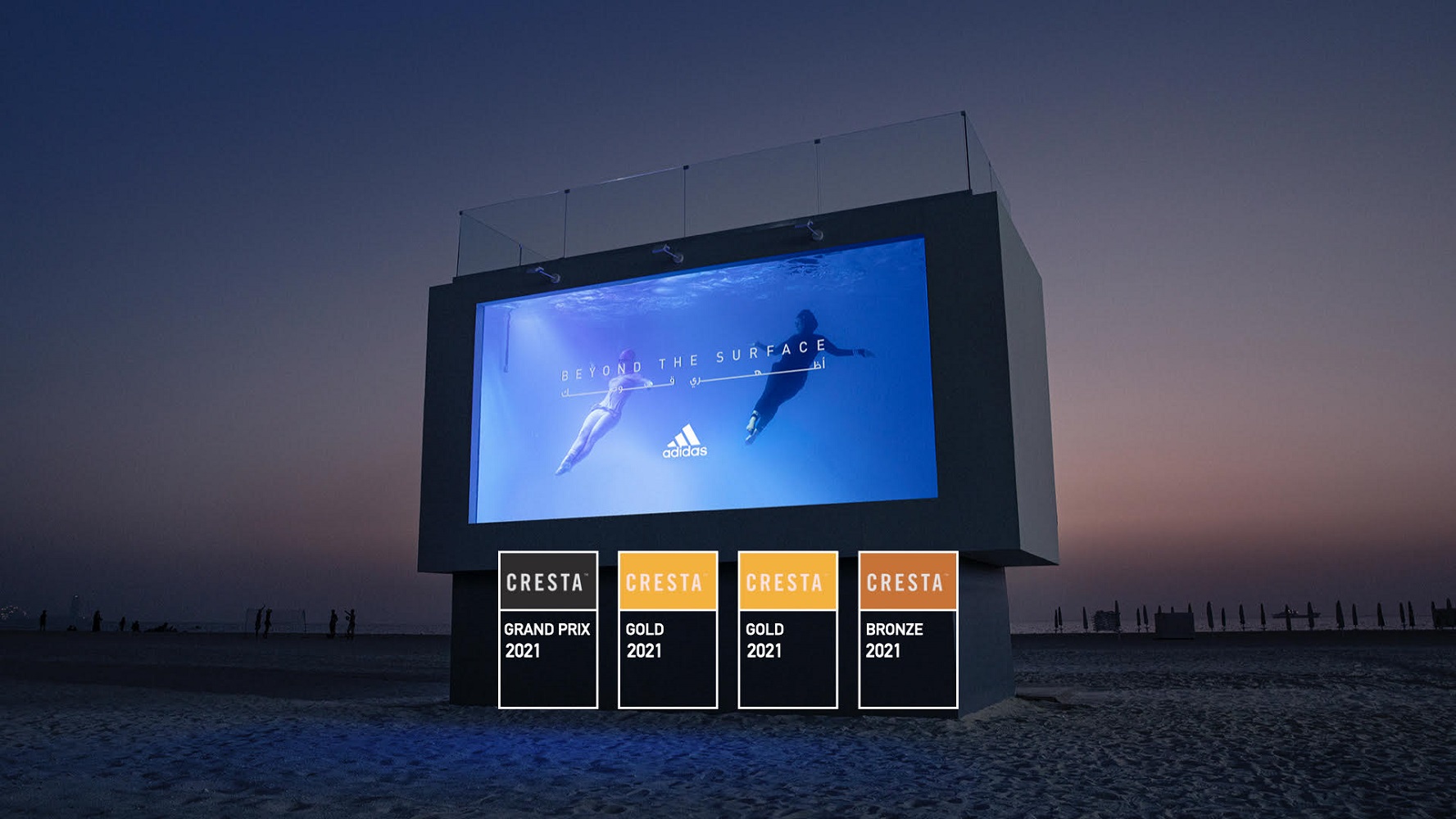 Havas Middle East won the Cresta 2021 Grand Prix in Design with its Adidas Liquid Billboard. The recognition is the first one for any work from the region in Cresta’s history.

To launch its inclusive swimwear collection, and to address the insight that 88% of women in the Middle East don’t feel comfortable swimming in public, Adidas and Havas Middle East launched the first-ever swimmable billboard in Dubai.

The five-meters high, three-meters deep billboard contains 11,500 gallons of water and is an invitation for women across the city to jump in as an encouragement for others to feel more comfortable in the water and in their swimwear. Footage from inside the billboard was streamed to the city’s largest digital display.

The campaign became a global topic of conversation and was covered in more than 60 countries, across six continents. With one single placement, it reached more than 350 million people worldwide.

The Adidas Liquid Billboard also won two Gold awards for Ambient & Experiential and Brand Purpose, as well as the Bronze 'Wish we’d thought of that" Award.

“It’s a campaign of firsts. The first swimmable billboard and the first Cresta GP for the region. We’re very proud of the work, the results, the partnership with Adidas, and, of course, this recognition. It shines further light on the great creative momentum of the region and is a testament to the innovative mindset of the agencies in the Middle East,” said Fabio Silveira, General Manager at Havas Creative, in a statement.

The campaign was created by Havas Middle East and PR was done by Red Havas.