Anghami’s common ordinary shares and its warrants have begun trading in the United States since last week, on NASDAQ under the tickers "ANGH" and “ANGHW,” respectively. 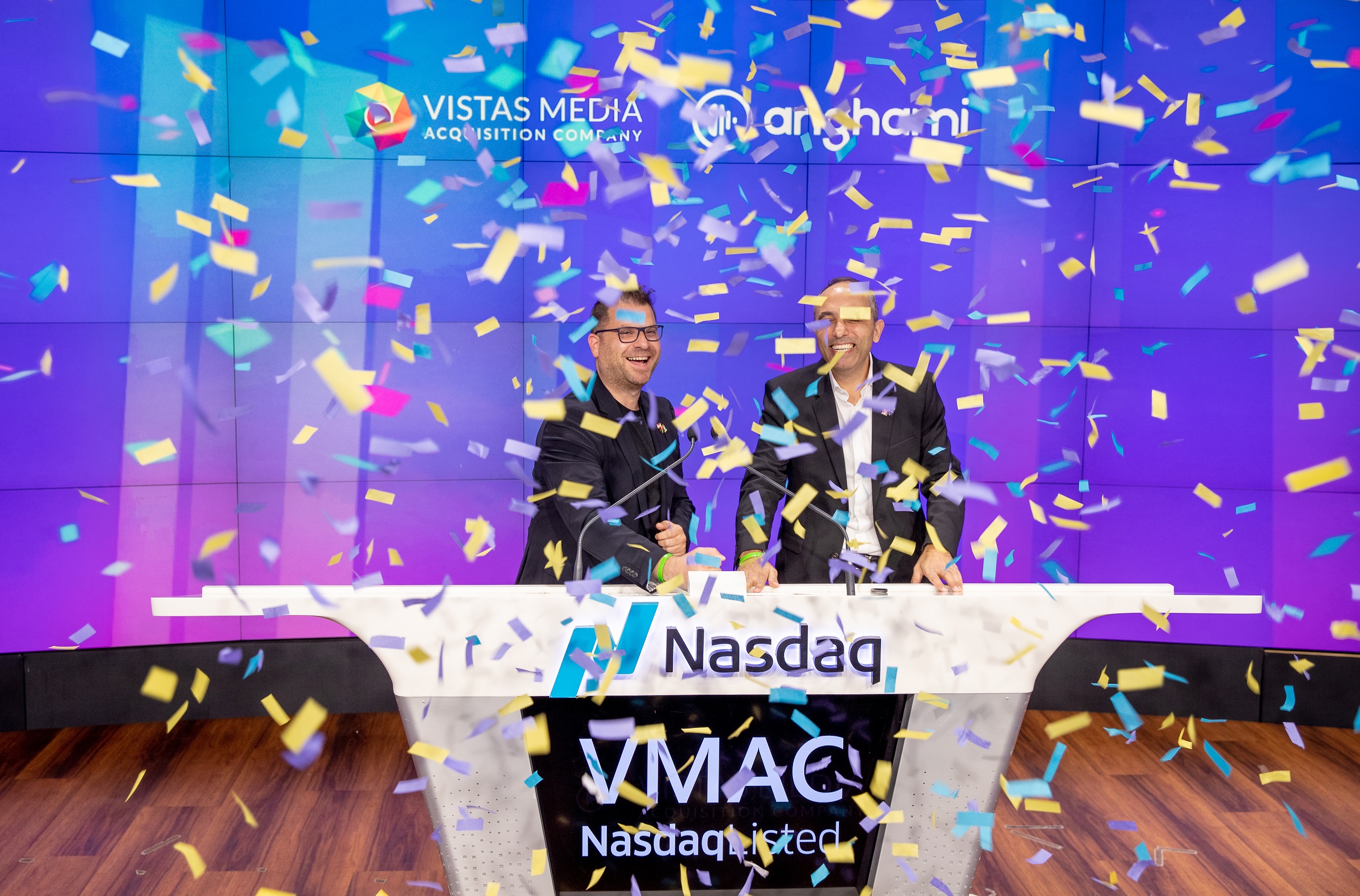 Anghami (NASDAQ: ANGH), the leading music streaming platform and service in the MENA region, announces that it has completed its business combination with Vistas Media Acquisition Company (“VMAC”) (NASDAQ: VMAC).

Since announcing plans to list on NASDAQ via a business combination with Vistas Media Acquisition Company Inc. (“VMAC”), Anghami has been strengthening its business through a number of significant partnerships and initiatives spearheaded from its Abu Dhabi headquarters.

The streaming service established its global headquarters and R&D center in Abu Dhabi in 2021, as part of a partnership with the Abu Dhabi Investment Office (ADIO). Through the AED 2 billion (USD 545 million) Innovation Programme, ADIO has provided Anghami with financial and non-financial incentives to set up at the Abu Dhabi Global Market (ADGM).

Commenting on the company’s achievement, Eddy Maroun, Co-founder and Co-Chief Executive Officer at Anghami, said, "Today marks the end of a long journey toward listing on NASDAQ, but also the momentous beginning of our life as a publicly-traded company. We are grateful to our investors and partners who have made this possible. We believe that our efforts to take a different approach and challenge the status quo in the streaming world present a great opportunity for fans not only in the region but also for millions of people around the world who are trying to reconnect with their roots through music. As we embark on this new chapter, we remain as committed as ever to our goal of expanding the Arabic-language music repertoire through new initiatives and innovative concepts such as Anghami Originals, Anghami Labs, live concerts, live radio, and branded content."

Elie Habib, Co-Founder and Chief Technology Officer of Anghami also added, “This is a moment of great pride, not only for Anghami but for the entire Arab world, as well as for our engineers, builders, creators and partners around the world. We launched in 2012 with the dream of making a valuable difference for users and artists alike, and nearly a decade later, with around 58% of the market share in the Middle East, we have earned a place not only in the industry but also in the hearts of music lovers across the region."

F. Jacob Cherian, Co-Chief Executive Officer of Anghami, commented, "We are thrilled to bring the Arab region's most popular music streaming platforms and challenger brands to NASDAQ. This is an incredible achievement, and we look forward to reaching many more milestones in creating more original music content, expanding Anghami's horizons and reach, and growing as a global publicly-traded company.”

In early 2021, SHUAA Capital psc. led a funding round for Anghami and made a PIPE commitment of $30 million, in addition to a $10 million commitment from Vistas Media Sponsor, LLC. SHUAA worked closely with the team to develop and secure the PIPE investment and achieve a successful listing on NASDAQ. Franklin Templeton, a leading global investment company, also came on board as one of the pre-IPO investors and invested in PIPE prior to the company's listing.

Anghami also has offices in Beirut, Dubai, Cairo, and Riyadh and has worked with several local label partners to build music catalogs from around the region and negotiate licenses with major international labels. Today, the music streaming service has 72 million songs in its libraries and 75 million registered users, as well as around 40 telco partners in the MENA region.