Apple's iOS 15.4 Beta update allows users to choose between unlocking their phones with or without a face mask on.

Apple is testing a feature that would allow its facial recognition system to work with masks and without the Apple Watch. The company on Friday released the first iOS 15.4 developer beta version and it contains an update that gives users the ability to use Face ID with masks on and without an Apple Watch nearby.

The update claims that the “iPhone can recognize the unique features around the eye area to authenticate” but warns that Face ID is going to be more accurate if you have it set to not work with a mask. 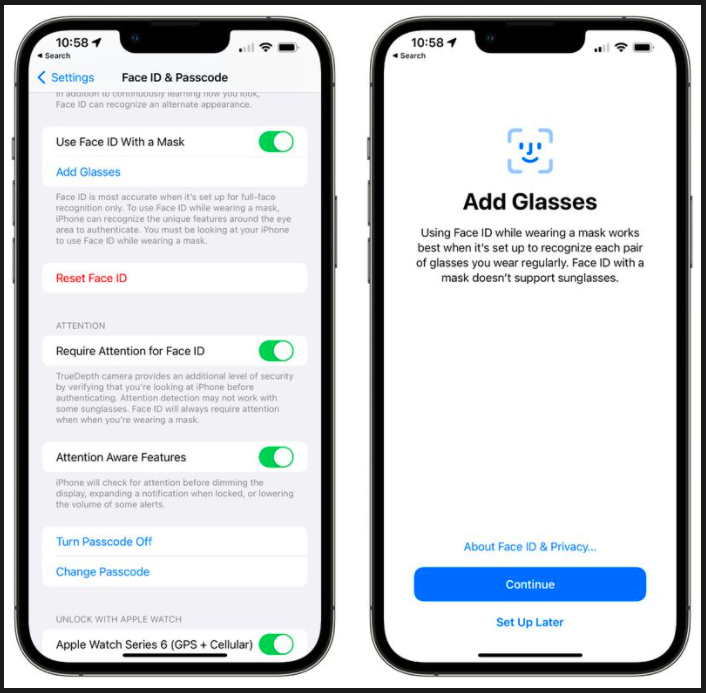 With this iOS update, Apple has introduced various updates with respect to its users in a post-pandemic era. iOS 13.5 would detect that you’re wearing a mask and quickly ask you for your passcode instead of trying to authenticate your face, and 14.5 let people with Apple Watches use Face ID while wearing a mask. (It seems to unlock for anyone wearing a mask, as long as your Apple Watch is close enough to the phone.) For people without an Apple Watch, however, it seems like this functionality may finally be on the horizon, assuming it proves to be secure enough.

Here’s the new toggle in iOS 15.4 (settings > Face ID > Use Face ID with a Mask) pic.twitter.com/nL8PPxrrZe

Apple made its announcement about iOS 15.4 beta – which also includes new emojis and the ability to copy text from objects using the camera while in the Notes or Reminders apps – alongside the release of Universal Control in developer beta releases of the macOS Monterey 12.3 and iPadOS 15.4 operating systems.

iPhone: How to use Face ID with a mask

Competitors, notably Samsung Electronics, give users the option to use only an iris scan to unlock their devices, thereby bypassing masks. The testing feature is currently available only on iPhone 12 and 13 and not on any models older than iPhone 12.