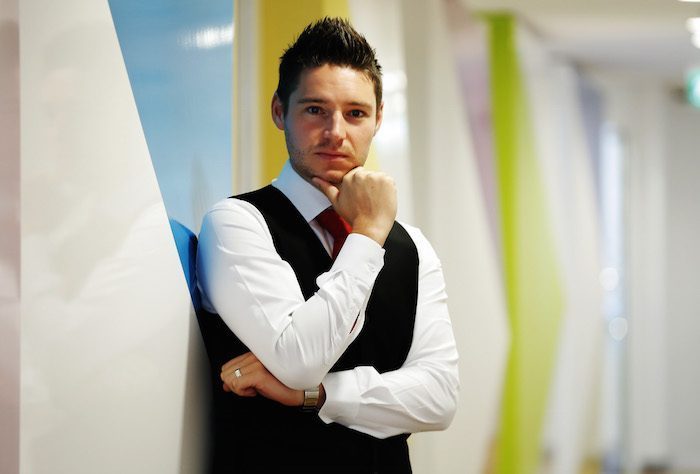 Brndstr, a Dubai-based tech startup officially launched the Innbx app at TechCrunch Disrupt in New York from 4-5 May.

Innbx is a free mobile application developed to enhance the way brands engage with users on Instagram, allowing people to manage multiple accounts, to categorize followers in groups and to save social content directly onto mobile phones. The app was initially developed for creative agencies to manage and monitor multiple Instagram accounts and hashtags as part of any Brndstr campaign.

Simon Hudson, CEO and founder of Brndstr, says in a press statement: “We are proud to be part of TechCrunch Disrupt 2015. With the launch of Innbx, companies will now have an opportunity to take their marketing campaigns to the next level and as posted content continues to grow, we believe users will find the ability to group content extremely useful”.

Brndstr was founded 18 months back with the objective of helping brands create real-time, in-the-moment campaigns. Focused initially on Twitter, Brndstr’s focus was to help brands and agencies build engaging campaigns using its custom built technology together with the Twitter API’s and Ads Platform. The company’s underlining vision is to help businesses capitalize on their social networks by converting their existing fan base into brand ambassadors in exchange for rewards. Brndstr developed a suite of interactive tools on Twitter that allows companies to automatically respond to hashtags with offers and vouchers, as well as tweet performance analytics of all users. Brndstr quickly became an extension to the creative teams helping brands to ‘own a moment’ by engaging with their fan base using innovative solutions and cleaver API technology.

To date, Brndstr has partnered with a number of notable names including McDonalds, Virgin Megastore, CNN, Sheraton and Uber.  In May 2014, Brndstr successfully raised its second round of funding amounting to $1.6 million. Since then the company has moved offices and strengthened its relationship with Twitter.

Following its success on Twitter, Brndstr was granted developer access to build similar solutions on Instagram, which it has used to address some of the current gaps.