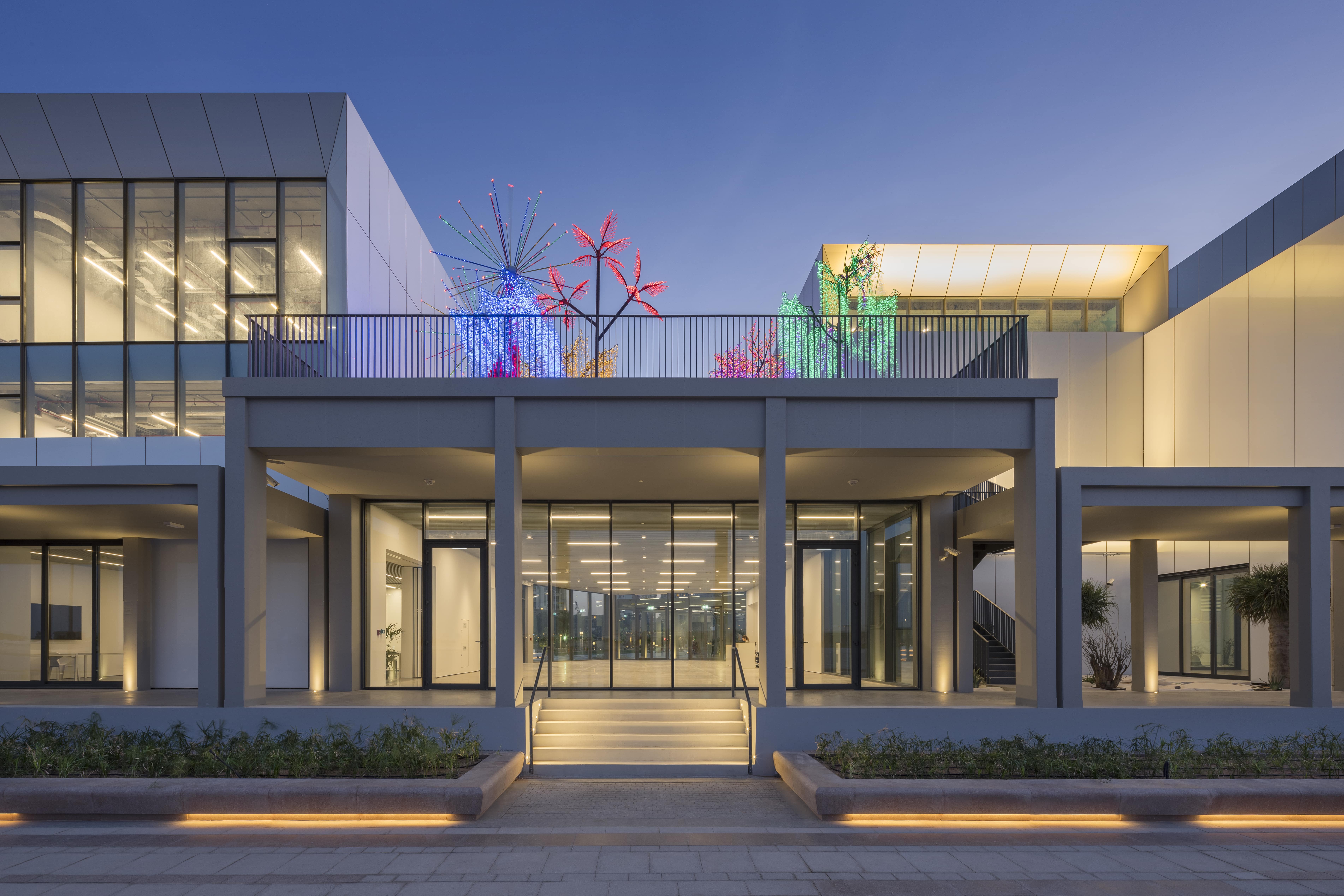 Built on the Jaddaf Waterfront in Dubai, the Jameel Arts Center is an independent initiative that aims to act as a dynamic platform fostering dialogue between the many contemporary art players in the UAE, the Middle East and South Asia.

Founded in November 2018 by Art Jameel (an organization that supports artists and creative communities), the center hopes to “engage communities through learning, research and commissions,” as explains its website.

The building itself, located on the Dubai Creek, is comprised of three floors of gallery spaces, a library dedicated to research, and a rooftop terrace that hosts installations and film screenings, along with eight gardens designed to each represent a different aspect of desert life. Outside, the Jaddaf Waterfront Sculpture Park is the UAE’s first open-air art and sculpture park, acting as a “lively outdoor gallery.”

“Reflection is the heart of what we do,” Dawn Ross, senior manager of Art Jameel Collections, tells Communicate. “A lot of the researchers we work with are not just artists but also historians and curators,” she adds. The exhi- bitions are decided by a cura- torial council at the center.

The center’s Jameel Library is a space for research dedicated to cultural histories of the Gulf and its neighboring regions. The bilingual (English and Arabic) multimedia space features books, journals, catalogues, theses, artists’ files and ephemera; and is constantly enriched with recommendations from the artists themselves. The recently launched library of unread books calls on people to donate the books they own but haven’t read. On top of various public events, ‘library circles’ invite UAE artists to present work that will be exhibited for a month, before entering discussions with the audience. 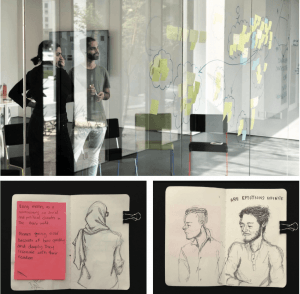 Engaging the Youth. The Jameel Arts Center strongly focuses on bringing together young creative minds (aged 18 to 24). The first step was the Youth Assembly, an experimental program that ran from November 2018 to April 2019 to select nine members (UAE nationals and long-term residents of seven different nationalities) from a pool of 65 candidates nominated by industry leaders. The team met individually with each nominee for an hour, not only to interview them but also to understand what they wanted to get out of the program. The final selection was a “cross-disciplinary” group, says Murad El Zagal, Youth Programs coordinator at the center. Selecting nine individuals whose objectives overlapped helped exchange their knowledge better.

The point was to let them lead through an open- ended approach to shape the center’s objectives. The assembly was given the liberty to design the meeting sessions and communication methods, to ensure that their methods are engaging and bring life to the program. “We wanted them to come and use the resources that they have at the center to tell us, from their groups of community, what it is that they would actually value for us as an organization to give back to them,” Zagal explains. “The possibilities were literally anything that they wanted to do.” Zagal says the conversation progressed in a very organic way, to culminate with a Youth Takeover on April 26, 2019 – a multidisciplinary exhibition featuring young designers commissioned by the assembly itself and tackling themes around their common frustrations: the fetishization of the future, the romanticizing of the past and the neglect of the present.

Such a public program wasa risk that the center had to take.“Having a public component to the entire program was very important and very impactful in that sense. So maybe that could qualify as one idea that really struck us because the program being open-ended, we didn’t particularly know what was going to happen,” Zagal says.

But it paid off to the point that the center is now working on replicating the same kind of outreach, “hopefully,” Zagal says, with the same kind of impact and even to a higher level, on the next iteration. As the center’s website says, “The [Youth Assembly] initiative is the cornerstone for future programming dedicated to this key age group at the Jameel Arts Centre.”

Other initiatives target school children for example, while learning programs aim to encourage the youth to take on challenges in the creative sector, and facilitate debates as well as exchanges of ideas. The center says that these Youth programs are part of the Jameel Arts Center’s mandate to cater to all age groups, of all interests. They address the importance of an interdisciplinary approach, along with critical thinking and creativity, which happen to be part of the ten most vital skills needed by 2020 according to the World Economic Forum. With other active programs in Cairo and Jeddah, the Jameel Arts Center is a young organization aiming to help create a community in which all types of people can meet and connect, while highlighting how conversation around arts has the power to contribute to progress.

This article has been published in Communicate‘s September issue.