Get excited
Insights Industry
Back 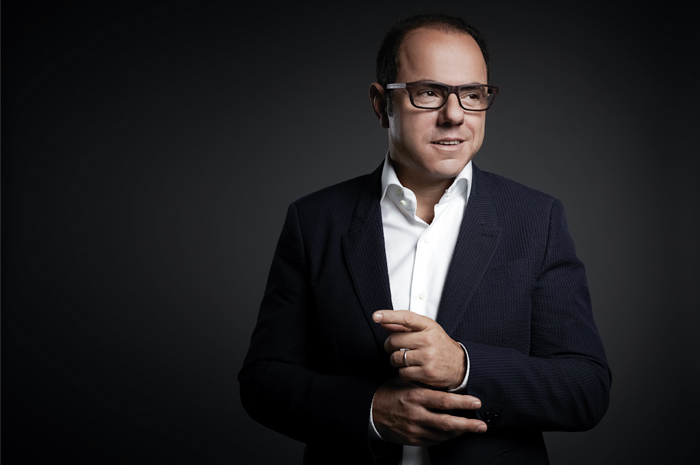 “In the Middle East, there have been many wars and recessions, and this is another recession. So, what do you do?” asks Elie Khouri. He not only seems unperturbed by the varied challenges the region is facing, but, more strikingly, he continues to be optimistic – even enthusiastic. We catch up with him to find out what’s got him so excited.

For Khouri, recessions are a time of self-reflection and realigning priorities. “Let go of the fat, recheck the company and focus on what’s important for growth,” he says.

His strategy isn’t just philosophical; it is also reflected in the group’s transformation – and its numerous wins – over the years. “What’s exciting in our industry today is that we are undergoing a transformation,” he says. “Every industry in the world has been or is being disrupted by technology – and so is our business.”

It mostly comes down to technology and data. In the Mad Men era, Khouri says, it was common to try and analyze how much of the advertising dollar spend was going to waste. Today, thanks to data and technology, “we’ve finally found the answer,” he states.

The days of “I think we should…” have been replaced by facts, he says, adding that digital transformation has led to a reliance on technology, which enables a more scientific approach: “You don’t have to ask; you simply analyze and devise a strategy.”

Finally, technology is enabling agencies and marketers to be less subjective and more scientific, which explains the OMG MENA CEO’s enthusiasm. “The excitement doesn’t have anything to do with the region or the economy, but with the disruption and the transformation,” he says.

“By 2020, between 55 and 60 percent of our investments will be in digital,” says Khouri. This means the old ways of functioning and structuring will be re-engineered to help agencies become “more strategic in consulting, much more dependent on technology and less so on low-skilled people.” This will also pave the way for what the agency will look like in the not-too-distant future.

Dubbed “Own the Future”, OMG’s philosophy has refocused the group’s agencies to empower its two client-facing brands – OMD and PHD – with skills and services from across disciplines. “Over the years, we created silos and support functions, and we realized that this was diluting the brands. Clients want to talk to one company, not five. So, we decided that we are going to put all of that power and autonomy with those companies [OMD and PHD],” explains Khouri.

Agencies need to future-proof themselves: this is essential not only for their own sake, but also to show clients that they have a clear understanding of where the future is headed and are armed with a plan to handle it. Moreover, marketers’ roles are changing as well, so much so that their KPIs now lie in the shifting hands of consumers.

“You need to demonstrate to the client that you understand their consumer in the best possible manner and can help them get a better grasp of [consumers], because [the marketers’] role is also being disrupted,” adds Khouri.

Looking at OMG’s restructure, Publicis Groupe’s global overhaul, WPP’s regional launch of GroupM and Havas’ merger of digital, media and creative, one can’t help but wonder whether these moves are a reaction to client needs and economic challenges or a proactive step into the future.

“Every group is restructuring for different reasons,” says Khouri. He attributes the Publicis restructure to leadership changes, preparation for the succession of Maurice Lévy and the loss of key businesses, such as P&G and Coca-Coca in North America. And, while WPP is not restructuring per se, GroupM’s introduction in the region is a new move, one that empowers the company and not the agencies under it – something OMG did more than five years ago, Khouri points out.

He says that, without being critical of anyone, he is “pretty confident that Omnicom is doing what’s right to address the challenges the industry is facing.” His confidence is backed by the group’s adaptation to the changing times and needs of clients, but how are clients reacting to the economic downturn?

“You have two kinds of clients: the long-term kind, who will see an opportunity in the recession and will either maintain or increase [investments], and the short-term ones who will reduce investment and look at ways of saving money,” says Khouri.

In the face of stagnant organic growth, it’s clear that today’s marketplace is flooded with short-term clients. So, communications groups such as OMG aggressively turn to new opportunities. “Organic growth is no longer there and new business should make up for that,” Khouri says. “Big groups will grow, because they have the clout and financial means to invest, while smaller groups will struggle and lose more business.”

Khouri is a strong advocate of digital, which has become an integral part of the media mix thanks to its permeating nature – often at the expense of other channels. Refuting the claims of experts who believe TV won’t die, especially in the Middle East, due to its pan-Arab nature, Khouri says: “Trends are trends anywhere in the world. TV is struggling globally, so I don’t see why it won’t struggle in this part of the world.”

However, he’s not referring to TV in all of its current multi-screen glory. “When you say TV, it’s the old way of sitting and watching TV. Video is going to survive and thrive,” he explains. In his view, it’s simple: as money moves away from traditional channels – such as satellite stations – into social platforms such as YouTube, Facebook and Twitter, “you have to follow the consumer.” He adds: “Money isn’t growing; it is a finite quantity. With the ­recession, the pie is shrinking and, within that pie, you have to be where the consumers are.” And the consumers are clearly on digital platforms – which is reflected in the medium’s growth. Today, digital takes up 25 to 28 percent of the market and TV dominates with a little more than 40 percent, but Khouri believes the two will be at par by 2018.

In the midst of shrinking budgets, digitization and an increasing reliance on data and tech, one key element is finding – or renewing – its place on the spectrum and in client budgets: creative agencies. OMD and PHD work with Omnicom’s brand agencies – Impact BBDO, TBWA\RAAD and DDB – “in a collaborative manner as much as possible,” says Khouri. Yet, he adds, “We have to recognize that advertising [instead of creative] agencies are facing many challenges today. They haven’t invested in data and technology as much as we have – and today, it’s all about data and consumer understanding.”

He candidly admits that media agencies have the upper hand with clients: “We’re sitting at the center of where the future is going to be for media, which is data,” he says. For him, the mere fact that media agencies are working with the likes of Facebook and Google, which represent roughly 70 percent of digital investments, is an indication of the future – one in which “creative agencies will have to restructure to be relevant.”

And, as agencies and groups globally restructure and reorganize themselves, Khouri has his own advice for holding companies: “Every communications company within the holding company is bound to compete with one another to get more business and we’re all becoming full service,” he says.

“The best way isn’t to bundle advertising and media agencies together, but to inject in each one of those companies whatever it takes to survive in the future and to build those independent brands on their own merit,” he concludes.