How personality-based targeting can help brands
Insights Industry
Back

How personality-based targeting can help brands

Vesselin Popov, business development director for the University of Cambridge Psychometrics Centre, delivered a fascinating keynote at Socialbakers’ annual Engage event on the accurately creepy research at The Psychometric Centre that enables them to know a person better than even their spouse through their Facebook likes, and how brands can benefit from personality-based targeting. 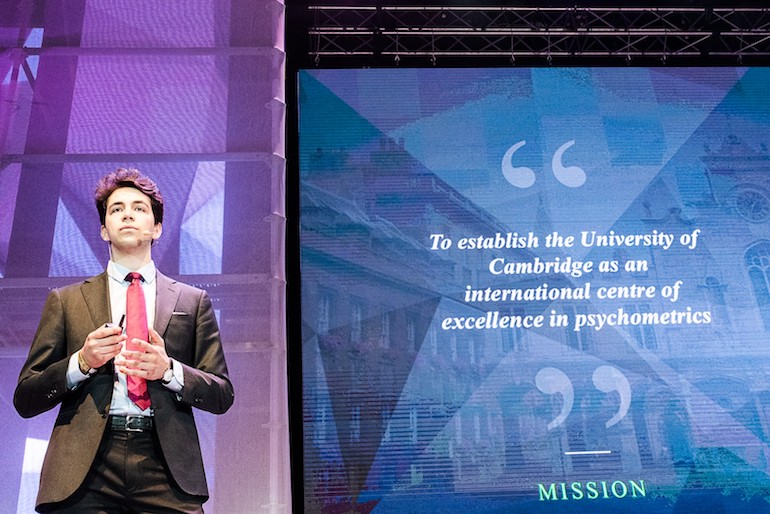 Vesselin Popov, business development director for the University of Cambridge Psychometrics Centre, delivered a fascinating keynote at Socialbakers’ annual Engage event on the accurately creepy research at The Psychometric Centre that enables them to know a person better than even their spouse through their Facebook likes, and how brands can benefit from personality-based targeting.

We caught up with Popov to pick his brain about how much he and his team can really tell us about through our profiles.

On how the center started working on commercial projects

The center was originally founded in 1989 at City University in London and moved to Cambridge University but it wasn’t until 2013 that the center started receiving interest and requests on using the research for HR and marketing.

There are still internal challenges in terms of hiring for the center, as it can’t do so like a regular company and has to go through the university. However, all the money brought in through commercial projects is fed back into funding the research.

On who works at the center

There’s a diverse mix of people ranging from the psychology and business students at Cambridge to psychology experts with some coding skills to Popov himself who has a law degree.

On the article that broke the Internet. Kind of.

“We were never sued by Facebook,” asserts Popov, going on to add, “We never do any political work for any kind. Never have, never will.”

On how creepily accurate the psychometric tests are

It varies by the trait and size of digital footprint, so the wider the range of behavior the team has access to, the more likely it is to discount unusual behavior and improve accuracy. But, 300 Facebook likes can tell you more about a person than their spouse.

On judging us for the embarrassing likes from 10 years ago

“Personality doesn’t really change with age,” says Popov. As people grow older they do become more conscientious but personality doesn’t change. Moreover, the center now has a decade of data so it can run models on earlier sub-samples of digital footprint and later ones.

Although in another 10 years, there could be a different model, which could potentially take into account changes in liking behavior as an indicator of changes in personality, so who knows what’s in store?

On the challenges of working with clients

Surprisingly, there’s a rather low understanding of psychology and ‘personality’ on the client even though they live in a very data-driven world, which means Popov and his team has a lot of educating to do even with the basics.

That said, Popov believes that personality-based targeting is only an additional layer to improving efficiency and targeting but it does not replace the traditional demographic and interest-based targeting. In fact, he humbly admits, it would even work better once those basics of marketing have been fully understood and implemented.