&#8220;It is unfair to say that digital is completely replacing TV&#8221;
Insights Industry
Back

“It is unfair to say that digital is completely replacing TV” 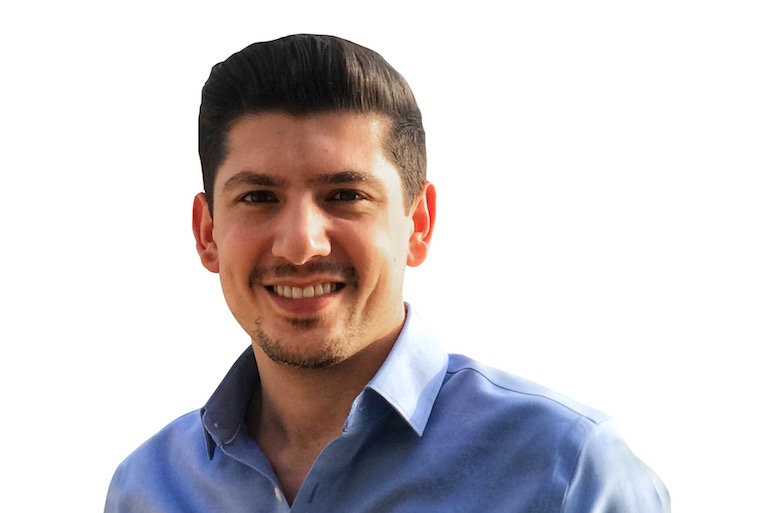 Who had ever imagined ten years back that spends on digital media or any other media could one day overcome the investments on TV advertisements? Whoever thought back in that period that what was offered as a free of charge media to support paid traditional media, would one day lead the spends across all verticals? 2017 has finally proved that it’s possible and the gap seems to have started to widen globally in favor of online platforms this year. While TV stations in our MENA region can be comforted by the fact that they still generate the highest advertising revenues, it might be only a matter of time until we witness the digital global feat translated into our MENA countries.

For almost a century, TV was the main source of video entertainment and news around the globe for people of all ages. Despite the fact that it is still the dominant producer of most of the big shows and formats in which marketers are associating their brands with, digital media spends in MENA are the ones growing – a trend we aren’t witnessing anymore on TV.

[Tweet “Mobile watch time is growing fastest in MENA at 90% YoY but TV is not dead… yet.”]

This is mainly due to the demographics of the population and changing consumer behavior as MENA is a young and digitally driven market with superior Internet penetration figures in some countries compared to the global averages. Social media platforms have been growing massively as users in our region are highly connected and enjoy longer online sessions than consumers in other parts of the world.

Despite the digital boom, both on a regional and a global level, TV still leads the mass in our market while digital media dominates audience buys and customer targeting. The difference in market share in MENA has shrunk to less than five percent, still in favor of TV. However, we have already started hearing claims that TV will die soon. Yes, digital media has grown significantly in the past few years, boosted by the rise and growth of several social media platforms, which have managed to gain major budgets from different local online platforms and other offline mediums. With that said, it is unfair to say that digital is completely replacing TV.

On one hand, we have witnessed a 15 to 20 percent drop in TV budgets in the GCC countries in the last two years where the market has been suffering and clients have been enduring budget cuts; however those figures were balanced in countries like Egypt where we have seen a significant growth in TV spends. TV has a high entry cost and it was normal to witness the recent drop in GCC when client budgets dropped massively. It would be no surprise though if TV numbers are back on the rise to recover a big portion of the recent drop in the GCC as soon as the market is healthier.

READ: Industry body takes a stance on gender stereotyping in advertising but why now?

At the end of the day, TV offers the reach, viewability and the brand safety, which reassures advertisers that their ads are being placed in a safe environment. The recent launch of a new PAN Arab TV station, catering mainly the Saudi market, didn’t come as a shock to the market as the television media scene is not yet fully saturated and consumers still demand more and more entertainment diversity.

Consumers seek content and are still choosing to watch TV content; however the viewing of that content has been changing as many consumers no longer have preferences for specific platforms such as the television. Despite losing some budgets on TV as a medium, the TV stations can retain a major part of this lost budget by offering advertisers the chance to target their audience through the same content, yet on diversified platforms.

Online TV and Video on Demand (VOD) represent the biggest opportunities for TV stations to make sure they’re capturing their full audience and maintaining their advertisers’ budgets. The biggest example in the region is Shahid, the VOD platform that mirrors the shows broadcasted on MBC Group’s channels, which have recorded a 24 percent growth in unique users between 2015 and 2017 and which represents a success story for Television groups on how to compete with the non-TV VOD platforms such as icflix, Starz Play Arabia and Cinemoz which have recorded significant subscribers’ growth figures in the same period.

Even though Netflix’s introduction in 2016 created a big hype in the market, it was not translated in subscription figures versus the expectations due to their lack of local and Arabic content although they still represent a decent market share.

On the other hand, OSN decided to go all the way, launching a VOD platform, WAVO, that provides users with the options of watching live TV, on-demand TV content as well as English and Arabic content not available on OSN’s TV channels, not to mention their OSN play platform available for OSN TV subscribers and which offers them on-demand content as well as access to live-streaming channels. We have seen TV stations going further than that and utilizing their premium content on their YouTube channels to capture those consuming their content on Google’s video platform.

Sales houses of those TV stations have a big role to play in this aspect, making sure they are always proposing a consolidated 360 model for clients to buy the reach among their audiences across all platforms rather than approaching them with separate discussions for traditional TV advertising and its online platforms.

Another key role for TV sales houses is providing clients with the option of buying their audiences on the online VOD platforms programmatically especially in months where the TV viewership is low. We have seen minimal to no activity in summer months in the region on TV advertising and thus programmatic buys represent a solution to capture the available and active audiences in these months.

READ: Marketing to women? “It’s not a lipstick and high heels story”

As long as TV brands can deliver good results on those new platforms and ensure advertisers a positive return on their investments, there are no reasons for them not to succeed and complement the traditional TV. No need to mention as well that introducing a new and credible TV audience measurement system, providing clients with accurate data on their campaign’s reach and audience behavior, will definitely encourage data-driven brands to reinvest some of their budgets on the traditional TV.

To sum it off, TV as a medium has lost budgets in which some might be non-retainable; however, if TV stations are considered as brands, the outcome can be different. Properly utilizing the different platforms in which consumers can watch that TV content, accompanied with a healthier market, can be the catalyst in which television brands can start growing back their recently lost revenues.