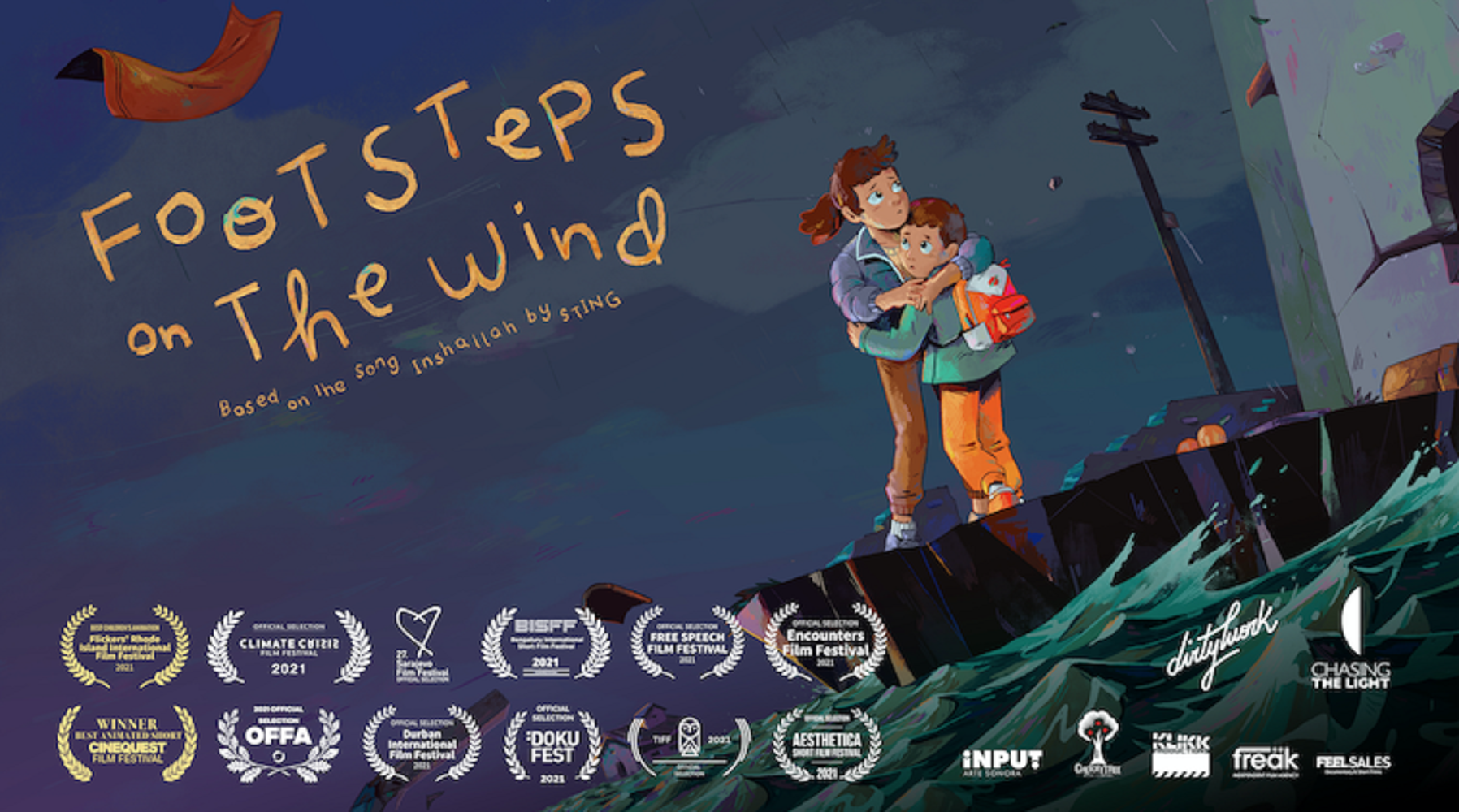 17-time Grammy Award-winning artist Sting gave his refugee-inspired song “Inshallah” to Palestinian director Maya Sanbar so that she could create an animation film as a therapy tool for traumatized refugee children and to raise awareness around the growing refugee crisis around the world.

Maya Sanbar’s animated short film, "Footsteps on the Wind," tells the story of two siblings who go on a mysterious journey after tragically losing their parents. It is the first animated short film ever made to a song by Sting. "Footsteps On the Wind" has won a variety of awards including, the Oscar-qualifying awards at Cinequest Film Festival and Flicker’s Rhode Island International Film Festival.

"To me, “Inshallah”- which means “iI God is willing, then it shall come to pass” - sounded like a prayer that people in this situation may recite. I imagined myself in that circumstance, wanting to bring my family to safety in a very dangerous situation,” said Sting in a statement.

Sanbar is a multimedia artist who can relate to the plight of refugees as her own family has a history of refugee displacement, her father having fled Haifa, Palestine in 1948. She joined forces with co-directors Gustavo Leal and Faga Melo, the founders of the Brazilian award-winning film production company Dirty Work, to create an animated film to the haunting tune, produced by her company Chasing the Light Studio. Sanbar, who wrote the screenplay for the film with screenwriter Pedro Paulo de Andrade, has worked on a variety of films and documentaries.

"Footsteps on the Wind" will be screening at San Diego International Film Festival from Oct 14-24.