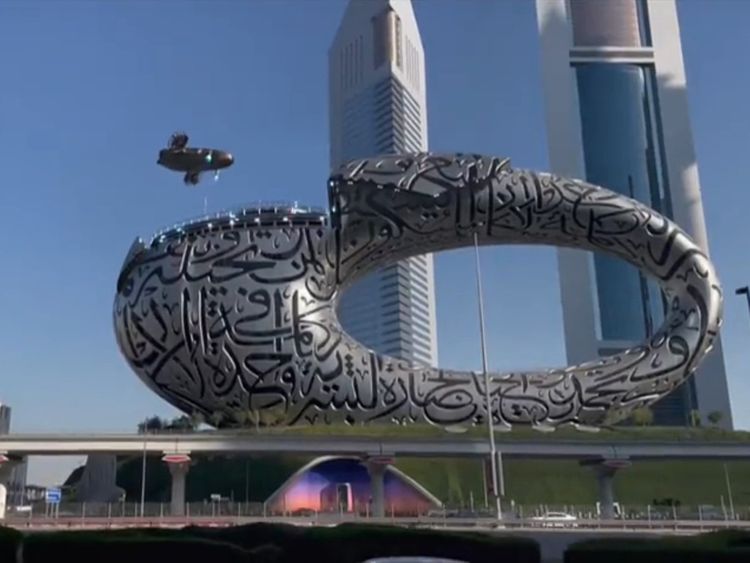 Between January 1-31, 2022, the top three most discussed topics were electronics, entertainment, and health, in that order, followed by education, finance, and automotive. 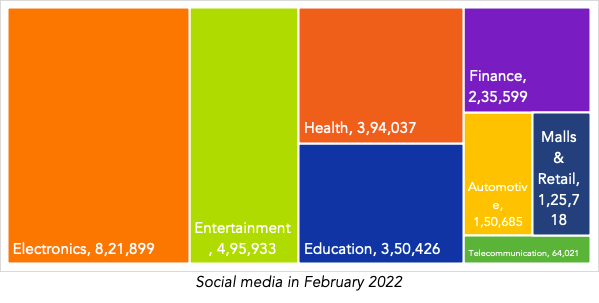 A month of contrasts, February started with the promise of international events and potentially fewer Covid restrictions and ended with the potential for another world war. News related to the Russian invasion of Ukraine would eventually make up for most of the regular discussion by the month-end, while sports & popular culture continue to represent forces that keep societies united.

Zooming in on February’s conversations, we saw that:

For the second month in a row electronics conversations are overwhelmingly filled by device giveaways and store offers. Nevertheless, device launches never fail to create buzz and so this time it was Samsung’s turn with its first Samsung Unpacked event of the year. The South Korean giant released its new series of flagship phones, the Galaxy S22 line which was received with excitement by Gulf tech enthusiasts.

Gulf gaming enthusiasts also had the spotlight as they rejoiced the launch of Elden Ring, the highly anticipated video game crafted with the creative insight of George R.R. Martin, the mastermind behind the Game of Thrones book series. The fantasy game was praised by Gulf users for its complex difficulty level, nuanced gameplay, and intricate story and world-building.

A combination of international sporting events, concerts, and popular media were the most important themes of the entertainment conversations in the Gulf. Building on their momentum from the beginning of the tournament, Mohammed Salah’s Egypt reached the final of the 2021 Africa Cup of Nations as the obvious favorites to lift the trophy. Most Gulf users, especially those from the Egyptian ex-pat community but also from other Arab nationalities, cheered for The Pharaohs online as the rest of the North African teams were eventually eliminated.

For the hot finale, Egypt found its match in Senegal’s National Team, led by none other than Sadio Mané, Salah’s teammate at Liverpool. The clash between the two Liverpool wingers became the center of attention from online fans as the match extended well beyond extra time and had to be decided in a penalty shoot-out. After an almost flawless team display, it was Sané’s right foot that led the Senegalese to the championship.

The action then moved all the way across the world to China as the took place in Beijing. Given its climate, winter activities are not among the most popular sports in the Middle East in general and in the Gulf in particular; however, the magnitude of the event made the Olympics take part in the conversation.

Discussions ranged from the competition’s environmental impact, as extra snow had to be transported to the capital for outdoor events to compensate for low snowfall, to organizational mishaps, with many reports showing subpar accommodation and food—to the extent that online users compared to the infamous Fyre Festival.

On a more positive note, however, these Winter Olympics represented the first-ever participation of a Gulf nation, Saudi Arabia. Fayik Abdi competed in the men’s giant slalom, one of the most iconic alpine skiing events of the tournament. Users in Saudi Arabia but also around the region congratulated the Gulf nation and the athlete for getting their very unlikely debut.

Traveling again, this time to California, the Super Bowl LVI was an important topic of conversation for Gulf users. The game itself, though, in which the Los Angeles Rams defeated the Cincinnati Bengals to be crowned NFL champions for the first time since 1999, was overshadowed by the iconic halftime show. 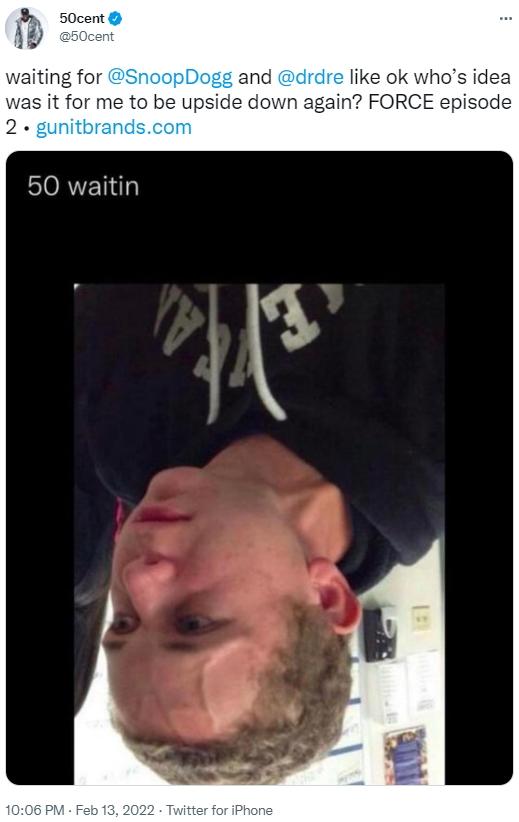 Exactly a day after the Super Bowl, Gulf users celebrated Valentine’s Day filled with memes and giveaways from many brands. But what probably was the most unique day in this millennium, the 22nd of the February, or 22.02.2022 was extensively discussed and shared by users and businesses alike since it’s the last time until the year 3033 that the date can be read equally from left to right or from right to left.

Shows also had a spot in the discussions of Gulf users, this time around controversial yet highly popular HBO teen drama Euphoria. Starring American superstar Zendaya, the drama show deals with serious and heavy topics, unlike many other mainstream coming-of-age series. Gulf users tuned in to the conversation week after week, following the timed releases of Season Two’s episodes.

Finally, a viral campaign caused not only UAE users but also netizens from around the Middle East to marvel at Dubai’s Museum of the Future. A video depicting a spaceship entering the museum’s building from a hidden hangar at the top of the structure spread rapidly across regional social media, prompting users to call it “the most beautiful building in the world”.

Covid fears and restrictions, the usual center of the health conversations, appeared to decrease this month as cases stabilized across the Gulf region. With the healthcare systems of Gulf nations returning to normal levels and as rapid test kits become widely available, mentions echoed the hopeful outlook of the public health situation in the region. Many offices and public spaces are increasing their in-person capacities and travel restrictions are progressively lifting.

However, and not related to the COVID pandemic, international conflicts gave users around the world reasons to worry. From February 24th, the Russian invasion of Ukraine became the most important trending topic in the world, with many Gulf users sharing messages of peace, relief efforts, and fundraisers to help the Ukrainian civilians. As usual, netizens found the space for humor and irony, making fun of the fact that we survived Covid only for World War III to begin.

Importantly, though, has been the racist coverage of the war as Western news agencies dubbed the war as “the first conflict between two civilized nations in our generation”. Waves of responses calling out the disregard for the non-Western lives that have been lost due to Western and Western-backed conflicts in Africa, Latin America, the Middle East, and the rest of Asia were shared by many in the region. Gulf users also joined the global #Uncivilized trend, criticizing the Western media’s discourse being centered on white people.