On the Third-Generation Internet...
Insights Industry
Back

On the Third-Generation Internet... 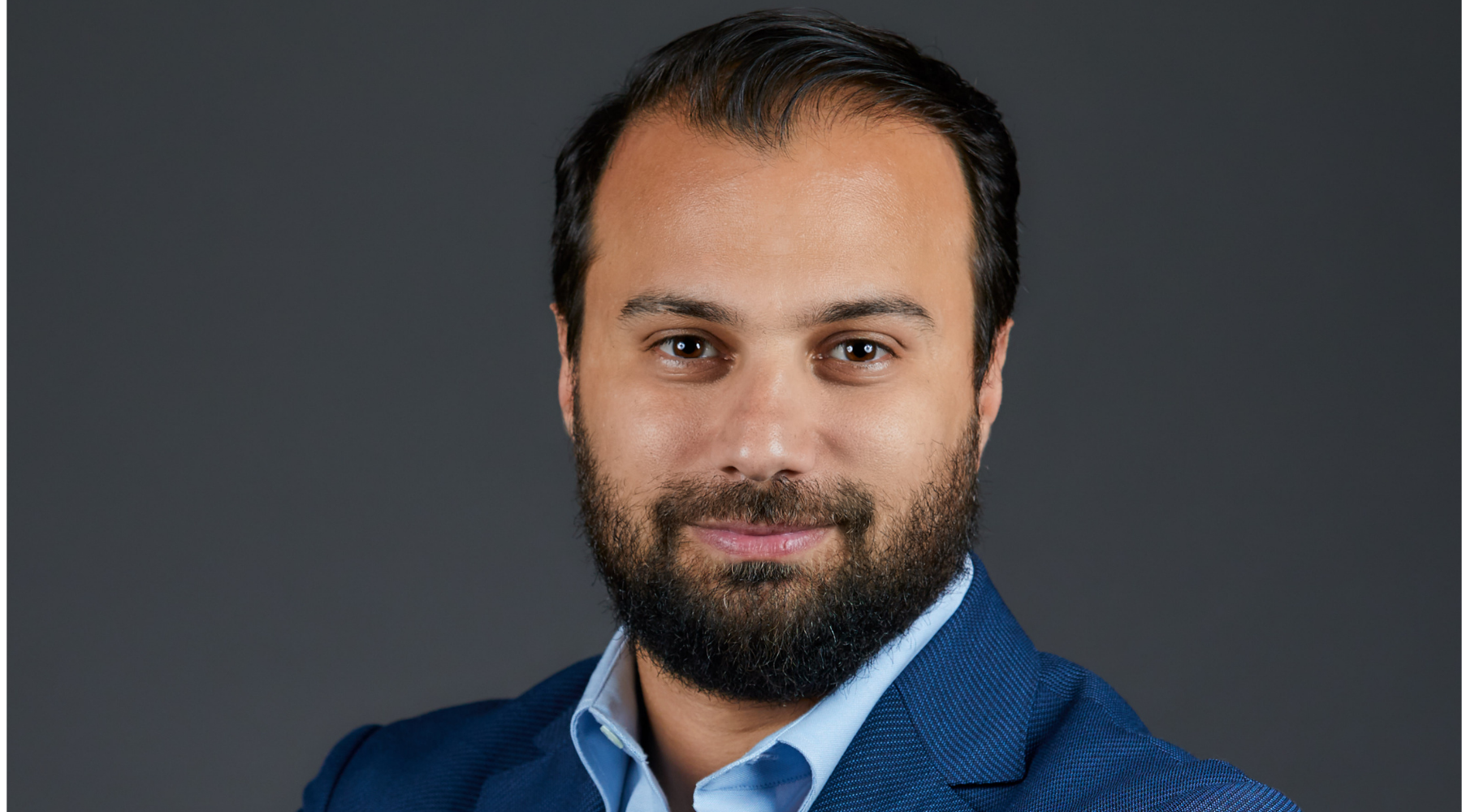 “Don’t talk, act. Don’t say, show. Don’t promise, prove.” I like this quote because it’s all about action. It mirrors my own mindset for the start of the year; I want to be driven less by theory and more by practical application.

Even before the pandemic, trying to look ahead and forecast in an industry as volatile as ours was an unenviable task. With so many moving parts and different factors at play – from new data legislation and emerging technologies to regulating the great GAFA (Google, Amazon, Facebook & Apple) machine – it’s been a turbulent couple of years.

Despite our promising regional recovery – a testament to the fine leadership of this country – we are still collectively stuck in limbo as an industry. It’s ironic, really, because, on the one hand, we are paralyzed by the uncertainty playing out in global markets, combined with ongoing restrictions; yet, on the other, we are implementing change at lightning pace, forging new partnerships and seizing opportunities that may not have been possible before the pandemic.

On a side note, I’m sure I’m not alone in wanting to ditch the word ‘pandemic’ from everyday conversation, but I’m a realist; we’re a long way off this being a footnote in our history. However, I do think the context will change over the next year, as we begin 2022 from a more optimistic vantage point. Why? Because the narrative is ready to change. There’s only so long we’re able to hold back and two years feels like a lifetime when you consider what we have lived through. It’s time to go ‘all in’ again.

Risks can yield great rewards. Mistakes keep us hungry. This has always been my mindset and now, the same needs to apply to the digital advertising industry at large. Once the black sheep of the ad world, it’s coming more and more into its own with new technologies hyping up the market and driving further complexities and opportunities for growth.

It feels as though we are at a significant crossroads, but I consider 2022 as the starting off point – not the tipping point – for some of these new(ish) concepts. Honestly, we need to explore whether these buzzwords can move beyond the hype into implementation, full stop. There is a promise, but also stumbling blocks that need to be addressed first.

Imagine an online world where ownership and power are more widely distributed; a worldwide web dedicated to user experience and data safeguarding. Sounds great in theory, doesn’t it? That’s the current vision of web3. The main draw is that its decentralized blockchain protocol will enable users to browse the Internet on their own terms, controlling who profits from the information being shared and compensating accordingly. This privacy-focused agenda has already been talked about at length, especially as GAFA continues to be scrutinized for its data dominance, profiting heavily from the current system.

You can see why web3 could shape up as a way to ‘create peace online,’ at least in the very general sense. My take is that the blueprints are promising from the perspective of creating equality online, as it will allow those outside the walled gardens to compete in a fair and open space. For users, a more transparent model for them to clearly monitor ad tracking is also appealing.

Still, I come back to my original opinion; as of right now, it’s a utopian vision that will be difficult to implement anytime soon. That’s not to say that web3 won’t happen, but I still have a lot of questions about the ‘how’ over the ‘why.’ That argument is well made, although I imagine Silicon Valley isn't exactly doing cartwheels about it. Could the introduction of web3 spell the end for big tech domination, or as we have seen in the past, will it merely help the rich get richer?

Perhaps the answer lies in an intersection between Web 2.0 and web3 to fully unlock the potential of blockchain technology and open up the web to be more democratic. Ultimately, the future of the Internet has yet to be fully decided or understood. Things remain fluid, but I think we can all agree that whatever comes next, the user experience will be at its core. In the meantime, we have concepts like blockchain and NFTs (non-fungible tokens) gaining traction as products of this web3 future reality. We’re not done yet, that’s for certain.

That’s according to Collins Dictionary in case you were wondering. If you think that seems crazy, the use of the term increased by 11,000% last year with a market worth of $40 billion, so the hype is certainly real, if perhaps a bit premature. Look, I'm not saying that we shouldn’t focus on the good part of NFTs, but when you see headlines about Jack Dorsey selling his first tweet for $2.9 million or someone paying $600,000 for the artwork of an animated flying cat with a pop-tart body, it’s hard to justify its validity among other, more established tech.

However, context is important here too. NFTs offer a unique digital certificate that identifies and provides exclusive ownership on the blockchain, essentially giving collectors a way to own something entirely original. Therein lies its value. Of course, a minor flaw is that currently there is no NFT verification, so people can just copy the underlying files. Not great. Still, I have no doubt that this will be rectified as NFTs inevitably gain more traction in the coming year.

The way I see it, the main barrier to entry will be the investment needed. We are coming out slowly – or not, as the case may be – from Omicron and feeling the ongoing effects due to economic turbulence. As such, this could be a hard sell right now and could slow down widespread adoption. I think there needs to be a focus on purpose, relatability, and credibility, so we move the conversation away from the mega-rich buying exclusivity online and it becomes more accessible to the everyday consumer.

If the indicators are correct, this isn’t just a flash in the pan; it has real potential to grow beyond artists and creatives as a way for brands to differentiate themselves, particularly as our experiences are no longer restricted to a screen. Soon, they will be all around us, giving marketers a free pass to think in 3D. Hello to the new Metaverse.

Blockchain: the missing link to transparency

The final concept I want to look at is blockchain – easily one of the most talked-about ‘trends’ of the last few years. ​​I can see why. The promise of transparency combined with improved effectiveness and a way to tackle ad fraud is very appealing, and when you merge it with the potential of web3, then you can understand the industry’s excitement.

On a basic level, blockchain allows for a fully transparent mode of media buying, working to drive greater data insights, improve efficiencies, and further shore up the supply chain to secure a safer digital environment overall. Additionally, deploying blockchain in digital ad campaigns can help mitigate the risk of ad fraud, offering enhanced visibility in real-time and allowing suppliers to match user IDs to account for any spillovers of ineffective impressions.

This is already happening in the market, so now we need to look at what comes next. It’s clear that, with the ‘arrival’ of web3, there is a real drive towards making the Internet smarter with the way it interacts with people. From data and privacy to the way users ask for information and transact online, blockchain will be an essential component of facilitating this.

We are seeing more power/resources being given to ‘the machine’ to up their game amid growing user expectations for how their online experience should be. More accurate answers and recommendations are routinely expected, which, if web3 does come to fruition sooner rather than later, could see smaller companies benefit from this kind of data sharing.

Nothing will happen overnight, but it’s clear that, for this new reality to actually be viable, all these technologies will need to speak to one another, complementing rather than obstructing. It’s a lesson for all, really; work together and you can achieve great things… It just takes time.