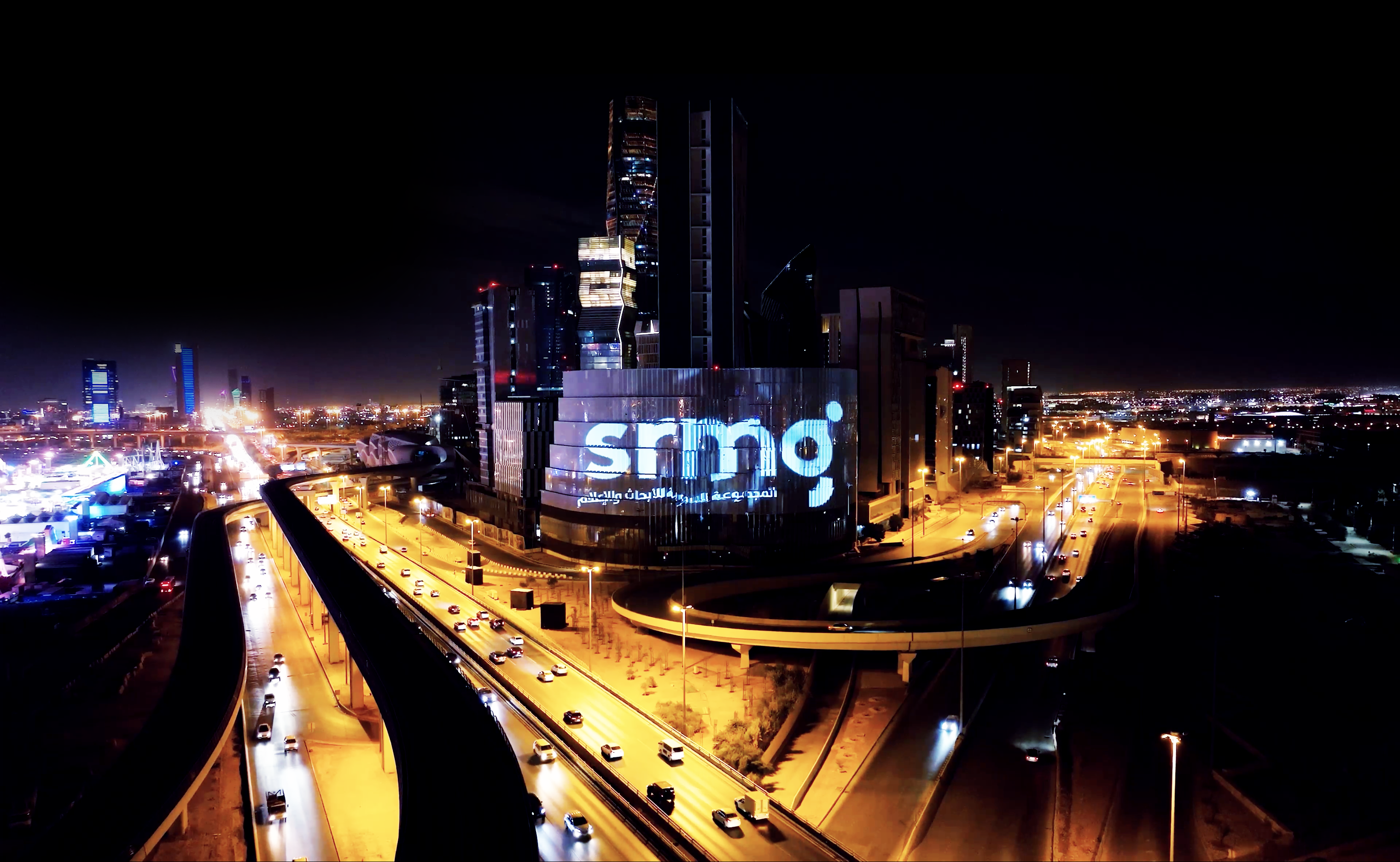 The Saudi Research & Media Group (SRMG), announced its new headquarters in the King Abdullah Financial District (KAFD), the new global center for business and commerce in the capital city of KSA, Riyadh. The announcement of the new headquarters comes in line with the growth and expansion strategy announced by the group last year, which aims to cement its leadership position in the media sector in the region, redefine the regional media landscape and support its efforts to become one of the key leading media groups globally. The move lays the foundation for a global creative media hub in the KSA that brings together the most prominent media, technology, and content companies.

The new state-of-the-art headquarters will allow the group to meet the aspirations of millions of readers, viewers, and followers from across the globe monthly. The new environment, which will feature market-leading digital technologies and data capabilities, will enable the group to foster stronger integration and optimize synergies between the Group’s businesses and talent and support the development and digitization of its media platforms. It will also enable the group to enter new fields such as events, conferences, exhibitions, and book publishing, as well as support the Group’s research and polling capabilities.

The new headquarters will house the Group’s various media platforms and businesses under one roof including Asharq Al-Awsat; Asharq network which includes Asharq News and Asharq Business with Bloomberg, Arab News, Independent Arabia, Argaam, Manga Arabia, Sayidaty and Hia magazines, as well as the Group’s businesses: SRMG Media, SRMG X, and SRMG Think, ultimately leading to the establishment of a thriving creative media hub at the King Abdullah Financial District (KAFD). The group’s integration will also strengthen its position as a preferred media partner and builds on the success of its existing partnerships with leading institutions such as Bloomberg and The Independent.

The new headquarters in the capital, Riyadh, marks the beginning of the Group’s global expansion, including that of the Asharq network and its platforms Asharq News and Asharq Business with Bloomberg, with plans to establish several global offices in Washington and Singapore, in addition to its current offices in London and Dubai. In addition, the Group will employ top-of-the-line studio technologies with data-based capabilities, including social media, podcast, and virtual reality studios, and introduce new content offerings such as cultural and scientific documentaries, supporting the Group’s legacy as a trusted source of news and information. 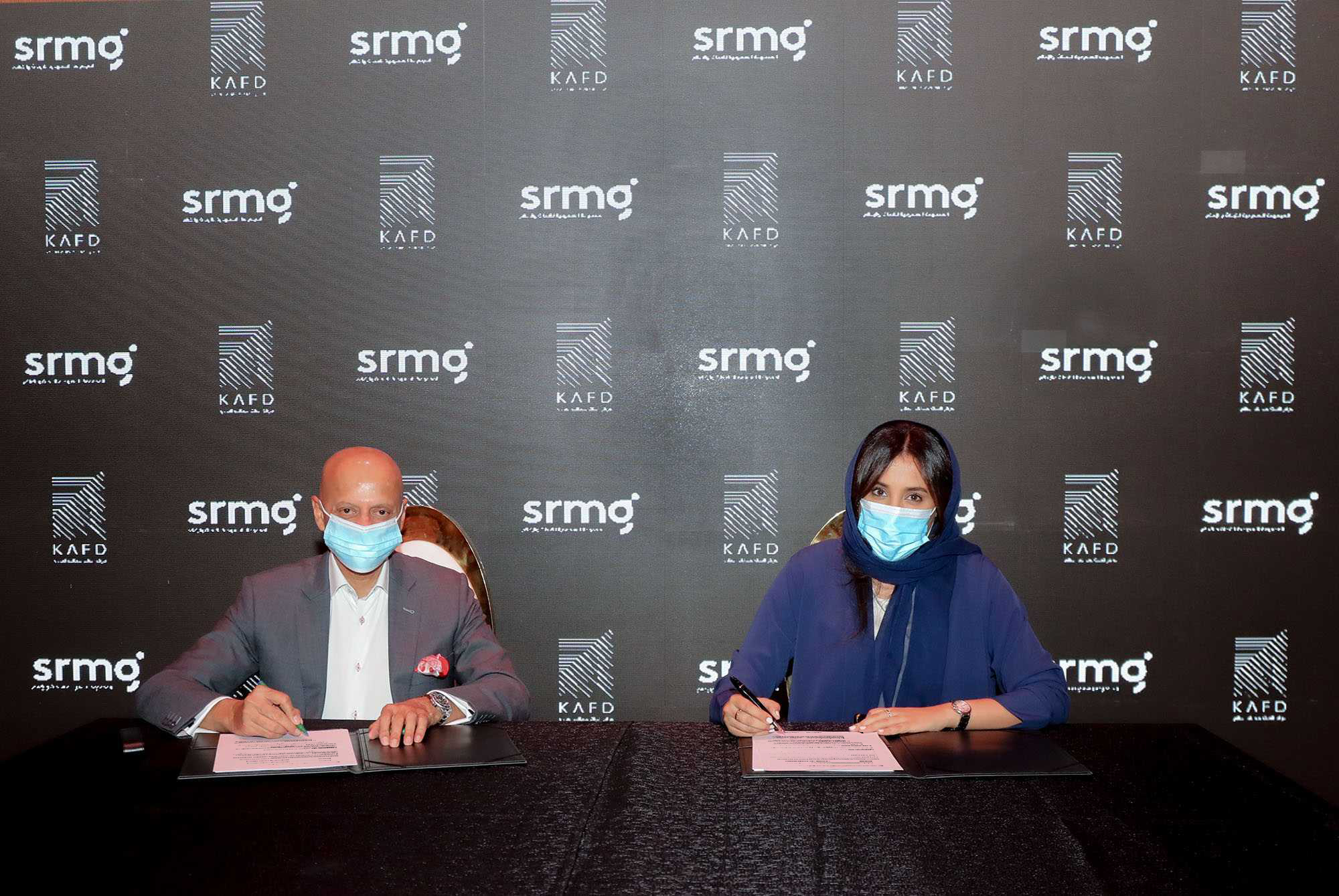 Singing ceremony of the newly inaugurated headquarters of SRMG

Commenting on the announcement, Chief Executive Officer of SRMG, Jomana Al-Rashid, said, “Our vision for the new headquarters is to drive the creation of a global creative media hub at KAFD in particular and in the city of Riyadh in general. The Group’s headquarters will attract creative talent and provide numerous career opportunities across more than 30 media platforms in all disciplines and fields, including content creation, journalism, production, directing, writing, event management, and more. SRMG will also serve as an incubator for entrepreneurs by offering investment and strategic support, and facilitating new business opportunities underpinned by the latest technologies in connectivity, communication, and data analysis, which will ultimately lead to a great positive impact on the Group mainly and the wider media sector”.

“The King Abdullah Financial District (KAFD) is considered an architectural masterpiece, characterized by the integration of its services and its pivotal location, all of which are success factors to attract the greatest talents and produce creative work,” added Al-Rashid.

Gautam Sashittal, CEO of King Abdullah Financial District (KAFD), said, “The establishment of the headquarters in KAFD for the most prominent regional media group is an important step in our development as a premium business and lifestyle destination in the region. The presence of the new headquarters of the Saudi Research and Media Group will contribute to enriching the business environment within KAFD, in addition to its contribution to attracting talent and stimulating growth and expansion. We welcome SRMG to KAFD; together we will support the Kingdom's future as knowledge and information-based economy."

The King Abdullah Financial District (KAFD) is set to host the headquarters of many international companies and serve as the center of the Kingdom’s digital economy. SRMG’s new headquarters is located in the fourth district at KAFD and will consist of 10 floors to accommodate around 1,200 employees. The interior spaces of the new headquarters, to which the Group will gradually move, are designed to encourage cross-collaboration and provide an interactive working environment.