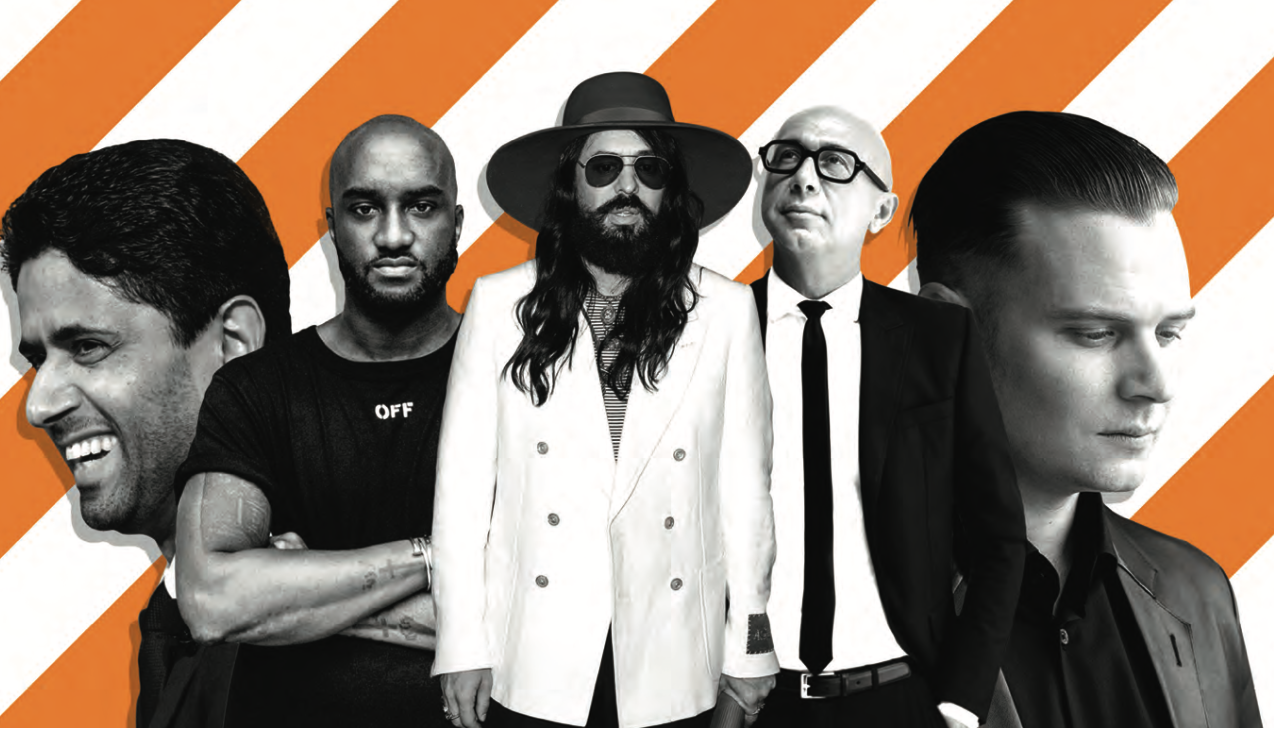 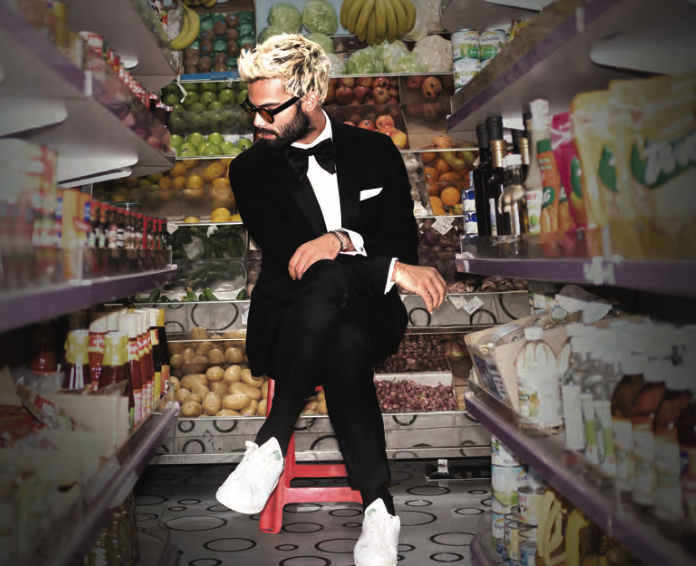 If the European and Asian luxury markets are showing clear early signals of a post-pandemic rebound, it’s in part thanks to their connection with Gen Zers – a shift that many brands are still choosing to ignore. We’ve all been guilty at one point or another of casting this young generation away as tomorrow’s great challenge, with comments like “THEY are not our customers yet, why should we care?” “THEY will come around when they decide to grow up,” or “Do THEY even know what they really want?”.

Make no mistake; as comforting as these claims might sound to you today, they’re all mis- conceptions that will put you on the back foot for the next decade if you don’t act on them now. So, what is it that brands like Gucci, Balmain, or Dior get that others don’t? Is it their product mix? The way they’re priced? Their latest campaign? Nope. The answer has a little more to do with cultural relevancy.

Take a walk on the wild side - You can (and should) be more than what you sell. There is something comforting about the idea of being confined to one category. We tend to look at the same success metrics year in and year out – give or take a couple of market shares gained thanks to a packaging’s new font that had tested favorably with a focus group – and anticipate the move of the same three competitors we deem to be threats. If we’re honest, we marketers sometimes tend to look at the world through the lens of the single most important industry there is: the one we operate in. What that does is that it stifles innovation, almost certainly limits growth opportunities, but definitely impairs creativity and the ability to connect with a younger, fresher audience.

My first case in point is a bit of an oddball (no pun intended): [French football club] Paris Saint-Germain, which achieved close to a +700% growth in less than a decade, according to HBR’s 2020 “Building One of the World’s Top Brands.” Now, if you think the PSG’s positioning has anything to do with football, you’re wrong, at least partially. The PSG understood faster than most legacy clubs that growth won’t come from die- hard young football fans alone, especially not in NBA-dominated markets like the US or Asia. So, instead of wasting money and energy trying to convert millions of Gen Zers to a sport or a team they have a limited interest in, the PSG started a conversation everybody would get behind: the idea of Paris and everything that comes with it – fashion, art de vivre, and, of course, luxury.

The club entered into a multi-year agreement that even houses like Dior or Gucci would not turn their back on, with the undisputed king of premium-sports brand: Jordan. The American label had become the ultimate luxury player in the sneaker category by introducing a winning balance between heritage, scarcity, storytelling, and one-off collaborations. Today, Jordan is so premium it’s hardly even a sports brand but when it is, it stands for athletic merit and... *drum roll* basketball. This partnership requires Jordan to supply fans with a catalogue of over 200 products, ranging from limited edition sneakers that kids line up for days in advance, to capsule collections sold in the world’s most exclusive concept stores. Where other clubs have a merchandise team, the PSG created a fashion department to ensure its development on the sartorial side of the ball is as ambitious as it is on the pitch.

By acting and behaving like a luxury-lifestyle brand, it has managed to get more eyeballs on its logo, more chatter online, and more sales in the cash register than almost any other football team in the world – removing itself from the rat race most of us find ourselves stuck in. PSG understood before any brand in sports that the true value of its audience’s interest lies way beyond the field and that, as exciting as football might sound (and it does to me as long as it’s PSG), your customers passion points are way more diverse – and desirable – to them. The team’s relevancy tomorrow will obviously be linked to their performance on the field but, take it from me, their next collection will be equally important.

Understand that community eats individuality for breakfast - In pursuit of belonging through a common cultural language. We’ve all been fighting to establish that one-on-one relationship with our audience through sophisticated marketing and intricate use of data and retargeting. But truth is, the most connected generation ever also happens to be the loneliest ever. Yes, they’re spending more time than any other on their screen but they’re trailing behind where it matters most: relationships.

Today, brands can play a big role in trying to fill that void, provided they understand that what Gen Zers really expect from them has less to do with helping them define their individuality – they don’t need us for that – but rather with creating the right opportunities to make them feel part of something bigger: a community. The community I am referring to here is not about the number of followers you have on your social media pages, but about uniting a group of individuals via a transversal cultural conversation.

One man who’s understood the need to create such dialogues is Virgil Abloh. Kanye’s ex-collaborator is known to wear many hats: Artistic Director at Louis Vuitton; owner of his own label, Off-White; and DJ by night. Of all his occupations, none matters more than the latter to understand what it means to create a cultural language. His taste for collabs – with Nike, Ikea, or Mercedes-Benz – is very remi- niscent of early ‘80s Hip Hop. Back then, DJs were more than the guys spinning the records; they were tasked with capturing the spirit of the times by gluing an entire ecosystem of different art forms together, from rapping, beatboxing, and breakdancing to graffiti.

That’s what Virgil Abloh does. A little like Def Jam Records, he’s become a zeitgeist of all things relevant – one that has less to do with creativity than with curation and his ability to mix academic culture with pop culture.

When most fashion labels were still busy debating whether or not Fashion Weeks are still a thing, Virgil Abloh introduced his latest Spring/Summer 2021 collection, titled “Adam is Eve,” with a category-disruptive online platform called “Imaginary TV.” A multidi- sciplinary digital experience, “Imaginary TV” democratizes Fashion Week through a series of cultural capsules, highlighting the collection as well as an incredible lineup of perform- ers. Just as the title suggests, “Adam is Eve” blurs the lines and builds bridges. Viewers can flip through channels and experience musical performances, dances, and footage of the brand’s own artisans at work.

By erasing boundaries of gender, distance, and artistic performances and by recruiting young emerging artists, Abloh not only managed to find his voice, but he’s also managed to capture the attention of an entire generation in search of belonging.

As you get ready for your next big mar- keting meeting, the question you should ask yourself is not whether or not your emotional or functional benefit is coming across clearly on your social campaign but, rather, if you’ve truly nailed your cultural selling proposition – a cultural selling proposition that is bigger, richer, and more relevant than what your brand footprint could ever offer. It will require you to be in touch with what’s happening around you and to have the ability to create at the speed of culture, so that you become relevant to those who will be your main concern for the next 20 years... not tomorrow, but today.