The kids are all right
Insights Culture
Back

The kids are all right 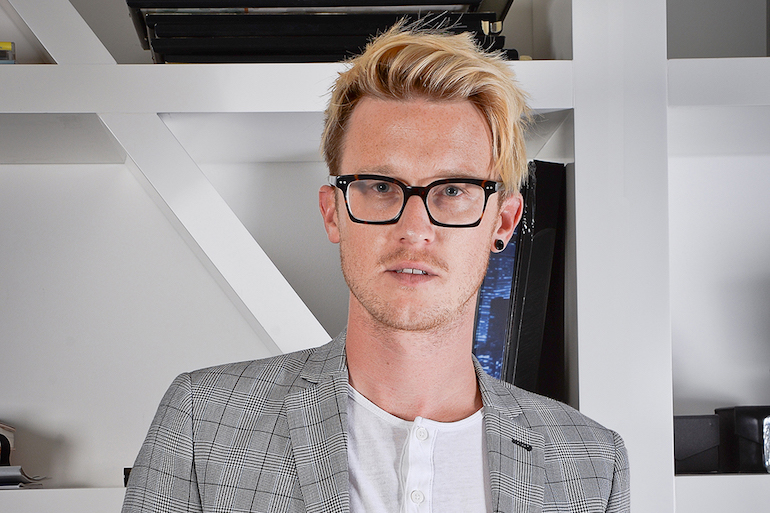 Diversity in the ad industry has been a topic of much discussion, reaching something of a media crescendo over Kevin Roberts’ comments about the gender debate being “over”. Gender diversity – and equality – covers a number of areas, from equal pay to seniority of female staff to actual changes in recruitment policies. It’s a discussion that needs to happen and arguably one that won’t ever reach a unanimous conclusion.

Gender diversity has paved the way for broader discussions around diversity. Of course, diversity in a work environment is an elusive term; it can refer to so much: religion, height, ethnicity, shoe size, hair color, weight, gender… However, an area of diversity that requires not only discussion but also vocal opinion from the top of our agencies is age.

New kid on the block

In the words of Helen Lovejoy: “Won’t somebody please think of the children?” The very nature of advertising demands diversity in age. The argument is simple: how can we build strategies and market to demographics we can’t understand? I’d be far more comfortable and effective working on a youthful sport brand than on a client selling dentures. Of course, this is a rather simplistic view. Yet, my foray into advertising is a perfect example of it. In the not too distant past, brands began to recognize the necessity of hiring people dedicated to social media. Marketers, agencies and recruiters are used to hiring based on experience of the candidate, but how – and who – do you hire for a medium in its infancy? Therefore, there was a tendency to go down the route of, “My son has Facebook… He’ll be perfect.” Thanks, mum.

Achieving true diversity within an industry as epic in scale as advertising is not an easy task. Let’s put it in marketing terms: what’s our KPI here? Will someone tell us when we’ve achieved it? No.

True diversity needs to happen on a micro level within our agencies. During the football transfer window, a football club doesn’t buy 11 new players to complete their team for the next season. It acquires key personnel to ensure a diverse team: a pacey left-footed striker, a tall attacking midfielder, a physically imposing defender and so on.

Similarly, each client team in an agency should reflect this model: building a client-specific line-up based on abilities and diversity. It’s far easier to build multiple, diverse client teams than attempt to assemble a flat-pack diverse agency. Agency diversity will simply be a natural outcome of such micro teams with a range of personalities at their core.

In today’s ad world, there are no skills exclusive to age. Why are designers in their 20s less capable than those with more than 20 years’ experience? Young and old talent within an agency are the key ingredients to creating something magical; I remember producing some nice creative ideas when I first entered the intrepid ad world, but was clueless when delivering my vision to a client. My far more experienced colleagues fast became my proverbial Mr Miyagis. If there were a set formula to successful advertising or marketing, the competitive agency world wouldn’t exist (and you and I would be very rich). It’s one of a handful of industries that is constantly evolving both in terms of technological capabilities and the resources to deliver them.

There seems to be a divide in how the media approaches the role of millennials in advertising. Industry publications (like the one you’re reading right now) actively celebrate the role of ‘the youth’; rather than using their age as the main emphasis of the article, the focus is on skill, talent and actual work. However, broader publications seem to enjoy the stereotyping of the advertising millennial: “Young professionals, balancing Apple laptops on their knees, drape themselves over space-age chairs near a cafe that sells fresh juice and subsidized snacks. On one floor, plants cover walls, making the office look like a jungle. Elsewhere is a Ping-Pong table.” (New York Times, April 2016). No talk of talent.

Even at the age of 28, I’m witnessing the next generation of youth enter advertising. Whether they are freshly graduated locals or Europeans with one or two years of experience landing in Dubai, they are bursting with enthusiasm, passion and intrigue. This, in turn, is a benefit for the entire agency because it’s infectious!

To say the world of advertising ‘needs diversity’ is a lazy statement. What the industry needs, just like a successful football team, is a set of individuals from different backgrounds, with different skills, varying ages and methods of working, who, when put in a tight team, are complementary and collaborative to ultimately create something meaningful.

In the wise ‘old’ words of Oscar Wilde: “The only people to whose opinions I listen now with any respect are people much younger than myself. They seem in front of me. Life has revealed to them her latest wonder.”