Twitter celebrates the #BestofTweets 2021 in MENA
Insights Industry
Back

As the year comes to a close, Twitter is celebrating some of the brands that tapped into their audiences’ emotions while also surfacing to the top with the best campaigns. 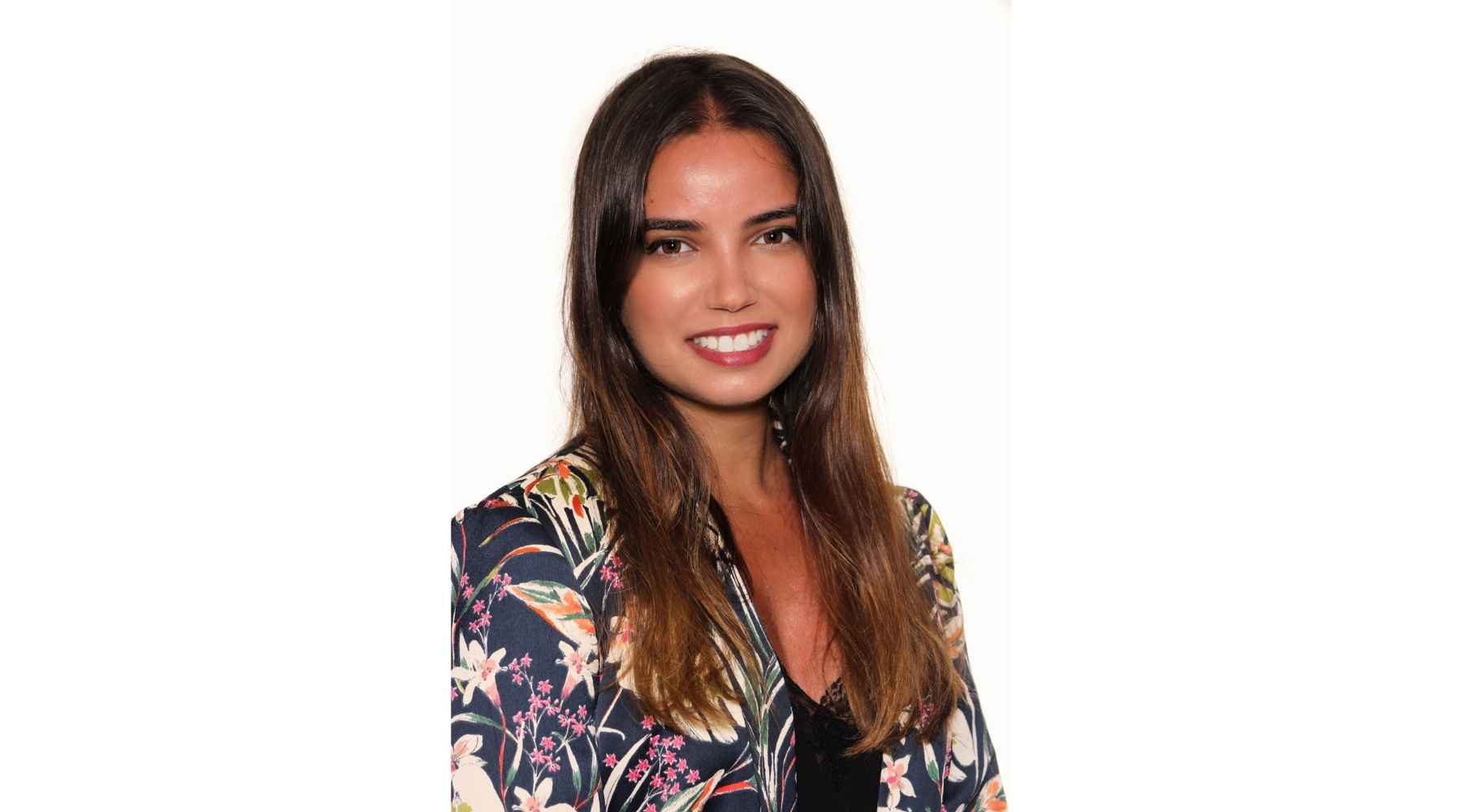 Whether it was leveraging conversational insights or Twitter’s product suite to revamp plans, throughout 2021 marketers have continued to step up creatively, using Twitter to stay agile and relevant. Commenting on the yearly report, Carla El Maalouli, Head of Business Marketing MENA, said, “2021 was a year of opportunity, from reopening of borders to easing of restrictions and regulations. Yet, it was not without its unique challenges, including cutting through the clutter to elevate, entertain, and connect. The real-time nature of Twitter provided the ideal space for brands to step up and take action to inform, support, and entertain people as we continued to move toward post-pandemic life. They’ve been busy launching award-winning, perception-shifting, innovative campaigns throughout the year but as we reflect, the question remains, who are the brands that grabbed people's attention this year?”

As we look back to the past year, here are some of the brands that broke through, securing a spot on our annual #BestOfTweets list for the region:

The best ‘launch with impact’ campaign by Lexus KSA @LexusKSA

For the global launch of the 2021 Lexus IS, Lexus KSA turned to Twitter to connect with its audiences in Saudi Arabia to spark conversation, increase awareness of the new model, and live-stream the event. @LexusKSA hosted a Twitter live event, a Trend Takeover to build anticipation for the launch of the new Lexus IS, in a phased approach.

The first phase saw @LexusKSA teasing Saudi audiences with brand notifications ahead of the launch, keeping auto enthusiasts in the loop with updates on the event and on how to join the live stream. The live event attracted a viewership peaking at 500,000 in the first few hours. Featuring electronic duo ‘Dish Dash,’ the launch helped Lexus KSA to engage with an even wider audience, maximizing awareness and sparking conversations. To sustain the hype, the brand then used the Twitter Trend Takeover solution, serving those who missed the live stream with information to catch up on. To convert this awareness into action, website cards guided prospective customers to the Lexus IS landing page, where auto fans took the next step in their purchasing journey. The live event boosted excitement around the campaign to fever-pitch, with over 60,000 live viewers tuned in for the event and overall viewership reaching 500,000 over the first few hours. The impact on brand metrics was huge. Brand awareness among engaged audiences rose by 15% while brand favorability grew by 19% and brand awareness via video users increased by 11%.

The best ‘connections through space’ campaign by STC KSA @stc_KSA

This year, the launch of Twitter Spaces, a unique feature based on live audio conversations on Twitter, coincided with Ramadan. Taking advantage of the moment, STC partnered with Rotana Music, introducing the second season of its show, titled "Sawalef Ramadaniya," with this new form of live audio. The campaign adopted a dual approach. STC used Twitter Amplify to showcase ways of accessing Rotana Music’s content and teasing audiences post-broadcast with highlights. To build hype around the Twitter spaces sessions, the brand also featured a pre-roll video campaign consisting of teaser content that previewed episodes in the 24-hour run-up to showtime. Following this, STC used Twitter’s brand notifications to remind fans to tune in ahead of the broadcast, with each subscriber receiving a notification before the space went live. Throughout each episode, the product was featured as a pinned tweet in the spaces interface. After the show had ended, STC followed up by promoting video highlights on Twitter to extend interest and conversation. The results highlight the powerful cut-through with the brand notification receiving over 2,700 subscriptions in four weeks. This led to the campaign generating more than 78.5 million impressions and more than 8.1 million video views.

The best ‘change for good’ campaign by Mastercard MEA @MastercardMEA

In June 2021, Twitter became the first social media platform to offer a new language setting – feminine Arabic that acknowledges and better supports the feminine form of the language. Mastercard saw this as a perfect opportunity to align its own inclusion narrative. Mastercard MEA launched a two-phased campaign with a narrative crafted around inclusive messaging. Phase one saw the brand announcing its pledge to support the #FeminineArabic initiative with an animated video ad. To reach a wider audience and spread the message further, Mastercard MEA then launched a trend takeover in the UAE, taking the top spot on Twitter’s Explore tab for 24 hours. As momentum grew, the campaign sustained and amplified the conversation in the second phase, passing the mic to its audience and asking them to share stories of how the women in their lives have positively influenced them. Another tweet further sparked conversation around the language itself, with users sharing their favorite words in the feminine form. The campaign launch coincided with Mastercard’s global community day to champion the narrative and saw a total of 19.8 million impressions and more than 6.7 million video views. Most importantly, the campaign kicked off a strong conversation, seeing over 300,000 engagements across both the UAE and KSA, with the audience contributing their own inspirational stories in celebration of the #FeminineArabic movement.

Curious about the countries participating in Expo 2020 Dubai? Mention us using #Expo2020 + any country flag emoji, and we’ll send you something new to discover about the country of your choice! Tweet @ us now 🙌 pic.twitter.com/j9IH4iiJPK

One of the most anticipated events of the year, Expo 2020 Dubai wanted to drive engagement ahead of its official opening and put out a glimpse of what to expect on the ground. Looking to excite audiences with a unique approach, @Expo2020Dubai worked with Twitter’s creative technologists to create a custom emoji engine allowing their audience to personalize the experience. Whenever someone tweeted a country flag emoji alongside the official Expo hashtag (#Expo2020), they would receive a notification that included a unique video featuring facts about their chosen country's pavilion and its architecture. The unique activation not only educated audiences across the platform but also kept them engaged and intrigued to try as many emojis as possible.

For the launch of the new Yukon, GMC wanted to steer the conversation towards the idea of legacy, following the discovery of a series of 20th-century century poems by motorists. Rooted in cultural insight, GMC seized the opportunity to connect with poetry enthusiasts in KSA on Twitter. It partnered with broadcast network Rotana, which provides a major contemporary voice for the Arabic poetry scene, launching the ‘Legacy of Verse’ poetry competition via a series of high-impact video ads. @GMCArabia then challenged the Saudi audience to pen an original poem inspired by the Yukon campaign, deploying Twitter Conversation Cards that called on audiences to get involved with call-to-action buttons, as well as video ads amplifying engagement across Twitter. The ‘Legacy of Verse’ campaign drove over 7.5 million video views and the GMC Yukon generated buzz during the competition, achieving more than 226,000 engagements. To top it off, @GMCArabia achieved their largest-ever follower growth in a single month, highlighting a boost in brand awareness.