What does Twitter&#8217;s new 280-character limit mean for regional brands?
Insights Industry
Back

What does Twitter’s new 280-character limit mean for regional brands? 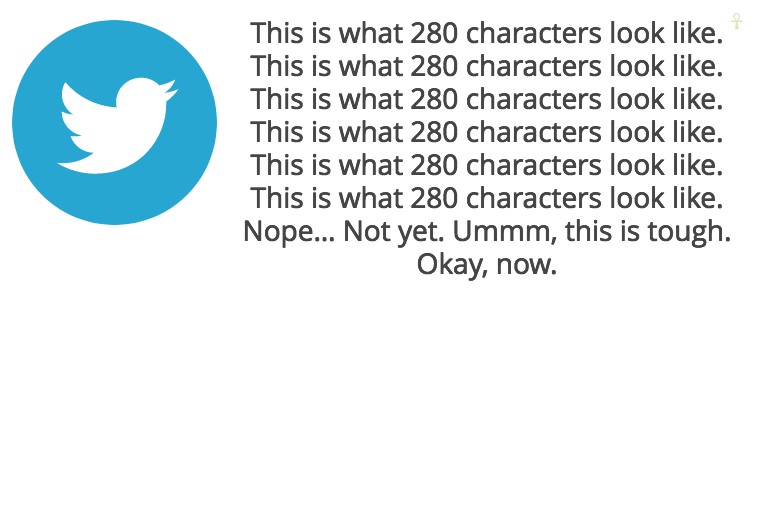 Yesterday, Twitter announced that it is testing 280-character tweets. The option is randomly offered to certain users. Of course, Twitter and rest of the Internet reacted in typical style with a mix of ranting, humor and some love.

In fact, according to a Twitter poll by CIPR UK, which has 378,000 followers, an overwhelming 64 percent disagreed with the move while 19 percent said it could be a “smart move” and 17 percent remained unsure.

In a press release, Twitter explained that the 140-character limit is a challenge for users who tweet in English and Arabic – although those tweeting in Japanese, for instance, don’t have the same problem. “This is because in languages like Japanese, Korean, and Chinese you can convey about double the amount of information in one character as you can in many other languages, like English, Arabic, French and Spanish,” the statement reads.

And perhaps most importantly,

Most users seem to have made up their mind against the new character limit (the best one is below) arguing that Twitter is about brevity – as the company itself says in the press statement. Although, as Twitter adds, “ We understand since many of you have been Tweeting for years, there may be an emotional attachment to 140 characters – we felt it, too. But we tried this, saw the power of what it will do, and fell in love with this new, still brief, constraint.”

What does this mean for brands?

We asked three experts in the region what they think of the limit and here’s what they had to say:

“Twitter has so many issues to deal with, such as racism and trolling. Users have also long asked for an edit function. I don’t know of anyone who wants double the character length – we love Twitter due to its brevity. Why isn’t Twitter listening to its users about how they can improve the platform? It seems like a strategy that’s going to drive users away, rather than attract new users.”

“Twitter’s new 280 characters limit is a long-overdue baby step in improving their offering. Like any new offering, some users will oppose it while others will welcome it with open arms. I think it’s a step in the right direction as it could encourage new users to try out the service since it will be easier for them to express their thoughts in one tweet. It should hopefully reduce the tweetstorms that we experience every now and then. All that we want now is to edit our tweets!”

“Doubling the number of a tweet character won’t make a huge difference. Users always found their ways in working around Twitter’s restrictions. They started adding screenshots of the text they wanted to tweet, and then it was videos and ended with livestreaming! The number of characters – 140 or 280 – doesn’t have value anymore; the real value stands behind the @username that is the core identity of Twitter. The @ will lead you to the heart of the events.”

“This is a good thing for Arabic users and brands operating in the region especially considering the massive Twitter usage in Arabic-speaking countries like KSA and Egypt. It’s also helpful for brands posting bilingual tweets as they can now accommodate both the English and Arabic text in the same tweet.”