WhatsApp-ening with them?
Insights Industry
Back 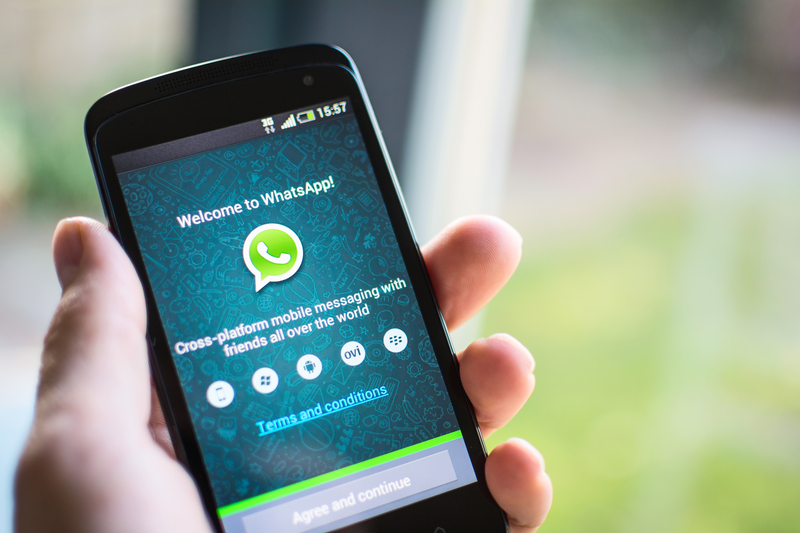 “Advertising has us chasing cars and clothes, working jobs we hate so we can buy [stuff] we don’t need.” Tyler Durden’s remarkable line from Fight Club is also the opening line of WhatsApp’s blog post titled: “Why we don’t sell ads”. Yet, mobile users in the UAE have been receiving marketing messages from unknown numbers on WhatsApp.

While WhatsApp itself doesn’t sell ads, it does not mean that marketers aren’t advertising on it. With roughly 500 million monthly active users worldwide, and a saturated email- and SMS-driven market, it’s no surprise that marketers are slowly turning to WhatsApp to reach out to consumers.

There are several companies around the world offering this service, and many brands have conducted full-fledged WhatsApp campaigns. Within the region, EDS FZE, which boasts clients such as Renault, Babyshop, Lifestyle Jewelry and Forever21, to name a few, is one of the leading companies offering WhatsApp marketing .

One of the biggest factors working in favor of WhatsApp is its easy and ad-free interface, and large database. It allows users more flexibility than SMS by enabling them to send various media – and not just text – with the same ease.

Ashwin Salian, managing partner at digital communications group Clique Communications, says: “while SMS marketing allows only 160 and 80 characters in English and Arabic, respectively, WhatsApp allows you to have unlimited characters. You can also send various media such as images, audio, video, etcetera; which allows marketers to get more creative”. Agreeing about the benefits of WhatsApp marketing, Alex Wilkinson, mobile manager at MCN‘s digital services agency Platform 5, adds: “I feel that advertising on WhatsApp will involve marketing messages being delivered to a highly relevant target audience in an enclosed environment, and will be an uninterruptive and native experience for users”.

Whatsapp explicitly states that “you cannot use any automated system that sends out more messages in a minute than humanly possible and you agree not to span or solicit other users for commercial purposes”.

However Manish Gupta, managing partner at EDZ FZE, says that “even in an e-mailer, you would send it to people who haven’t subscribed, but you give them an option of unsubscribing. Similarly on Whatsapp, if a user tries to respond back, it sends an auto-responder. They [users] can then reply and opt out, and we will make sure they don’t receive a message again”.

But does giving users the option to opt out make it ethical?

Wilkinson says that while he personally finds 80 percent of promotional SMSes he receives irrelevant, he believes that the opt-out option does give users “some element of control over privacy”; but he’s not sure if the same can be said for WhatsApp as users “may not necessarily have that luxury”.

According to Gupta, WhatsApp users do have that luxury, but only when they reply back to the message. What are the odds though of users responding to unknown numbers sending marketing messages on WhatsApp? Screenshot of a message received by this writer

“The problem is that it’s unregulated and it could be spammy; unless you have a database where people have opted in and are giving you permission to send messages.  I’m not sure if it is an ethical kind of marketing at the moment,” says Salian.

While the discussion has been largely focused on users’ privacy and the ethics of such kind of marketing, there is a growing concern regarding the perception the latter might create about brands using it .

“I think brands that come in too heavy-handed will receive negative responses from users. Let’s not forget that this has been an environment that has been ad-free since it first came to the market; and so, it would be too much of a drastic change to just open the floodgates and drown all of the organic and peaceful qualities WhatsApp has prided itself upon up until now,” says Wilkinson. Salian concurs: “I, as a brand manager, would be very concerned if someone is sending a WhatsApp message to an unregulated database”.

Back to the future

There is no doubt that WhatsApp is a much coveted platform for marketers as they know they can reach their consumers “in an intimate and personal environment”, according to Wilkinson. He also adds that there is some ‘dead space’ within WhatsApp where people are just waiting for replies; and marketers can use this opportunity “to deliver timely messages” to their consumers, as long as “the messages are relevant and have an organic and native feel. The more feasible and sensible approach would be to drip feed cleverly positioned native ads which are un-interruptive and highly targeted”.

For Salian, the future of WhatsApp marketing is rather simple: “Just ask users for permission and then it becomes ethical.” “Rather than relying on unregulated third-party databases, brands can create their own database by asking permission from their existing customers who have signed up for their loyalty programs or to receive promotional messages,” he explains.

Ultimately, no one can deny that advertising on WhatsApp is an opportunity waiting to be utilized; but brands will have to tread cautiously and slowly while respecting the privacy of users and their personal space and then, as Wilkinson puts it, “it will surely become one of the next monetizable social media platforms in the advertising ecosystem”.