Wheels of change
Insights Industry
Back

In a stagnant market, agencies are pushing automotive brands to break their communication norms. 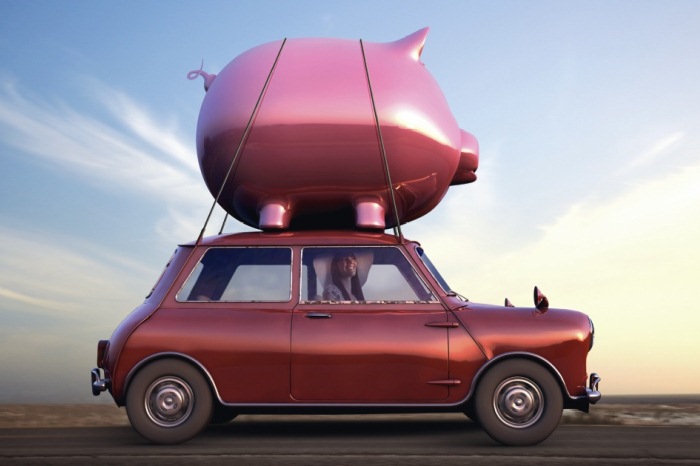 In a stagnant market, agencies are pushing automotive brands to break their communication norms.

This is no scoop: Lebanon’s political instability is affecting every aspect of the country’s economy, including the automotive industry, which “has been pretty stagnant for the past three years,” says Serge Trad, sales and marketing co-ordinator at Saad & Trad, Lebanon’s official representative of Jaguar, Bentley, Lamborghini, Fiat, Abarth and McLaren. A natural consequence of budget cuts is that, throughout the past year, corporate campaigns that used to populate magazines’ ad pages and billboards along the highways have made themselves increasingly scarce. Only a small number of distributors manage to maintain their sales. There are even fewer trying to engage target consumers through new, innovative ways involving digital and social experiments. The road is long, potholed and paved with obstacles.

In Communicate Levant’s July/August Regional News section, one initiative took center stage, illustrating pretty well the mindset of this handful of car dealers aiming to fight the odds through smart communication and creative marketing techniques: Volvo Lebanon’s Lonely Social Experiment was launched in collaboration with advertising agency Interesting Times; it aimed to give Lebanese citizens the opportunity to make a difference by acting in ways that are the norm almost everywhere in the world – such as crossing a busy street at a pedestrian crossing or hailing a taxi service safely – but remain exceptions in Lebanon.

“We needed to do a brand campaign after having been silent for a while,” says Marwan Naffi, general manager at Gabriel Abou Adal (GAA), the official distributor of Volvo in Lebanon. Naffi explains that the initial brief given to the agency was inspired by Volvo’s positioning on the Lebanese market: a car driven by people that are educated, respectable, humble and that follow the law – the latter being “what made us think about how much the Volvo’s driver is lonely in Lebanon,” he says, adding that: “[Loneliness] usually has a negative connotation, which we wanted to turn into something positive. We wanted to turn the lonely person into the cool one that everyone wants to be like and we wanted to prove that we have many of these lonely people in our country – which, unfortunately, [turned out not to be] the case.”

Indeed, the experience was bitter. Six out of the various interactive stands that were installed across Beirut for the social experiment were damaged and had to be replaced, along with a total of 38 stand buttons and 19 stand cameras. Of course, some consumers took a stand with Volvo’s project: 2,436 individuals made it safely to the other side of the road using the experiment’s pedestrian crossing and 1,954 got to their destinations using the experiment’s taxi stands, even asking for more stands to be placed around the city – a request that the municipality rejected, while deciding that existing stands must be removed. “The Lonely End” video, produced by Interesting Times, featured a recap of the experiment’s outcome, an outcome that left all involved with a bitter aftertaste.

“When I’m asked if the campaign was successful, my answer is ‘I don’t know’ and when I’m asked if we’d do it again, knowing the results, my answer is, once again, ‘I don’t know’. In fact, I must admit that if we didn’t have an agency as creative as ours, we, as clients, probably wouldn’t go that extreme,” says Naffi. In fact, “we went extreme in everything; we went for an animated video, which – even if popular in the advertising world today – is unusual for automotive brands; we excluded the actual product from the whole campaign, knowing that the product is what automotive brands focus at first when advertising, and, last but not least, the slogan we used ‘For Those Who Dare to Stand Alone’ is somehow negative. In all of this, our agency wanted to shake the Lebanese people,” he explains.

The feedback that Volvo received for the project was as extreme as the campaign itself, ranging from upset customers’ phone calls asking for the distributor to find a buyer for their car, to people that downloaded the video and still watch it every time they need to boost their morale. From a commercial perspective, this project didn’t sell a single car, says Naffi, who, nonetheless, is not drawing quick conclusions and opts for the longer view: “It is true that we could have gone traditional, which would probably bring us back faster returns, but it wasn’t our first aim; this is a brand campaign. People need time to digest these types of campaigns and, although we are sad that we had to end it and that our Mr. Lonely won’t be able to do other social experiments in the future, we are eager to discover the long-term effect of this innovative communication on our brand,” he explains.

Also recently, Renault Lebanon turned to social media as a platform to launch a campaign dedicated to bettering the environment. In partnership with two NGOs, Live Love Beirut and Jouzour Loubnan, the automotive distributor  encouraged Lebanese people that are active on social networks to help safeguard their environment by the brand’s side: Renault Lebanon has committed to planting a tree, with the co-operation of the NGO Jouzour Loubnan, every time the campaign’s branded Clio is spotted, photographed and published under the hashtag #clioplantsleb. Committed to raise awareness in young people with regards to the deterioration of the environment, Renault and its partners kick-started the campaign by visiting universities to encourage students to participate. “We are incredibly proud to contribute to the reforestation of Lebanon, thanks to the 300 trees which will have been planted by the end of the #clioplantsleb campaign. The contribution and commitment shown by young people in this campaign has been remarkable,” says Mia Bassoul, associate partner and marketing director at the Bassoul-Heneine Group.

Seeing attempts of innovative ideas in an industry, such as the automotive, is a glimmer of hope in Lebanon. However, not many brands allow themselves this pleasure of daring; especially not these that aim to sell as many cars as possible – small to medium economical car brands. “For the fifth consecutive year, we are witnessing in Lebanon a change in the automotive industry, more particularly in the choice of cars sold. In fact, we are witnessing a drift towards economical cars. It is positive at some point, but also means that the purchasing power of the Lebanese
has decreased,” says Nabil Bazerji, chairman and CEO of G.A. Bazerji & Sons, the importer and distributor of Maserati S.p.A, Lancia (Fiat
Auto), Suzuki Motor Corporation.

Bazerji explains that the industry offers three types of cars: the “car for everybody”, the premium car and the luxury car. “Small to medium cars and luxury cars are maintaining a stagnant sales status. We are even managing to achieve a certain growth. However, medium to big cars, as well as the premium segment, are the ones suffering. This segment’s income is lower, as well as its purchasing power. The concern is higher and people are changing their consumption habits, so this is where the real change is and this is why the economy is suffering, for it usually relies on the medium segment where sales usually should be,” adds Bazerji.

This being said, the communication strategy varies from one category of cars to the other. “When it comes to luxury brands, it is a one on-one communication. Thus, we focus more on communicating below the line; we organize events, send personal emails, distribute internal publications – in other words we try to keep in touch with customers,” says Serge Trad from Saad & Trad. Rachid Rasamny, general manager of Century Motor Company – Hyundai adds that: “In terms of campaigns, the communication is usually tactical for customers aiming for A to B sectors, which are small and price-competitive cars – that cover 60 percent of our sales revenues – and it focuses on the price advantage, as well as competitive offerings, in terms of accessories in the car. When it comes to larger, more expensive cars, campaigns are rather corporate than tactical, for the goal is enhancing the brand’s image. It is important to find new formulas to sell these, such as our Middle Eastern campaign HPAP that we launched knowing that, while buying an expensive car, one of the customer’s main concerns will be the resell value. In this program, we guarantee our customer that we will buy their car back after one to five years at a certain fixed price.” Thus, traditional advertising is still key for automotive brands in Lebanon that are, until today, only testing the waters of digital media. “Outdoor advertising is where we allocate the biggest part of our budget, because this is where small cars are advertised the best, along with some radio spots. In terms of our high-caliber cars, their communication goes more on TV and press. When it comes to using digital media, we’re kind of at a nascent stage, which applies to our country as well. However, interaction with the customer via social media is very important; customers have quick feedback and our customer service department receives messages on our social media every two minutes from Lebanese customers that are checking the products, requesting a price, a test drive, etc.” says Rasamny.