Woman on a mission
Insights Industry
Back

Woman on a mission 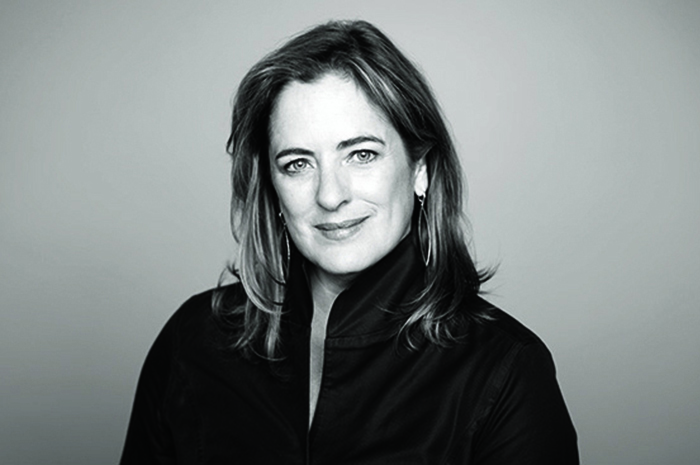 Susan Credle is the global chief creative officer (CCO) of FCB. Over her 30 years of experience in the ad industry, she has worked her way up from a secretary – back when there were secretaries – to global CCO, working across big-name networks.

She was selected as the 2014 Cannes Lions Jury President for Promo and Activation, and is a member of prominent industry bodies, such as the University of North Carolina’s School of Journalism and Mass Communication, the American Association of Advertising Agencies, the One Club, the VCU Brandcenter, the IAB, the Foundation for Excellence in Women’s Health Care, Marwen, Chicago Ideas Week and One Million Degrees.

She is also a woman – the first, in fact, to be named global creative director. We caught up with her when she was in Dubai as the Jury President at Dubai Lynx 2016 to talk digital, women and everything else advertising.

Credle has previously spoken about the power of digital to break down barriers. Yet, it seems that creative agencies are lagging behind their media counterparts in adopting digital and mobile.

“When people talk about mobile, I don’t know what they’re talking about,” Credle frankly says. As a consumer, on any given day, she scrolls through the Facebook newsfeed on her mobile while shopping for something on her laptop and watching TV at the same time. So, mobile is “sometimes a shopping device, sometimes a content-consuming device, sometimes a social device… It’s not [only] mobile,” she says. Just like digital – which people earlier assumed was just one thing – mobile is everything. Worrying about mobile is like worrying about title safety for Credle: “It’s a craft issue, not a creative issue.”

She narrows the reasons for the dominance of media down to media buying and the technicalities of the medium, rather than content. “I never felt threatened, because we [creative] know how to create the content – probably better,” she says. She goes on to point to the bizarre behavior of digital agencies when they started popping up and telling clients that traditional agencies should not be shooting films for smaller screens, because it required a different form of editing, shooting, framing – even going so far as to say smaller screens required actors with bigger heads. Yeah, like viewers really care about the size of Kevin Spacey’s head when they’re watching House of Cards on their mobile.

On women in advertising…or the lack thereof

Not having enough women in senior creative or leadership roles has been an ongoing issue and one that has gained traction in recent years. However, what is more worrying is that there are women in junior creative roles, but not in senior ones. So, where’s the disconnect?

“One of the things that happened over the past 15 years is that we made such a big issue of women not being in the business, asking, ‘Where are the women in advertising?’, that we actually wrote our future and wrote women out of it,” says Credle. She says we’ve been asking the wrong question all along. Instead of saying there are no women, she suggests highlighting those that are there, adding that there have been and continue to be women in strong roles in advertising.

In fact, it is the women in the industry – Evan Smith, Nancy Rice, Diane Rothschild, Mary Wells and Charlotte Pierce, to name just a few – who inspired Credle to join the industry 30 years ago.

One of the things that the industry is doing to empower women is having 50-50 juries. For instance, Credle met Swati Bhattacharya at a jury panel before hiring her as the global CCO for FCB Ulka, FCB’s operations in India. Juries are an excellent opportunity for networking, visibility and exposure, she says: “Also, juries are like a master class. You learn so much. If we don’t get women on juries, they’re getting left out of a huge conversation.” However, she does says that women need to show up and say yes – probably a little bit more than men. One of the complaints she hears is that even though a large number of women are being approached to participate in panels, many turn down the offer.

Credle admits that she accepted her new role at FCB partly because, “if my behavior can encourage the next group of women to believe and dream, I’ll do that.” And this will help in two ways: first, when other networks see a woman in a senior leadership position, they feel encouraged to do it too. Second, it also works as a positive reinforcement for other aspiring women in the industry.

On the challenges women face

Credle approaches the topic with a sense of wariness and, so, she narrates an incident that just about sums it all up. Back when she was an account manager, the chief marketing officer (CMO) always offered Credle tickets for sports events that he received from a client, but she never found the time to make it. However, when the new CMO came in, he didn’t offer her tickets to an upcoming event, which, coincidentally, was one she wanted to attend. At the time, she assumed they weren’t getting any tickets due to the recession. But then she saw social media posts from three of her male colleagues – including a junior – about how awesome it was to be at that event. “It was the first time I [realized] they [saw] me as a girl,” she says. “That was incredibly sexist.”

It was then that Credle realized she had probably been in denial about this subtle sexism, but it only became more apparent as she climbed up the ranks. So much so that, at conferences, people assumed her husband was the “business person” and she was just the wife. “It would be naive to say that it [sexism] doesn’t exist, but it hasn’t been a damaging existence,” says Credle, although she does say it is an extra hurdle women have to cross.

On avoiding the negativity bias

When you have to choose between a male and a female candidate, how do you ensure negative bias isn’t part of your decision and it’s about the talent more than anything else? “It’s not just talent; it’s the balance,” says Credle, adding that it’s important to have diversity, not just in a creative department, but also in a team. For example, in New York, FCB appointed a woman as the CEO and chief strategy officer (CSO), and was considering a woman for the role of the CCO, but, “if we’re talking about diversity, I’m potentially looking at having three women run a company. That doesn’t feel very diverse to me,” she says.

There were other factors too, but, at the end of the day, Credle says, “It’s about diversity, not women. I’m much more interesting as a human being when I’m with a diverse group of people.”

On advising young women in the industry

“You need to come in and truly believe you have the right to be here and that you are desired,” she says. The best way to explain the current situation in advertising is through an anecdote that Credle narrates: a shoe salesman lands in a foreign country and sees that no one is wearing shoes. So, he calls his boss and says he’s coming back. However, when another salesman sees the same situation, he calls his boss and says he’s going to set up shop, because they would make a fortune.

So, if girls come into the industry believing that it’s going to be hard and negative, they will either fail or be miserable. Instead, if they come in saying they’re going to be pioneers and excel, they’re much more likely to do so – especially given the timing for women in advertising.

Credle herself says, “I’m not naive… One of the reasons I am the global CCO is because I am a woman. I [have] got a brighter [spot]light on me than a lot of guys.”