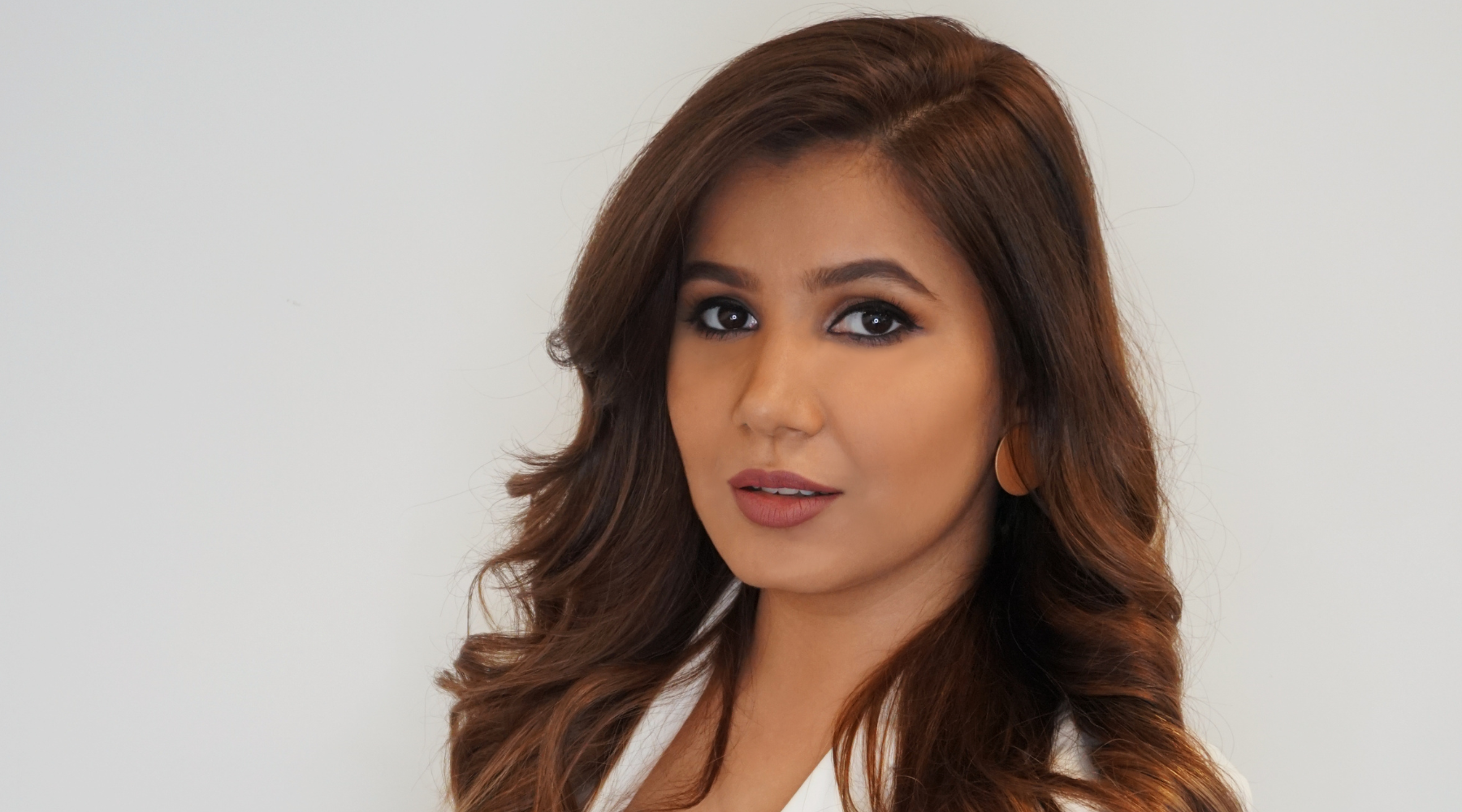 Career Overview: I started out at 16, straight out of high school, as a receptionist at an agency. At that time, all I was thinking was that I’d probably get married by 23, so why bother with a plan? I had no idea what to do and how to do it, but I knew that what was going on at the agency came instinctively to me. I couldn’t stop thinking about how campaigns are run, how influencers behave, and how a company or a brand can use social media to impact people. So, I just threw myself headfirst into this industry and told myself I’d learn along the way.

Not many people thought I’d be able to hack it, considering our culture and traditions and also because God has gifted me with loving parents who had taken care of all my needs. But here I was, hungry for life and a career path, which I forged for myself.

How would you define your job today?

After starting MKV and building a strong team, I spent much of my time not just being the strategic mind behind it but also getting my hands dirty. I have no problem rolling up my sleeves and running campaigns, designing pitches, and managing accounts, even though I finally have a capable and trustworthy team that does all this. My focus now is mainly on growing the business itself by networking in industry circles, sharing best practices, and handling large accounts that require a more senior consulting mind.

What challenges do you face in this role as a woman?

Let’s be honest; while there are countless women in this industry, the top is dominated by men. I can count on half a hand the number of women CEOs of agencies. MD, maybe. But CEO? Not really. That in itself is a challenge as none of us, no matter how ambitious or successful we may be, see someone that we can relate to in this position. [But] in a way, it spurs all of us to become that person.

This brings another challenge: competition. Sure, we have lots of homegrown, organic programs and communities of women helping other women succeed, but how many actually are in those communities? 20? 50? 100? Many women in our industry compete with one another; it’s a fact of life and no number of nice articles and feel-good comments will make that reality go away. I’m not saying it’s a bad thing, because it forces us to be better than each other and, in some way, it elevates the playing field – perhaps it’s why the best social media agencies here are run or mostly staffed by women.

It’s [also] very common – and many readers will nod in agreement, I’m sure – to not be taken seriously in meetings or even get a meeting. Our input in high-level conversations is usually considered secondary compared to that of men, and a senior male colleague will often be more successful at getting a pitch meeting than a woman in the same position. This is more common than people admit.

And that’s before we even consider societal and cultural challenges. In this region, the family-focused society still hasn’t evolved to see women as just professionals if that’s what they want. Even a woman CEO will also be seen as a mother, wife, daughter, homemaker… Those labels make women seem resilient whereas, in fact, they take away from the pride of being just a CEO. Men, on the other hand, are only seen as the title they hold, and not as father, husband, and son as well.

How do you address these challenges?

I’m not very emotional, but I’m very empathetic. So, my strength lies in being able to balance my personality and behavior in all of the above moments, depending on what needs to be done. For example, because I’ve been in their shoes, I know when to coach my team and when to let them learn by burning their fingers, considering their different personalities. I’m able to be their boss and colleague at work and to be their friend and hang out with them once we clock out. Being able to focus on what is needed for my business and career without letting emotion get in the way is what has made me capable of tackling challenges. I trust my instincts and my inner voice all the time. I also have a very strong faith life and keep learning from my religion how to handle pressure, people, and challenges.

What do you think that, as a woman, you personally bring to your job?

Being a woman makes me more concerned for my colleagues’ development, as the whole ‘family’ thinking permeates all our interactions in life. Our empathy, which many believe is ‘emotions,’ is a strong point that I use to my advantage. It’s how I built my business and why I have such wonderful clients who have stuck with MKV even during the pandemic. Here’s an example that I’m sure will resonate with many women leaders in the region: I hired a team member from Afghanistan, who is an exceptional social media executive and whom I have promoted. And yet, I have never met her or seen her face. She comes from a very conservative family that doesn’t allow women to show their face and to work in media. It struck a chord with me because I saw a glimpse of myself in her, having faced similar challenges. So, I hired her and I’m so glad I did! I don’t think this would have been possible had I not been a woman.

Do you advocate for more women’s representation in the industry and if so, how?

For sure, but I think we have to make women more aware of why they need to be in the industry rather than just use this as a participation checkbox. Numbers matter, but so do satisfaction and growth. I also believe we need to be better at supporting their growth. There’s no point talking the talk when we’re not walking the talk. Want more women in the industry? Then help them when they enter it. Train them, mentor them, grow them, and most of all, mention their names behind those doors where opportunities arise.

What do you think women uniquely bring to the industry?

We are better storytellers or, rather, we tell stories from a different perspective, borne out of the challenges we face. We offer a point of view men will never have, particularly for brands that cater to women in all roles of life. We also use our competitive spirit to prove ourselves not to the world at large but to ourselves. Every woman in the industry is on this boat, where we wake up every morning wanting to be better than the ‘we’ we were the day before – because we know we can and especially because we want to be that next CEO who can inspire other women.

What’s your perspective on the evolution of women in the workplace today in the region?

The industry is evolving in a very strong way that many hadn’t considered before: younger women entrepreneurs. The trailblazers who started their own businesses a few years ago, and even the freelancers, have shown us it is possible; and now, we’re seeing many women who aren’t even 30 run their own businesses – something we would never have dreamed of 15 years ago. It’s even more obvious for social media as the channel has given younger women an avenue to express themselves, which they couldn’t do earlier. Here we are, in a world where the biggest social media stars in the region are young women.

What do you think about women’s voices in the region in general?

We need to be honest with ourselves and use our voices for each other rather than make ourselves look like we care. Forget the ego and the self-image; let’s use our voices to enable other women. Pink champagne business meetups are not as important as the pink business cards you share with a potential client for a woman who needs that business!