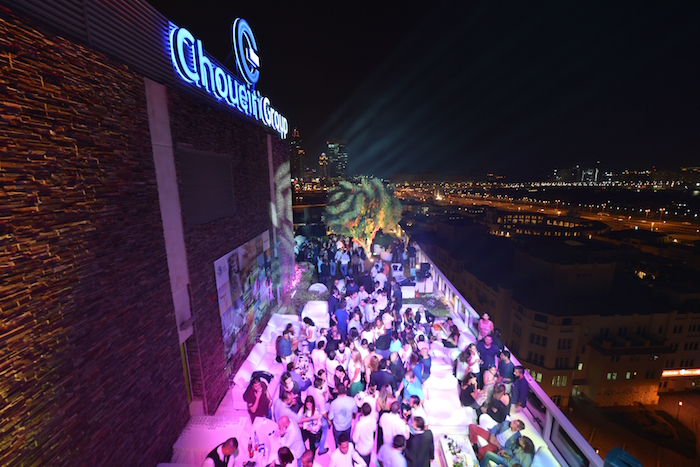 Dailymotion is the second-largest video platform in the world, with 3.5 billion monthly views, 256 million of which are from the MENA region. “We really needed to bring that audience to advertisers [here],” she says.

No stranger to giants like YouTube and now Facebook – “calling them fierce competitors would be an understatement,” Colas says. Dailymotion’s value proposition is based around a more customized video advertising solution and an integrated approach that includes its own in-house creative studio. Since its launch in 2005 in Paris, the platform has been a medium for an online audience to watch, upload, share and stream videos. Dailymotion also focuses on the advertising solution provided to its global partners. Colas explains what sets it apart from the giants: “Our major mass competitors approach the market with very strong specifications and standards; we understand that the advertiser wants to be more specific and we are more interested in changing the formats, making pre-roll more interactive, linking to other websites [for example]”. She says this distinguishes Dailymotion from other websites because they are not as interested in discussing or developing these alternative options, as their advertising formats are set and advertisers can either use them or not.

Just this year, French entertainment group Vivendi – also a stakeholder in Havas Media, Universal Music Group, as well as gaming companies Gameloft and Ubisoft – purchased an 80 percent share in Dailymotion. Colas says, “That gives you the scope of what direction Vivendi wants to go; they want to go everywhere entertaining content is.” For Colas, Dailymotion is probably the only website of its size to take on YouTube. For instance, when she visited other markets, she did come across similar video websites, but they remained functional only on a local level. She adds that Dailymotion could have admitted defeat when the likes of YouTube came into the market. However, she adds, Dailymotion always wanted to push forward into international markets and that mindset, in addition to wanting to keep ahead with technology and content development, are the platform’s “three keys of success”. Colas admits that although Choueiri was not the only group considered for regional representation, “We wanted to partner with Choueiri because they saw the potential of not just advertising and monetizing, but also content and collaboration, and that’s really something that we had in mind,” she says.

DMS’s role in the partnership will be to introduce Dailymotion to agencies and explain its potential in the regional advertising market. DMS will also be responsible for strengthening Dailymotion’s portfolio of content creation, specifically focused on the development of Arabic content for the platform. So far, DMS’s effect on the region’s digital landscape has been illustrated in the introduction of platforms like Shahid.net, OLN.tv and Koora TV.

Speaking on DMS’s forward momentum for video in the region and the partnership specifically, Rami Saad, deputy chief operating officer at DMS, says, “We want to provide end-parallel solutions in video in the region because we think there’s a gap in the market. The gap is pretty much in figuring out the right equilibrium between content, technology and advertising.” He adds that with the partnership between DMS and Dailymotion, “we’re coming a bit closer to the publishers.”

“Daily Motion is unofficially known as the ‘friend of the publisher’,” he says, explaining that this helps contribute to the excitement about the partnership for DMS. He notes that, in some cases, other large platforms can’t be as flexible and open to collaboration to the extent that Dailymotion can because of scale. Saad highlights that scale is definitely a good thing, but, in some cases, it could be a bad thing that is working against larger platforms. He adds, “We don’t have that issue because Dailymotion is really agnostic – not tied to a single channel or device, allowing fluid distribution – the same way we are as a business.”