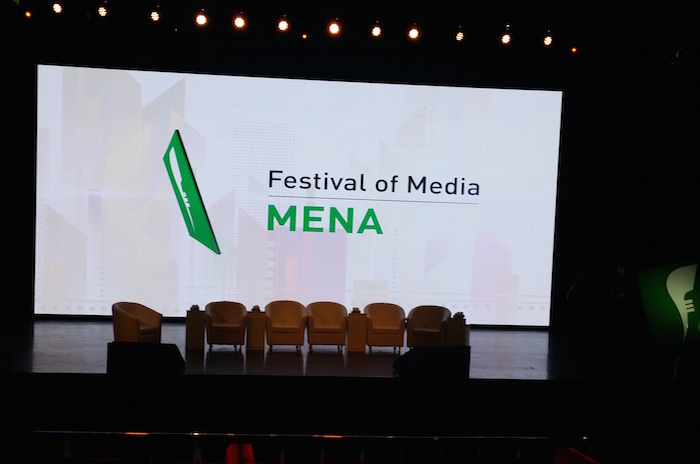 It would be safe to say that the conference kept the best for the last. While all the speakers provided superb insights into topics that are creating a buzz worldwide, the last two topics were something especially relevant to the industry.

The panel on Talent Conundrum brought together Suha Haroun, founder, Bayt; Mohammad Abdullah, managing director, Dubai Media City, DSC & IMPZ; and John Antoniades, CEO of SMG MENA. While the lack of skilled talent and retention has been an issue faced by the region since the last few years – more so as the advertising industry grows and matures – the panel brought to light an interesting transition; one of the Middle East changing from being an end market to a source market. Antoniades said that SMG MENA is the third largest business unit in the world and now the Middle East is a source of talent. Another concern is the lack of fresh graduates and local talent joining the industry. Abdullah pointed out that fresh graduates require three to six months before they can be depended upon and the industry should work with universities to provide training and internship programs to ease the process of joining the industry for students post graduation. Of course, the discussion wouldn’t be complete without talking about the elusive work-life balance – as Antoniades found out when he was put on the spot by his team members sitting in the audience. Overall, the panelists agreed that the solution to the talent conundrum would be better access to fresh graduates through training programs and internships, and for agencies to follow a proper mechanism to attract, develop and retain talent.

And to end the day came in JC Oliver, global head of innovation at Microsoft bringing with him a ton of energy and loads on intrigue with his talk on why innovation is wrong and brands don’t want it. He started off his talk by engaging the audience in some much-needed power poses. While his talk contained a lot words that totally lost us, such as “desertotical innovation”, a lot of it enlightened the audience on why brands and agencies first need to define innovation to actually innovate. Because radical innovation has to be wrong and then has to be proven right. If it’s right, it has already been proven and so it isn’t really innovation.

From Sarah Personette’s talk on the need to innovate in the morning to Oliver’s antithesis at the end of the day, the event came a full circle as the curtains dropped for the evening.

Now it’s on to the night where, for the first time ever, Festival of Media will give away its prestigious awards to MENA’s agencies and campaigns. Stay tuned!