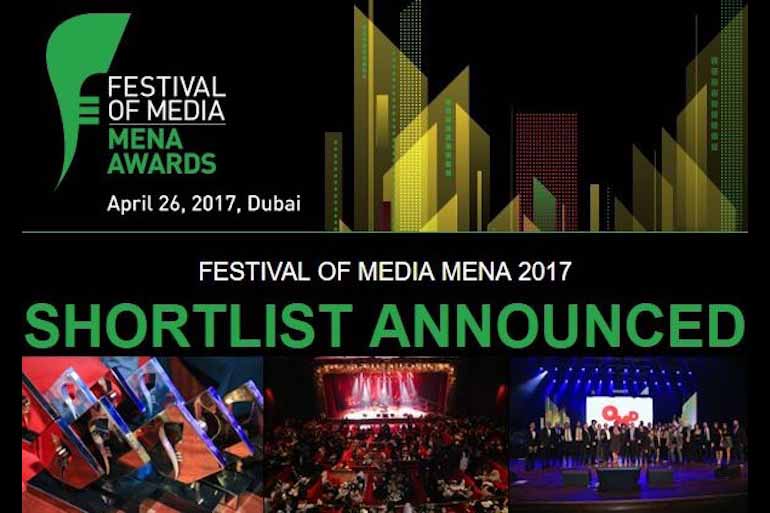 The shortlist for the Festival of Media MENA Awards is out now!

Other agency networks posting impressive numbers of shortlisted entries include UM (14), MEC (11), Initiative (9) and Zenith (9) for categories such as Best Event/Experiential Campaign, Creative Use of Data Award, Best Use of Video and Best Engagement Strategy.

There is also a good mix of entering countries with UAE dominating, but some great contributions from campaigns that ran in Egypt, Lebanon, Tunisia, Kuwait and Saudi Arabia.

The Festival of Media MENA Awards is dedicated to showcasing media excellence throughout the region. In its third year, the Awards recognize the work of the best agencies, media owners and tech companies, representing some of the world’s leading brands such as Mastercard, Reebok, Chevrolet, Jaguar, Emirates, Mondelez, HSBC, PepsiCo, Samsung and McDonald’s.

A jury comprising of judges from leading advertisers, media agencies, tech companies and media owners evaluated the quality of the campaigns over the course of the last few weeks, while the winners will be decided by a final jury panel that includes senior marketers from GSK, Unilever, J&J, Ferrero, Visa and IBM.

The successful entrants will be revealed during an awards party on Wednesday 26 April in Dubai at the MusicHall, Zabeel Saray on the The Palm.

The ceremony closes the day-long Festival of Media MENA conference, also held in Dubai on 26 April, which showcases the latest trends and insights dominating the new world order of media with speakers including Huawei, Unilever, Google and Mondelez.

More information on entering, or attending the Festival of Media MENA conference or Awards can be found here and the full shortlist is here.

What are the judges looking for at the FOM MENA Awards?
David Indo, co-founder of ID Comms, on media pitches, e-auctions and more