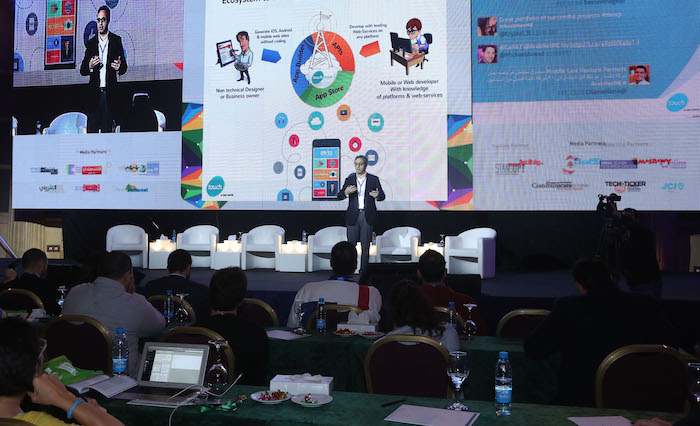 Global spending on mobile apps reached an unprecedented $25 billion in 2014, and this rapidly growing sector has created more than a million jobs. With such a growth rate, the digital sector is representing an increasingly large share of the national economy for many countries.

ArabNet Beirut 2015 is held in collaboration with the Central Bank of Lebanon, which has been a key supporter of the event since it’s inception, and in strategic partnership with Digital Media Services (Choueiri Group), BankMed and The Beirut Digital District.

Founder and CEO of ArabNet, Omar Christidis, emphasized the importance of ArabNet Beirut for executives across all industries to understand how the digital economy is transforming their business – from product development and customer service, to sales and marketing.  He says in a press statement: “Lebanon is a key regional hub for digital business and entrepreneurship; this is evident by the interest that major global companies have taken in investing and acquiring Lebanese web sites and apps. The recent acquisition of the Shahiya.com by the Japanese company Cookpad for $13.5 million is just a small example.”

ArabNet Beirut will bring together more than 80 speakers and experts from around the world to discuss the latest issues in the digital industry in 30 panels and interviews and 15 hands-on workshops.  Some of the topics to be discussed include:

•          Customer services through the web and social media

The event will kick off on the March 17 with the pre-conference “Design and Code Day”, which consists of workshops aimed at helping entrepreneurs, programmers, and designers improve their skills in building engaging websites and apps.

The conference will officially begin on March 18 and continue for two days with the participation of 700 professionals from more than 20 countries from the region and beyond – in addition to 40 sponsors and exhibitors.

The event is organized by ArabNet Group, a media and events company with established annual conferences in Dubai, Riyadh and Beirut.