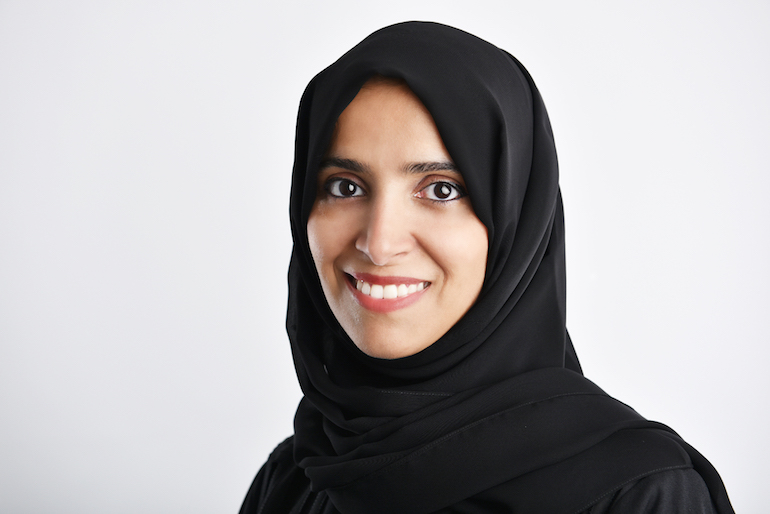 With more than 420 million people around the world speaking Arabic, it’s surprising that only three percent of online content is in Arabic. We caught up with Her Excellency Maryam Eid AlMheiri – Director General of Abu Dhabi Government Media Office and Chief Executive Officer, Media Zone Authority – Abu Dhabi and twofour54 to learn her thoughts on Arabic content production in the region.

Do you feel the Arab world is producing enough quality content?

No, and this is a topic that is close to my heart, and I believe the shortage presents a huge opportunity to content creators in in this region. There are more than 420 million people around the world speaking Arabic, making it the sixth most spoken language. So, the demand is there since consumers around the world have a huge appetite for quality Arabic content. Yet there is a huge disparity between the number of Arab speakers and the Arabic content available for them. For example, it has been estimated that as little as three percent of content online is Arabic.

Producing purposeful Arabic content means that we can communicate our region’s tales, values and traditions to a global audience, opening a window to the world to view our culture with a fresh perspective. This will enable us to redefine how the world views our region and its people, overcoming misleading perceptions and stereotypes.

It also means that we have a great opportunity to accelerate a positive social change through instilling our values and principles, especially among young generations. It is crucial to produce inspiring content that appeals to our children and empower them to use Arabic in their daily communications.

What do you feel needs to be done to encourage more Arabic content creation?

If we are to foster quality Arabic content creation, we need to build and reinforce a sustainable media sector. This requires three pillars: nurturing a talent pool by developing local talent and attracting regional and international expertise; investing in an infrastructure, soft and hard, which will enable content creators to create; and building an ecosystem that encourages partnerships and collaboration.

We are focused on all three of these pillars in Abu Dhabi through initiatives such as the thriving ecosystem we have built at twofour54; including the move to a state-of-the-art new home on Yas Island; initiatives such as our creative lab and taking part in the Young Arab Media Leaders Programme, attracting the world’s best to our shores, from partners such as CNN to major studios like Paramount Pictures and Disney.

What opportunities does this present to media businesses in the region?

We see so many opportunities across the Middle East and North Africa (MENA) region, which is the second fastest growing media market in the world. In part, this is driven by the youthful population, with people aged under 30 comprising more than 65 percent of the Arab world’s population, which is far higher than in many developed countries.

With a yearly growth rate of 2500 percent, MENA’s online audience is one of the fastest growing segments. The rapidly growing youthful, educated and tech-savvy Arab population presents an unprecedented opportunity for regional and global media businesses to foster content creation that can inspire, educate and entertain. Major media players such as MBC Group have realized this investment opportunity with the Group’s newly launched production house, which aims to feed and expand its video streaming service.

Tell us about some of the Arabic content being produced in Abu Dhabi?

Arabic content produced at twofour54 has reached more than 45 million households across the region. It has educated, such as Bidaya Media’s popular children’s show ‘Iftah Ya Simsim’, which came back to the screen after a 25-year break, and the apps from Lamsa that have been used to consume more than one billion minutes of educational Arabic content. Our partner Narrativa has also developed an AI-based app that translates data into a descriptive narrative in Arabic.

Partners at twofour54 produced more than 55,000 television production hours over the past decade, solidifying Abu Dhabi’s position as the Capital for content creators. I’m proud to see a drama such as Boxing Girls, which was made in collaboration with MBC Group, push boundaries by having young female Saudi influencers taking centre stage. Equally, having a homegrown hit franchise such as Hajwala 2 hitting screens last year was another high point.

What do you feel Abu Dhabi has to offer to content creators over other media hubs?

Abu Dhabi has so much to offer content creators, from its world-class facilities and talent to financial and legislative support. In line with ‘Ghadan 21’, the Abu Dhabi economic stimulus launched last year, the Media Zone Authority – Abu Dhabi recently waived the licensing fees for all new registrations effective 1 December 2018. This initiative removes one of the major obstacles to starting a media business in Abu Dhabi and helps start-ups, freelancers and entrepreneurs to focus their time and money on creativity and content creation.

Waiving the registration licensing fees for new businesses for their first two years further improves the ease of doing business for media businesses in Abu Dhabi, along with numerous other initiatives that we have launched with the aim of ensuring that they can focus on creating quality content.

For example, last year, twofour54 set up dedicated freelance relations team. The media zone also hosts regular Connect networking events where partners meet, share and collaborate.  All our partners and registered freelancers can access the twofour54 Briefing Room – a unique portal where clients, partners and affiliated entities can post requests for proposals for our community to respond. Last year alone we have doubled the number of tenders that we posted on the briefing room, and seen record numbers turn out to our first two networking events. twofour54 is also allowing dual licensing (the fees of which are also now waived), enabling partners to bid for government work, and started offering an extension to its entrepreneurship scheme to enable more small businesses to work from home.

Abu Dhabi also offers unparalleled support from government entities, such as the UAE military, who helped Tom Cruise perform his daredevil HALO jump for ‘Mission: Impossible – Fallout’, and, of course, Abu Dhabi Film Commission is encouraging more and more productions to choose the Emirate through its generous 30 percent rebate on production and post-production spend.

All these initiatives have one goal in common – growing Abu Dhabi’s creative industries.

Do you feel that marketing and communications are producing enough Arabic content for consumers?

There is a widening skills gap in the number of bilingual youngsters who are fluent in both written and spoken Arabic. This represents a major challenge for marketing and communications agencies across the region to produce quality Arabic content for consumers and an opportunity to invest in their people’s linguistic capabilities through trainings, seminars and practical workshops. This will surely enable media companies to differentiate their offering and set themselves apart from other service providers.

What are your thoughts on Arabic language content being promoted on a global stage through global streaming services and such?

For global media providers to adopt Arabic content, they need to see its potential to appeal to a global audience. There’s a huge interest to learn about the Arab world and its true stories but there’s little content available produced by native hands from the region.

Netflix, for instance, is slowly integrating Arabic dramas into their content strategy including the successful Arab series ‘Hidden Worlds’ – a vivid example of quality Arabic content that can potentially appeal to a much broader audience on the global stage.