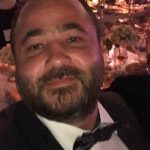 AL MEDIA has announced the promotion of Maroun Moussallem to the position of general manager, Beirut.

Al Media, a JGROUP company, the exclusive media representative of AL JADEED TV, has appointed Maroun Moussallem as general manager. Moussallem has worked for Al Media since 2013, initially joining the group as sales manager. In his new role, he will be responsible for managing the overall requirements for the company.

Continue Reading
You may also like...
Related Topics:appointment, media, TV