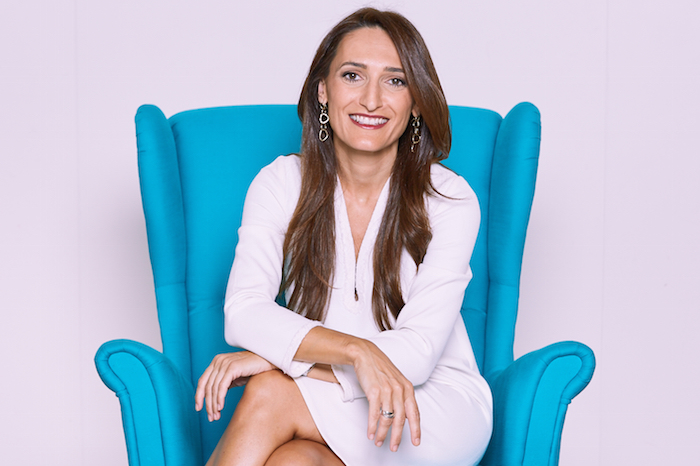 With women now driving in Saudi – and 3 million* being expected to do so by 2020 – brands have found themselves a shiny new opportunity.

While the short-term and direct impact of the decision will benefit automakers, its long-term benefits apply to other sectors too from retail to F&B.

And so, automotive brands aren’t the only ones trying to understand the Saudi female psyche and advertise to them.

How should brands market to them?

“The best way to market to women is NOT to market to them,” said Elda Choucair, CEO of PHD in her keynote, which cautioned listeners to stay away from stereotypes.

While women empowerment is a global movement that’s now making leaps in the region, it is important to consider the cultural sensitivities and readiness of women in the different countries in the region before marketing to them. A good example of this is NIKE’s ad, which shows women in hijabs running on the street. The campaign drew positive comments from around the world. In the region, however, it elicited a backlash as Saudi women took to social media to condemn the ad.

READ: “It is unfair to say that digital is completely replacing TV”

In the same vein, Choucair urged the audience to reconsider the idea of an ‘empowered’ woman. “Is it possible women in our region aspire to have their own business than be in a corporate boardroom?”

To support her theory, she drew an interesting parallel between STEM education and entrepreneurship.

Women’s participation in STEM is below 25 percent even in Scandinavian countries known for gender equality. In the region, however, it’s much higher – above 60 percent in Oman, UAE and Saudi with the latter seeing up to 100 percent participation in some Saudi universities.

When it comes to entrepreneurship, women are three times more successful in winning seed crowdfunding in the UAE last year.

And so, maybe, “A tech startup business is the future; not the boardroom,” added Choucair.

READ: WPP and Sorrell’s battle could cost him his shares

“The best way to market to women is not to market to women. Look in the mirror and face the fact that we don’t know her and we need to try harder to figure out who she is. We need to move away from stereotyping, and stop assuming they’re all the same, homogenous,” concluded Choucair.

A June 2018 study conducted by Hall & Partners reveals that a large majority of women (73%) come to Twitter to see what’s happening both around the region and around the world, (60%) to follow public figures and (44%) to connect with brands.

“The public nature of Twitter allows women to see, share, and be part of what’s happening in the moment,” said Ampen. “Rather than ‘look at me’, the behavior is geared towards ‘look at this’ and the real-time conversation around it,” explained Benjamin Ampen, managing director, Twitter MENA.

The answer keeps changing with age. Conversations around fashion and style are popular at a younger age, while discovering content around cooking gains traction as women enter their mid-20s.

READ: And the winner of the YouTube Lanter award is…

Goody Kitchen, for instance, uses Twitter to better understand its audience. Its brand manager Hazar Hafiz said, “A lot of women use our platform on Twitter to look for creative ways to cook, which helps us streamline our content and further understand their sentiments.”

“Our key focus revolves around engagement. Through frequent conversations on Twitter, we discovered that women are interested in receiving updates about sports, health, government and local news. Using hashtags and creating a buzz on certain topics has helped us understand our female audience better,” explained Dubai TV’s digital director Heba Al Samt.

A sure way to grab attention is video.

READ: Marketing to women is NOT a “lipstick and high heels story”

“Video is at the core of how women are connecting with their passions on Twitter. These passions naturally translate to TV where women are still viewing their favorite shows but leveraging Twitter to compliment what they are watching on TV,” said Ampen.

This is why Sayidaty has recently incorporated high-quality videos and live-streaming, said its digital director Nour Al Masry. “At Sayidaty, we use Twitter as the hub-platform for announcing all our news content. Our team actively uses Twitter tools to receive accurate statistics, engage in conversation and reach our target audience,” she added.

Brands today have the tools to listen and engage with their audiences especially with an audience segment that now has more of a voice – literally and metaphorically – than ever before. In this process, it is important to remember that, as Choucair says, “progress is going to come, it’s only a matter of time,” but at the same time, “culture and heritage won’t change”.