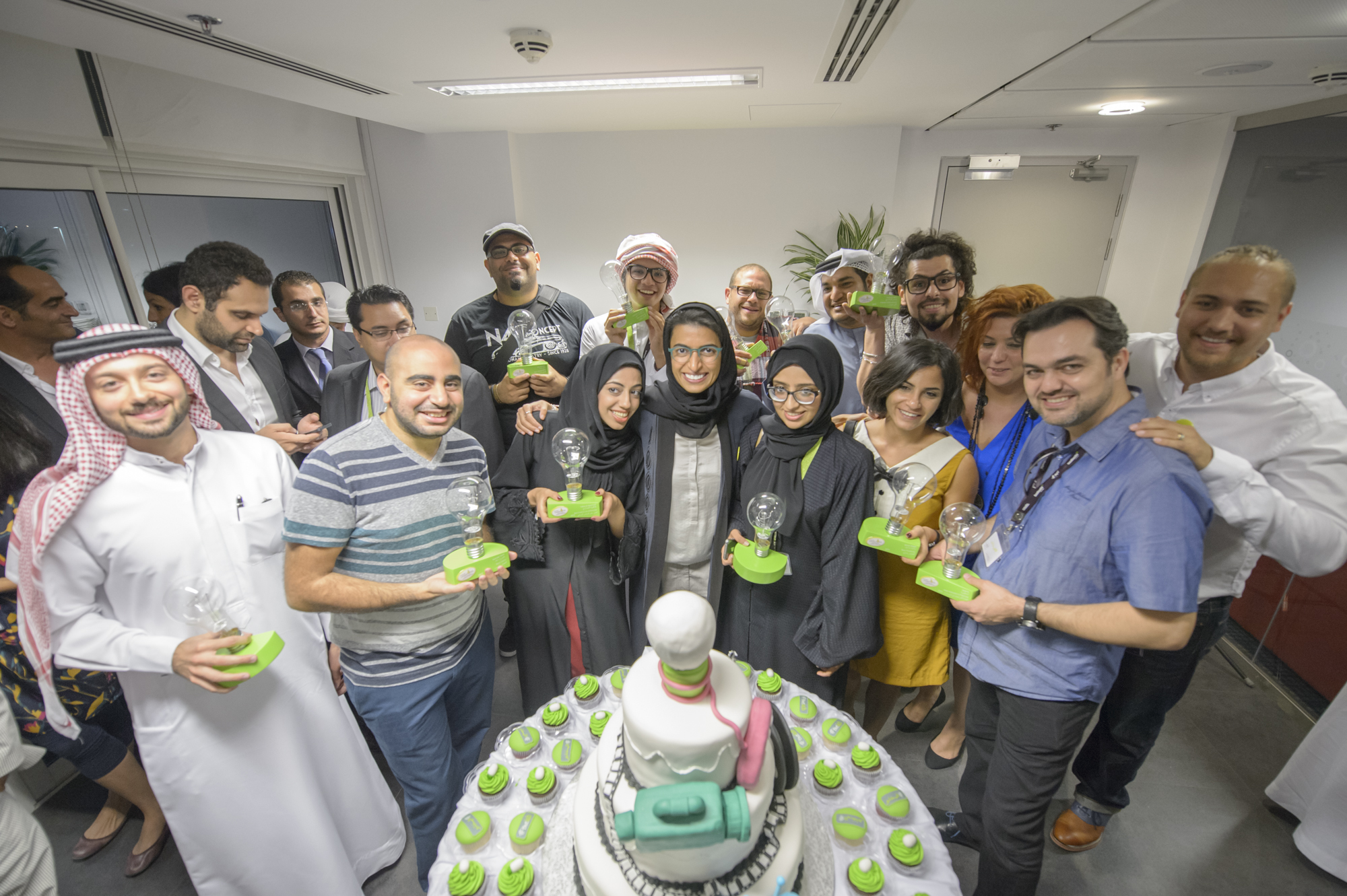 The year 2008 was ominous for the global economy, and even more so for the local one, as we know only too well. Fortunately, Abu Dhabi, the capital of the UAE, wasted no time in bailing out its neighboring emirate by handing $10 billion to Dubai, which total debt alone stood at $80 billion.

As Dubai faced the demons of the crisis, Abu Dhabi burst onto the international scene with events aplenty, including the Formula One Grand Prix, the Abu Dhabi Golf Championship, and Justin Timberlake and Aerosmith in concert, among other big names.

Abu Dhabi has long sat in the shadow of record-setting Dubai. But, today, the capital has undoubtedly come into its own, through the progress it has made over the past few years to formulate the Abu Dhabi 2030 Vision – a comprehensive plan that includes economic and urban development, alongside environmental plans.

A scheme was, in fact, well under way during the turbulences of 2008 to lead the growth of Abu Dhabi, especially in the media and communication industry. In October 2008, on the back of that economic meltdown, a media company launched operations – twofour54 was born.

Its name, referring to the geographic coordinates of Abu Dhabi – 24°north by 54°east – quickly became recognized as a media hub.

In October, twofour54 celebrated its fifth anniversary, with more than 200 media partners. It has created more than 2,100 new private sector jobs and was ranked no. 11 in the 2013 list of “Middle East Free Zones of the Future” by Foreign Direct Investment Magazine. The rankings identify the most promising special economic zones and locations for inward investment, economic development and business expansion in the region. The company also ranked 21st in the 2012 edition of Global fDi Magazine.

With a mandate to position Abu Dhabi as a regional media hub, the Media Zone Authority of Abu Dhabi was established in 2007. Its policy revolves around supporting and sustaining the development of Arab-focused media and digital creative businesses.

A year later, the media arm of the Media Zone Authority of Abu Dhabi, namely twofour54, was created to contribute to the growth of the capital. It had clear strategies to turn UAE nationals into media industry professionals, a business sector that they were not much involved in at the time. More importantly, it aimed at establishing the city of Abu Dhabi as a center of excellence for Arabic content creation that would be internationally renowned. “The Abu Dhabi 2030 vision seeks to establish the emirate as a regional center for culture with a ‘global capital city’ as its hub,” said Tony Orsten, former CEO of twofour54, at the launch in 2008.

Envisioned then as a driving force and home for world-class Arab media and entertainment content, twofour54 was expected to make Abu Dhabi a regional center for businesses in areas such as broadcast, digital media, gaming, publishing, music and film. The concept focused on three areas: developing talent, helping new businesses and providing world-class production facilities.

Yet, launching a company with such ambitious goals during a global crisis had a number of industry players raising an eyebrow. “When we heard about the economic downturn, we were all absolutely horrified, as you can imagine, starting a project like this. But we’ve been honestly, hand on heart, very pleasantly – and thankfully – surprised,” said Orsten in a 2009 interview with Communicate. “We’re offering people an opportunity to collaborate and create here in Abu Dhabi. Everyone from large media companies to small companies and individuals are very keen to do that here in the Middle East.”

A big factor in this surprising success was the sheer support the company received in its first year from media companies, with some of the world’s leading content providers onboard, including: CNN, the BBC, The Thomson Foundation, Random House, Harper Collins, Rotana Studios, The Financial Times, Abu Dhabi Media Company, C Sky Pictures and the Thomson Reuters Foundation. One of the larger players to establish a presence in the region with twofour54 was broadcasting firm Turner Broadcasting System (TBS). When TBS opened its new CNN broadcasting center in Abu Dhabi, it was only the fourth such world facility to be launched by the original 24-hour news network, in addition to Hong Kong, London and its home base of Atlanta. Turner also established its Cartoon Network at the twofour54 campus.

After twofour54’s first year in business, Orsten told Communicate that there was no massive difference to what was initially expected. “The slowdown in ideas and people coming to talk to us was not really perceptible, though, of course, we have to bear in mind that we have no year-on-year figures yet,” he added.

A few years later, in 2012, The Abu Dhabi Film Commission launched an alluring rebate scheme, in the hope of attracting production companies to the UAE. The incentive comes in the form of a 30 percent rebate on all qualifying spend in the UAE. Production companies using the scheme today include Screen Gems, Sony Pictures Entertainment, Jerry Bruckheimer Films and Joy Films.

They saw, they conquered

Twofour54 is made up of four business pillars: A media-training academy (tadreeb); a media and entertainment industry funding and support arm (ibtikar); a production, post-production and broadcast facilities (intaj); which all work together with a business services department supporting new businesses setting up in the zone (tawasol).

Since the region suffers from lack of talent, something that local production companies have complained about for a long time, the company decided to launch an in-house freelancers talent agency, which provides flexibility of staffing (per project basis) with no added administration costs. All partners of twofour54 are automatically registered into the freelance program.

Yet, what really boosts the appeal for tenants is twofour54’s tawasol. It offers companies everything from logistical and administrative support to help with visa and residency procedures. It provides a one-stop-shop facility to support the relocation and establishment of content organizations, to attract more local and international companies to move into the campuses of twofour54.

Another pillar that was launched in conjunction with twofour54 in 2008 is tadreeb, which offers more than 200 bilingual courses across TV, broadcast, radio, journalism and PR. To date, more than 20 young Emiratis have completed the vocational 12-month training program for UAE nationals “intaji”.

This year, tadreeb entered into a two-year agreement with Tamkeen Bahrain, to develop Bahraini media talent.

Intaj (Arabic for “production”) was launched at the end of September 2009, and comprises production, post-production and broadcast facilities in 11 studios – including HD suites – ranging in size to suit light entertainment, as well as large-scale drama productions.

Also in 2009, twofour54’s ibtikar was launched to provide financing and support for young Arab talent interested in the media and entertainment industry. This includes seed funding, investment in content development guidance and planning.

Among ibtikar’s completed projects are four young UAE nationals’ work on different media platforms, including a traditional short film Ghafet Osha, the pilot of a series made for digital distribution called Jirfah and two music videos shot to commemorate National Day in the UAE.

“We are not just launching a business, we are creating an industry and an ecosystem for true Arabic content creation, by the people and for the people in the Arab region,” said Wayne Borg, chief operating officer of twofour54 in 2008.

Four years later, with the title of chief commercial officer, Borg still sees many opportunities for companies in the content creation field. He says in a statement on twofour54’s YouTube channel: “Twofour54 is part of a larger diversification plan for the Abu Dhabi economy, where media is seen as a big potential market.”

In 2012, under newly named CEO Noura Al Kaabi, twofour54 had established a solid place on the media map in the region. Dubbed the “Queen of Media” by France’s weekly news magazine Le Nouvel Observateur, Al Kaabi was one of only two Arabs and the only Arab woman to appear in the magazine’s ranking of 50 individuals who contribute to changing the world.

The recognized businesswoman also sits on the board of Abu Dhabi Media, Abu Dhabi Chamber of Commerce, Image Nation and the Abu Dhabi Sports Council.

She was previously listed as one of Arabian Business’ 100 most powerful Arab Women in 2011 and 2012, and Media CEO of the Year. CEO Middle East ranked her Female CEO of the Year and one of its 100 most powerful Arab Women in 2012. Moreover, she was named in Forbes Middle East’s 30 Most Influential Women in Government in 2013 and was one of the four women ranked in the 2012 Communicate’s Power List.

She came on board with the notion to change fellow Emirati perceptions of the media industry and culture in general. “I want people to believe in being part of building their culture through what they write, act or the music they compose,” she says.

The company has definitely enjoyed a lot of success since she took on her powerful role. In 2012, twofour54 contracted 70 new partners, including MediaCom, AppsFactory and Seven Media Middle East. In the same year, intaj has produced more than 7,096 hours of television and opened four new production studios.

According to figures it released in the first half of 2013, twofour54 is well and truly on a roll. Occupancy rates for its studios stood at 92 percent, with post-production occupancy at 63 percent and 1,384 production days booked. So far, it’s generated 15,864 hours of television broadcasting content.

Besides its role as a media content center, twofour54 also offers a lot of support to other media creative outlets. It powers TROPFEST Arabia – an expansion of the world’s largest short film festival – each year to drive the development of a vibrant film and entertainment industry. It is also home to the Abu Dhabi Film Festival, the Abu Dhabi Film Commission and the Abu Dhabi Media Summit.

The summit, in its fourth year, wrapped up in October, with hundreds of experts from the global media industry discussing this year’s theme: Levering the Digital Age. The panels tackled the rapid transformation of the media industry and how they can capitalize on opportunities in a fully networked, media-centric world.

As for the Abu Dhabi Film Festival, it is celebrating its seventh year, showing more than 94 feature length films and 72 short films from 51 countries.

Not bad for an initiative that had not started under the best of auspices, which is now actively changing the face of the region.