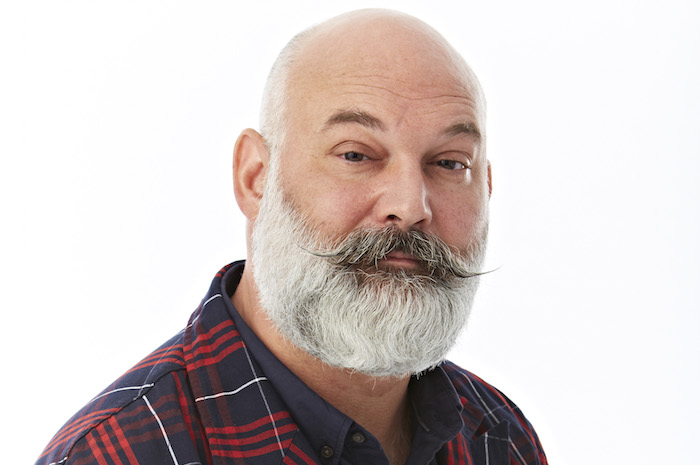 It’s not unsurprising that media professionals are seen as the guys with money – or at least that’s what Nick Vale, Maxus Worldwide’s global head of planning, would have us believe. “It’s the execution that gets paid; ideas are free. So, when you’re in the room with the creative [agencies], they look at you like, ‘Here come the guys with the money and their tanks are going to roll in the garden and no one else will be allowed to play there’,” he says. Communicate catches up with Vale to find out exactly what he means.

Too much, too slow

The evolution of technology and its adoption by consumers are pushing advertisers to not just be smarter, but also faster. How has this affected the planning process? “Not enough,” says Vale.

Planning, as a discipline, was properly adopted by media agencies from the 2000s to the early 2010s, when they “were desperately trying to be cleverer,” says Vale. It was around this time that it went from a more execution-based discipline to a strategic one. And yet, changes in the past two to three years have resulted in planning becoming slow and complicated, placing more emphasis on talent and processes than on results and execution. “We end up in this funny place where you have a strategic plan done by a very clever strategic planner that lives on PowerPoint; it’s beautifully written, but based on hunches,” he says.

On the other hand, the execution plan is rooted in data and numbers, which become almost extinct by the time the PowerPoint turns into something actionable. Timelines are getting shorter and data access is now available in real time, so it’s time for a process reversal. As Vale says, “The whole point of planning is to create great work. If we don’t understand that and think that [the point] is to write beautiful PowerPoint, then we’re utterly irrelevant.”

Automation plays a major role in improving the speed and efficiency of planning. However, its role has been limited to research so far. That’s probably why, Vale says, “We need to hardwire thoughtfulness and intuition into that [technology]”. Maxus integrates data into its new planning process in order to save time. Vale explains that a standard planning process follows these steps:

• Where are you as a brand today?

• What change in human behavior do you need to bring about to get there?

• Which channels are going to help bring about that behavioral change?

• How will those channels bring about that change?

Answering the above questions results in an overarching strategy or ideas. Admittedly, there may be gaps, which are filled in by what Vale calls “executional brilliance”. Maxus’ new process aims to crunch the first few steps of understanding and strategizing – or answering the “why” and “how” – by using data and algorithmic tools. “It reverses the traditional model. You have much more time to spend on creativity and executional ideas,” says Vale.

While Vale’s new model allows more time for creativity, it does raise the question of who is responsible for it. Today, media plays a more important role than it ever did, because “it makes messages come to life in a moment”. This does not necessarily mean that media agencies are the best at creating these messages. “We’re very good at understanding moments, times, places and mindsets where brands have a run. [But] we can only move forward as an industry by properly collaborating, understanding where we’re brilliant, what we’re good at, what the other agencies are really good at and then ensuring the best of us come together,” he says.

According to Vale, a planner has three masters: the agency, the client and the consumer. It is the planner’s duty to produce work that satisfies all three masters, instead of “tracing revenues for the business by doing things that [we] are not necessarily well equipped to do”. Moreover, “media is where it’s at”. The sheer growth rate in the scope of work presented to media agencies means that there’s an opportunity for other agencies to grow on the back of it.

This means bringing creative agencies to the table, but, in the past, when media agencies were “trying to get more strategic, they often did it by working against other types of agencies,” says Vale. Obviously, “that’s not a sustainable model for our business [media] because it is increasingly existing in grey areas,” he adds.

As a judge on several award shows, including the Cannes Young Lions, Vale finds that there’s a new trend of “grey areas”. This is the “work that doesn’t quite fit anywhere, or fits everywhere. Often, the thing that makes a piece of work good is not the stuff that sits within the traditional disciplines; it’s the stuff that sits on the edge,” he says. In 2013, British Airways released its “Magic of Flying” campaign in London. The outdoor ad was an animation of a child pointing to the sky every time a British Airways plane flew over it, with information about the flight. The campaign won the Cannes Lions Direct Grand Prix in 2014. However, Vale points out that it spans the categories of PR, media and outdoor. “Really great work is often unclassifiable. [Hence,] you’re more likely to find it by collaborating, because you need different types of minds and you need to play nice to get there,” he says.

This leads him to question the idea of an integrated campaign, because “increasingly, we’re seeing small digital things [like an app] creating a big effect.” 360° ideas tend to follow the “paid, owned, earned [media] rule, which I don’t buy anymore,” he says. His disbelief stems from the fact that typical 360° ideas put a participatory mechanic, such as an event, piece of content, or promotion, at the center of the strategy. The concept of participation often means that “we’re going to find the ten hottest people in the country to be in our pop video and that is not participatory at all – it’s actually quite exclusive,” he says. Today, it’s all about making consumers feel they are the most important people for a given brand. As he puts it, “It’s a movement from participation to mass consumer protagonism.” This movement is facilitated by the emergence of programmatic media, “because we can discreetly target [consumers] and, though we haven’t nailed the messaging part, we will get there”.

According to Vale, the advertising industry is moving into a two-humped world of communications, where each hump is a price curve. The first curve is traditional, with a few units costing $20 million on one end and other units costing $1,000 on the other. The bulk of the curve, which sits in the middle, consists of units costing $50,000 to $100,000. “That’s the good curve because you had rooms full of TV buyers who would spend between $20 and $200 million a year on a certain number of units at a mean price of $100,000 and they could manage that,” says Vale. However, “with programmatic, we’re moving into a second curve where the average unit of media is much lower,” he says. This could pose a problem for buyers, because they are used to purchasing units at an average price of $100,000, but now they’re moving to a time where the average is $25,000. “They can’t shift [units] because they don’t have enough time. That’s where the computers come in,” he explains. Currently, the second curve – the programmatic curve – is growing, while the traditional curve is reducing. Vale cautions against an imbalance because both curves yield different results. While the programmatic curve gives a short-term sales uplift, the traditional curve is still important for brand value and big-scale cultural changes. “We have to keep our eye on the first curve because the two have to be symbiotic. Otherwise, the long-term value of your brand reduces, even though you make your short-term sales, but it’s going to be harder to make them as people are less interested in your brand,” he explains.

Vale insists that the industry has to find ways of integrating programmatic and traditional media: “There are enormous learnings from programmatic about people and how people behave that you can then feed back into the way you craft your big idea.” This big idea doesn’t have to live on newer media platforms, says Vale, who’s “sick of walking into meetings where a client looks at you with a blank face when you deliver a plan that’s entirely digital because you think that’s where the hot stuff is”.

The choice of medium depends on the client’s objective. “People love TV. If the brand wants to achieve something that’s deliverable by TV, don’t force that brand to do digital,” he adds. As a medium, TV is still effective. It’s more about how much TV, because there are times when another medium might work harder for the brand. “There are a number of cases in the world where the client is being pushed into digital and it might be good to step back,” adds Vale.

Continue Reading
You may also like...
Related Topics:culture, insights