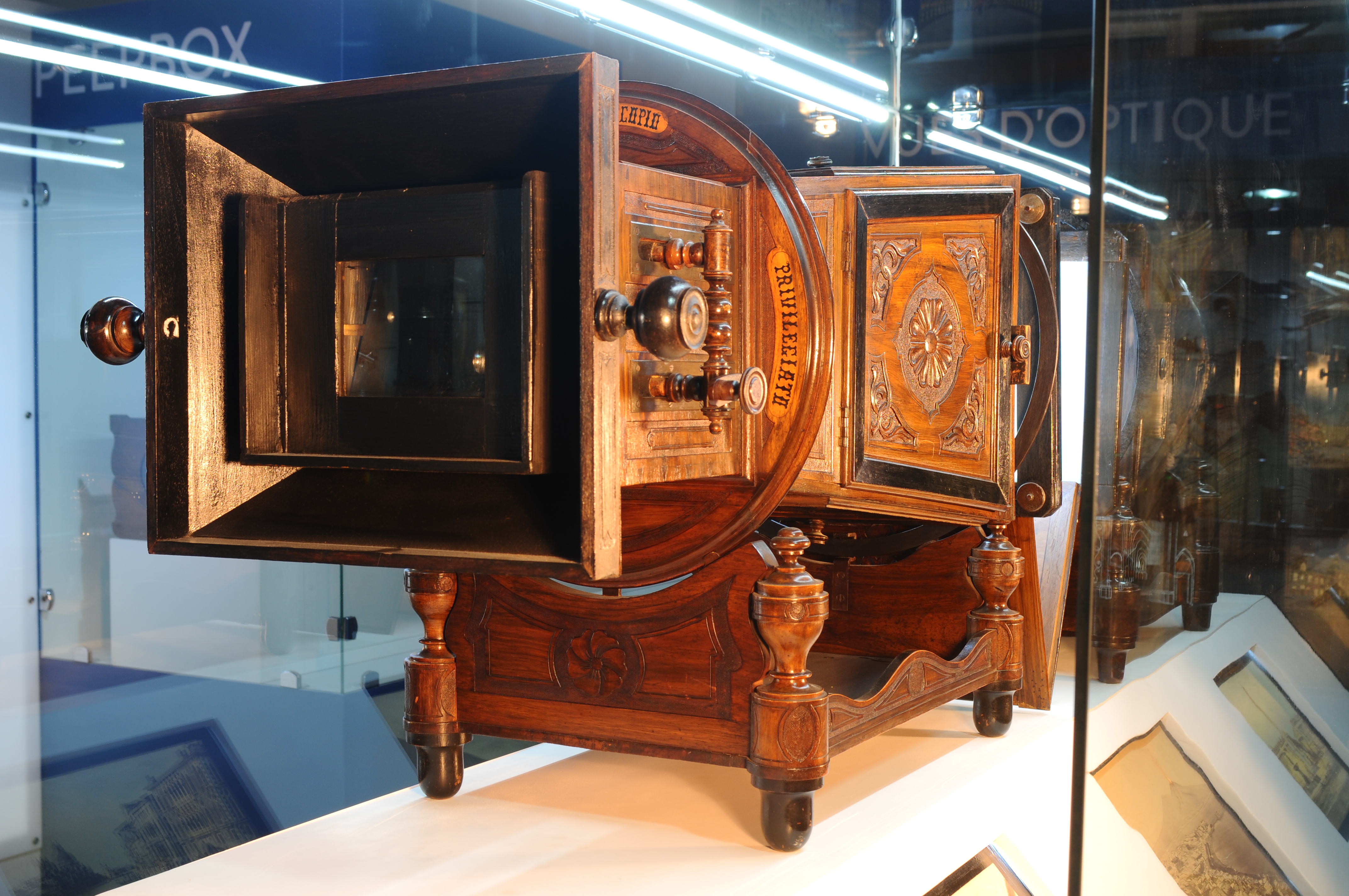 The Dubai Moving Image Museum, located on the first floor of the MCN Hive building in Tecom, is the third such museum in the world and the first of its kind in the Middle East region. As the name implies, it focuses on the history of moving images, from the first primitive cave drawings to the birth of the motion picture film. MCN’s chairman Akram Miknas’ private collection, which he accumulated over more than 30 years, is also exhibited.

Miknas, founder of Fortune Promoseven Holding, has made a name for himself in a number of disciplines – as a real estate and hospitality developer, having built and managed several hotels in his career. He also brought the McDonald’s franchise to Lebanon, where he had founded Fortune Promoseven in 1968. The network, now FP7, has more than 15 offices across the Middle East region. However, Miknas says that his advertising career started when he was selling ad spaces in his university’s paper.

Last June, Miknas was awarded the Sheikh Mohammed bin Rashid Al Maktoum Patrons of the Arts Award in the second highest category for his soon-to-come museum. He also received the government’s approval to include the title “Dubai” in the name of the venue, which is a massive honor, according to Mandy Aridi, the museum’s manager. Aridi tells Communicate that the museum has the richest collection of moving images, when compared with the other two in the world. “Having an advertising and media background enhanced my interest in image, visual communication and the way it has progressed over centuries. I love to make the connection between the history of the moving image and visual communication today, showing how far it has come,” says Miknas, who always hoped to show his collection. “I began collecting with a future plan to share my collection with the public, but it was in the 1980s that I really decided that I wanted to create my own museum, after seeing the now non-existent Museum of Moving Images in London,” he tells Communicate. “Since then, I have been very thorough in my collecting to acquire pieces that fully represented the progression of the moving image.” Most of the artifacts displayed in the museum are original pieces, dating back to the 1730s, while some are replicas.

As for the choice of Dubai as the city to host this initiative, Miknas says: “I have always felt that Dubai is an amazing city, where the East and West comfortably meet and interact. The people that live in and visit Dubai have a great interest in arts and culture, so I felt it is an ideal location for such a unique and rich collection.”

Through the looking glass

A small café is the first thing that you see when climbing up the stairs. Aridi says that plans are under way to host open mic nights, along with yoga, meditation and other courses and activities. The museum itself is also available for rent.

A few steps away is a gift shop. “We are trying to market the shop as a unique gift destination, not just for the museum, but for Dubai as well,” says Aridi. All of the gifts relate to the concept of moving images.

The display halls are organized chronologically by concept, rather than by date, with each moving image device and its evolution occupying a section. Throughout the museum are interactive pieces, so visitors can get a chance to really experience what it was like centuries ago to see moving images for the first time.

The camera obscure section includes some of the rarest items, such as the 19th German camera obscure, which shows how artists captured images before photography was invented.

Yet, it is the 18th century Dutch peepbox viewer that makes most visitors giggle, says Aridi. The images, all handmade and with holes punched through them, give an exaggerated depth of field. “Showman would travel around with these items and offer people a peep into the box for a fee. The images seen through the viewer were the very beginning of 3D,” says Aridi. The huge peepbox evolved in the 19th century to become a portable home entertainment device.

The Magic Lanterns, created in the 17th century, kick-started the concept of projecting images. Later in the 19th century, the lanterns witnessed huge improvements, with the introduction of illuminants that enabled the lantern to project, as well as entertain larger audiences. In the 1920s, magic lanterns were still used in movie theatres, mostly to project advertising.

According to Aridi, the rarest piece in the museum and one of the only remaining in the world, is a German toy Magic Lantern from the 19th century – its design is based on the Arab tale of 1001 Nights.

The museum has a big roundtable where visitors can try out all of the three concepts. “We’ve had some children, aged five and six, come on a school trip and tried out the devices, and they loved it,” says Aridi, stating that the museum plans on attracting several schools to come and visit. A discounted entrance fee is available for students and minors.

“This is one of our highlights,” says Aridi, as she points to the Kaiserpanorama. The very big device, made in Germany in the late 19th century, is a form of stereoscopic entertainment medium that was a predecessor to film. Even though the mechanism is a replica – handmade in Germany and delivered to the museum – all of the slides inside the device are original. The photographs are printed on glass slides and were hand tinted to add color. A special camera at the time – the stereo camera – featured two lenses, which would take two pictures of the same scene from a slightly different angle, so when the two images are put together, it creates a 3D effect.

Once photography became a popular medium, it revolutionized the way in which  moving images were viewed. The Mirascope was one such byproduct. Overlapping cinema, the American invention utilizes photography, as well as the flip concept. A camera would shoot different motion pictures and then print it on a reel. Other options included taking scenes from an already existing movie and printing them on a reel, such as the museum’s example of a Charlie Chaplin movie. The museum has three original Charlie Chaplin reels.

The museum tour concludes with a poster that portrays the beginning of cinema. In December 1985, the Lumière Brothers in Paris were the first people to project a motion picture. The 10-second movie was the first successful film to be projected on a screen. With audio still missing from the equation, most movie theaters would instead feature an orchestra.

“This is where we stop, this is the end of our collection,” says Aridi. “We wanted to represent everything that came before and led to cinema.”

As for his favorite piece in the expansive collection, Miknas chose the megalethoscope viewer. He says: “It is a wonderful piece that was invented in the 1860s. It uses photographs and light to create dramatic effects and transformations. I love the drama it creates.”