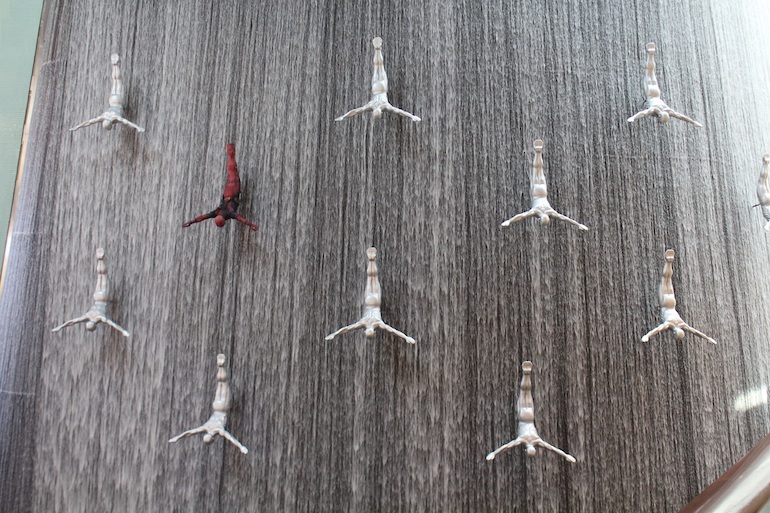 Who knew the potty-mouthed antithetical superhero could actually teach us all some valuable lessons?

Amid all the Deadpool 2 hype in Dubai, some passers-by spotted the superhero taking a plunge at the famous waterfall in Dubai Mall.

The agency behind the idea was Dubai-based Livingroom Communication.

“For Deadpool 2, there was a real focus on creating culturally relevant campaigns that spoke to audiences in each market,” Ashleigh Potts, head of marketing at Majid Al Futtaim Cinemas Film Distribution, tells Communicate.

“The first Deadpool movie performed exceptionally well in the UAE with Deadpool developing a strong fan following. It was important to delight fans with something that was locally relevant and different the second time around,” she adds.

The idea behind the stunt was to do “something so unique that would gather worldwide attention,” explains Potts. And indeed it did with Ryan Reynolds posting the image on Instagram garnering over 1.2 million likes.

INFOGRAPHIC: How Middle East brands can benefit from the FIFA World Cup 2018

Dubai Mall, the largest mall in the world, and its iconic waterfall together, made sense as “We thought that combining these two elements would entertain not only locals who live in Dubai but the millions of people around the world who have visited the waterfalls on a trip to the UAE,” adds Potts.

In addition to the stunt, the marketing team went all out with a regional campaign that includes TV, outdoor, radio and digital advertising as well as the below:

WATCH: What these Saudi men think of women driving will surprise you

Pull off a stunt that gets everyone talking – in the region and outside of it.

Don’t rely only on social and digital.

READ: Why advertising to Apple users just got a LOT harder

Getting the right local partners. Tie-ups with Careem, Virgin Radio, du, etc. are a smart way to not only capture the attention of audiences, but also engage them through strategic partnerships with brands that already have a high engagement level with their audiences.

How the sun and moon are key to the 2nd local campaign of this global brand
Saudi women are getting ready to drive. But are men ready?