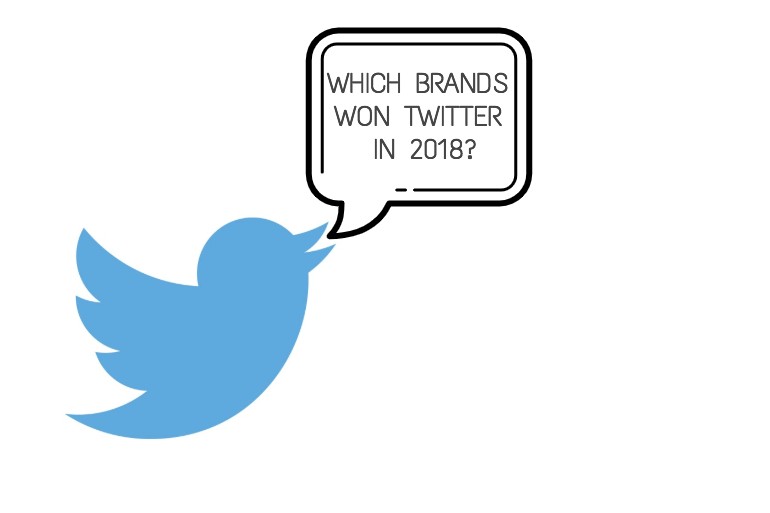 As the year comes to a close, we look back at the brands that made it on Twitter in 2018 based on data and insights from the Twitter team including a chat with Stephanie Terroir, head of brand strategy at Twitter MENA.

The below list is based on different aspects of what makes a brand successful ranging from brand voice and use of creators to brand purpose and launch moments.

This title is given to a brand that has consistently and strategically been able to define and leverage its own Twitter voice – authentic, fun and maybe even sassy.

Careem injects warmth and humor into its tone of voice on Twitter, engaging customers with just the right amount of wit. The tweets posted by Careem, as well as the conversations it has, have brought the brand’s channel to life, building strong relationships with fans and customers across its markets. From GIFs to dad jokes, Careem continues to interact with a unified tone of voice that draws users in.

Are we going to see the dance soon? pic.twitter.com/94fvVY2rvO

Volkswagen Middle East wanted to launch its model Arteon on Twitter under the overarching theme of street art. It combined technology and human talent to create a 6m x 2m piece of art during a four-hour Twitter activation at Dubai’s La Mer. Half of the canvas was drawn by an artist and another half by a custom-made plotter powered by tweets with the hashtag #VWStreetArt.

Redefining the meaning of street art, one tweet at a time.
Save the date. #VWStreetArt pic.twitter.com/8cK5bLgVsD

Egyptian investor, Naguib Sawiris, leverages the conversational nature of Twitter to engage with Twitter’s business community, specifically youth and start-ups. He consistently shares his experience and insights with the Egyptian youth seeking guidance on a range of topics, from employment to self-development. He also regularly uses the platform to update followers on his new investments and to promote his philanthropic projects in his home country

Best Use of Live-Streaming (video): Rani

The brand that took the live experience to a new level, bringing consumers into the fold in innovative ways

As the official drink sponsor of the Saudi Arabia national football team, Rani saw the 2018 FIFA World Cup as the perfect opportunity to build brand engagement and boost sales by quenching people’s passion for football. Capitalizing on the global hype, the brand launched a two-pronged campaign, targeting football fans on Twitter with engaging content and real-time updates, putting the brand at the forefront of the World Cup conversation.

Unilever’s Omo and Comfort utilized Twitter’s in-stream video sponsorships format to connect with Gulf women in real-time. They served pre-roll ads contextually in front of pre-selected premium content from Hia, who provided Comfort with four videos for sponsorship over the course of the Royal Wedding weekend. Each video was preceded by pre-roll in English or Arabic targeting Gulf users actively tweeting about the wedding via Twitter’s keyword targeting.

The CPV achieved for this campaign was 30 percent below the category benchmark.

With the aim of further positioning Dubai as a preferred travel destination for Japanese tourists, DTCM (Department of Tourism and Commerce, Dubai) invited four Japanese creators to visit Dubai. Through a collaboration with Twitter’s content creator community Niche, the creators were brought to Dubai to produce coverage of the city from their perspective, catering to a Japanese audience in terms of both visual style and content. The visit’s footage covered various content pillars promoted by DTCM, focusing on the insights regarding Japanese audiences’ preferences.

The brand that took a stand, tapped into what’s happening and connected to culture in a genuine, authentic way

Nissan Saudi supported Saudi women from the start, posting its GRL2018 tweet only 39 minutes after the announcement of the ban lift hitting the news in September 2017. Soon after, it launched the #SheDrives campaign in Q1 2018, celebrating not only the women driving but also honing in on the role and support of the important men in their lives from fathers to husbands. The campaign beat industry standards across an engagement, views and clicks objectives: the engagement rate was 5x higher, click-through-rate was 7x higher, and video view rate was 34 percent higher than industry standards.

Every year, on September 23, Saudi nationals express love for their nation online. With brands’ user engagement usually driven by incentives, STC utilized Twitter’s native functionality to create a collective experience. Run across the three-day national celebrations, with the aim of bonding with a Saudi audience at an emotional level, users were invited to ‘heart’ a tweet, claiming a heart on a dynamic, interactive map of Saudi Arabia on STC’s website in real-time. Users could then search for their heart on and off the platform.

With the objective of growing its global brand presence, Emaar leveraged the buzz of the World Cup with the launch of a once-in-a-lifetime Twitter exclusive campaign inviting football fans around the world to win a luxury apartment in one of its lifestyle destinations in Dubai. The campaign. #EmaarGoldenHome, was led by legendary football player Alessandro Del Piero.

Your once-in-a-lifetime chance to WIN AN APARTMENT IN DUBAI is coming up! Watch the video of Emaar communities and tell us where you would love your dream apartment to be. #EmaarGoldenHome #ComingSoon ?

“Fearless Girl” is going places. Literally.
Gillette puts a new spin on “Best A Man Can Get”