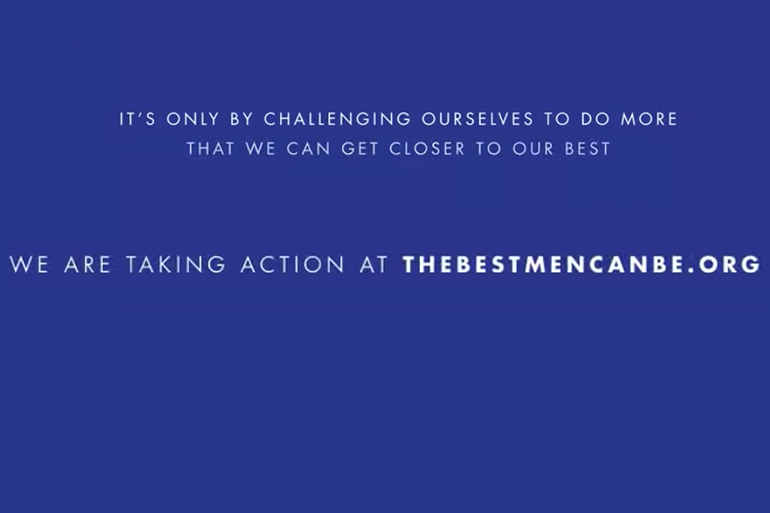 Gillette ignited a firestorm on social media, TV talk shows and around the office water cooler last week with a surprising take on its long-running “Best a Man Can Get” campaign. Titled “We Believe,” the spot from Grey, New York, aims to reframe the meaning of masculinity. Set against the backdrop of the #MeToo movement, it calls for a stop to behaviors like mansplaining, bullying and sexual harassment, asking, “Is this the best a man can get? Is it?”

In the first 48 hours, the video racked up 19.7 million views, according to analytics firm Talkwalker. By day three, it added another 6 million on YouTube alone. The spot did not run on TV.

Some celebrities, such as Chrissy Teigen, Rainn Wilson and Arianna Huffington, applauded it on Twitter as enlightened. But another social media faction emerged, decrying the ad as unfair and insulting to men. Right-wing pearl clutcher Piers Morgan tweeted: “I’ve used @Gillette razors my entire adult life but this absurd virtue-signalling PC guff may drive me away to a company less eager to fuel the current pathetic global assault on masculinity. Let boys be damn boys. Let men be damn men.”

But how “We Believe” was received depends on the research report you’re reading:

Social-listening firm Converseon found it negatively perceived by a 45-percent to 34-percent margin.

Sixty-one percent of respondents in a Morning Consult survey gave the ad high marks; 23 percent were more neutral and 17 percent ranked it low.

Testing by Ace Metrix rated the long-form version of the spot above average on likability and in the bottom 2 percent in terms of being polarizing among all ads the syndicated service has tested.

But consider this: Ace Metrix’s 500 panelists were required to watch the entirety of the nearly two-minute video, unlike most people, who encountered it on social channels amid commentary and could quit viewing at any time. Several Ace Metrix panelists said they didn’t like the ad at first but did by the end. Morning Consult respondents saw the ad in a similar forced-viewing situation, and its test showed a similar increase in favorability during the second half of the ad.

In the real world of digital ad viewing, only around two-thirds of people even make it through a typical 30-second ad.

P&G brand director Pankaj Bhalla tells Ad Age its goal was to provoke conversation, so Gillette no doubt expected polarization. And this is, after all, an era when brands increasingly take a stand on social issues, as Nike did with a ballsy campaign that sided with Colin Kaepernick on the issue of NFL players kneeling during the national anthem.

But there’s one glaring difference between Nike and Gillette: Nike’s primary customers are young urban millennials who support brands that stand up for causes and tend to sympathize with Kaepernick’s protest. Many of the customers for Gillette, a 117-year-old brand, are older white males less likely to be attuned to the #MeToo movement. Overall, younger men have been shaving less in recent years and African-American men have shaved less historically because of irritation issues.

And it was that core shaving demographic that disliked Gillette’s ads most, according to Converseon. It found men were net negative toward the ad and women net positive, and that white people viewed the ad more negatively than other ethnic groups. Converseon also found sentiment was overwhelmingly positive from Democrats and overwhelmingly negative from Republicans and conservatives.

Getting the tone right

The brand’s heart was in the right place, says Jim Stengel, former CMO at P&G and a consultant who has presided over many similar “purpose” campaigns. But Stengel faults the tone and execution of the ad for offending many viewers­ – including a lot of men who’ve been longtime loyalists – by seeming to accuse all men of wrongdoing.

According to BrandTotal’s data, however, Gillette wasn’t necessarily aiming at loyalists with “We Believe”. BrandTotal found that 34 percent of Gillette’s online placements targeted people ages 19 to 24, up from 11 percent for prior Gillette social ads. Some 51 percent of targets were female.

Converseon analytics found Gillette actually won the social media sentiment battle not only among Gen Z, but among people up to age 50, beyond which net sentiment turned sharply negative.

It’s those haters that prompted rival Dollar Shave Club to leap on the Gillette controversy. It responded with an oblique but contextually relevant tweet: “Welcome to the club.”

DSC says it was repeating a phrase it’s been using since last year when it launched its own “Get Ready” campaign to welcome new subscribers. However, the tweet hit as protestors promised to ditch Gillette.

DSC has returned to the show, because Hannity’s predominantly white and male followers are on the buying side of the men’s razor business.

But the ultimate test of whether Gillette has turned millennials into believers will be sales, and that data isn’t in yet.

Continue Reading
You may also like...
Related Topics:advertising to women, advertising-dubai, gillette, me too, women empowerment, women in advertising