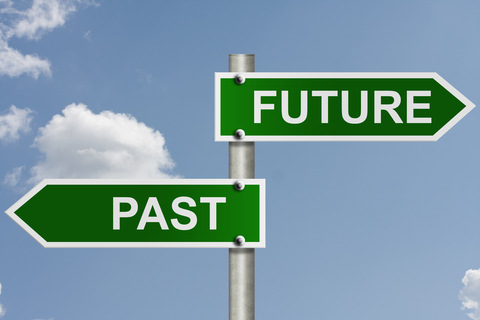 “Keep Calm and Carry on”, the most popular Internet meme of the year, sounded like some sound advice for the regional communications industry, in the face of a simmering political scenario and stunted global and regional ad spend.

Publicis Groupe’s ZenithOptimedia had predicted in March, that global ad spend would grow by 4.8 percent in 2012 and reach $489 billion by year end, but soon revised its growth forecast down to 4.3 percent, following continuous economic turmoil in Spain. By September, the situation looked even worse, when WPP downsized its own growth expectations for the year, to 3.5 percent.

In July 2012, The Arab Media Outlook report, jointly released by the Dubai Press Club and research firm Deloitte, showed a more optimistic annual growth rate of 5.9 percent between 2011 and 2015, for ad spend in the MENA region. This, however, was based on the assumption that the advertising market in Egypt would recover, to give way to new investment, expansion and more ad spend in the regional communications industry.

Following a tough 2011 for Europe,
marketers looked towards the MENA region, particularly at GCC countries such as the UAE, in search of greener (or sandier) pastures. The year
also saw the arrival of several independent
bodies such as the US-based Transworld
Advertising Agency Network (TAAN) and the Public Relations International Association
(PROI) in the UAE. The PR industry in the Middle
East also witnessed the Dubai Declaration or the PR World Congress. Television sets also saw some action, with new international channels such as the Indian Viacom 18-owned Colors, and Arabic current affairs channel Sky News Arabia, beaming to new audiences in the region. It only seems fitting, then, that the year began with a new international campaign for Dubai called, “Dubai means business.”

The new arrivals and increasing investment in the Middle East communications market also spurred more research, along with a keen interest from marketers in the mobile and social media sphere. “Digital” was the buzz-word and “research” finally received this year the much-needed and long-awaited push that the region needed.

Media research firm Ipsos MENA and the first Digital Media Forum in the region kicked off the year with more professional research and in-depth analyses. New agencies such as Aegis Media network’s digital performance marketing shop iProspect, and Choueiri Group’s new mobile advertising solution DMS, added sharper teeth to the region’s digital agency portfolio this year. Two of the world’s biggest digital giants, Google’s YouTube and Facebook, also bit into the lucrative Middle East pie in 2012, with the former introducing its ad format to the region and the latter, setting up its marketing and sales unit in Dubai; Socialbakers.com, a global resource for social media data, set foot in the Middle East too, to cash in on the potential, more social media research.

The year also saw a lot of movement in terms of digital buyouts, one of the biggest being
Publicis Groupe’s acquisition of UAE-based digital firm, Flip Media. The move further emphasized the growing commitment from the regional industry to digital media.

Within digital, social media took center stage this year with more marketers giving in to the appeal of the Facebook ‘Like’ and more agencies investing to strengthen their social media capabilities. BPG Group, for instance, launched its new social media unit in Dubai this year while the first Riyadh ArabNet Conference was held in Saudi Arabia, to share insights and analyses on social media – a first for Saudi marketers and agencies alike.  Another first for the region was the World Social Media day celebrations in the UAE, hosted by globally renowned technology portal Mashable in June.

Mobile, too, had another year of action, in 2012. With more than three large media networks launching mobile advertising and marketing initiatives this year, such as Clique Communications Group’s Plus 7 Network and Choueiri Group’s DMS, 2012 looked bright for mobile marketing. According to research released by the Interactive Advertising Bureau (IAB) in June 2012, the Middle East and Africa mobile search advertising market reached $124 million in 2011, $44 million for display ads and $4 million for messaging.
Just arrived.

Agencies saw a lot of action this year with a host of new launches in the mobile and social media sphere, more network expansions, new faces and high-profile appointments across the board. TV-side, Communicate’s Power List 2011 topper, Sheikh Waleed Al Ibrahim, stepped down as CEO of MBC Group to give the reins to Sam Barnett, who was previously the COO for the company. Agency side, Nagib Badreddine took over as CEO of Y&R MENA, as he was handed the baton by Nassib Boueri; other major changes in management came at JWT MENA, as WPP appointed Roy Haddad as its first MENA director, and Vatche Keverian stepped into Haddad’s shoes as CEO of JWT MENA mid-year. Another WPP agency, Mindshare MENA appointed its first social media director, Scott Fitzgerald, as well as a new digital director, Boye Balogan, this year. The agency also became the first international media agency to open an office in Baghdad, Iraq.

In fact, Iraq was in focus throughout the year as major regional communication networks trained their eyes on Kurdistan (Northern Iraq) and other parts of the country, to tap into the burgeoning consumer sentiment there. A study compiled by market research firm TNS media (dated October 2012) concluded that as Iraq moves into its next economic cycle, it is fast-emerging as the next big consumer market, home to the region’s third- largest population, estimated at 32 million. Little wonder, then, that agencies such as Memac Ogilvy, JWT MENA, Leo Burnett MENA and other regional networks made a beeline for Iraq this year.

Meanwhile, more expansions were seen in the region, with MEC MENA entering Egypt and Qatar, while Cairo-based digital agency Digital Republic set up shop in Dubai. Independent Lebanese creative agency Interesting Times, expanded into the UAE with an office in Abu Dhabi.  Another independent agency, UK-based Cravens, opened its offices in Dubai, as part of its bid to establish a foothold in the Middle East. Full service digital agency DDB Tribal also launched its Middle East operations with offices in Dubai and Riyadh this September.

Global media agency MediaCom also took strides into Qatar and Abu Dhabi to strengthen its Middle East portfolio. Another new arrival in the Middle East this year was WPP-owned global marketing research company, Millward Brown while WPP’s creative agency, while Memac Ogilvy formed a strategic alliance with Saga Communication in Morocco and JWT MENA ventured into Jordan. Publicis Groupe, on the other hand, focused on Palestine, becoming the first major communications network to enter that market.

Lebanon, however, saw a reversal of this trend, with Lebanese Media Holding shutting down its Production and Acquisition Company (PAC) in Lebanon and global advertising network, TBWA and the Rizk Group ending their 11-year affiliation in the country.

Two major communication networks underwent a rebranding exercise that changed their identity in the region. After ten years in the Middle East, public relations firm MS&L was renamed LeoComm PR, while global PR network, Euro RSCG was named Havas PR, after a full rebranding of the Havas Worldwide group.

The game changers.Apart from expansions and restructuring, the year saw some major changes in client – agency relationships. Some long-term associations were severed, while new relationships were consolidated as “pitch-happy” clients made some important decisions.

Etihad Group left OMD for MediaCom and LBi following a multi-agency review, while Emirates NBD chose Starcom MediaVest
over the incumbent MEC. Sony Ericsson also left MEC for PHD, but just when it started looking like a bad year for MEC, it scored the
Nestlé regional account for buying, planning and
digital engagement.

They won some, they lost some, but no agency managed to disrupt the order in a big way.  However, the awards tally and metal count this year, did upset the apple cart.  Unlike last year, agencies in Dubai were not able to clinch top positions, as their campaigns lost out to work from Lebanon. Last year’s toppers, FP7 Dubai and Y&R Dubai were seen trailing in the list of award-winning agencies in 2012.

In the 2012 award circuit, CSR campaigns won big. Campaigns such as “No
Rights No Women” by Leo Burnett Beirut
headed the roster with the most impressive tally of awards at Dubai Lynx, Cristal MENA,
Cannes Lions and GEMAS Effie Awards,
followed by another campaign by Leo Burnett Beirut, “Fake it All” for the Brand Protection Group. The former was a campaign designed to raise awareness about gender discrimination and legal obstacles to women in Lebanon.
The “Cheyef Halak” CSR campaign for LBCi
by Impact BBDO Beirut also received
accolades, for aiming to spread awareness
about road safety, discrimination and corruption in Lebanon. These CSR campaigns catapulted Leo Burnett Beirut and Impact BBDO
Beirut to the second and third position in the overall tally of awards in 2012. Memac Ogilvy emerged as the the most awarded agency of the year, propelled by its campaign for Tunisian NGO Engagement Citoyen, titled “Return of dictator Ben Ali.” It was also a big year for MENA at Cannes Lions 2012, as the region more than doubled its previous kitty of awards at this year’s ad festival. The region brought home 21 Cannes Lions, which included five Golds, six Silvers and 10 Bronzes, as well as 54 shortlists for 23 clients across four MENA countries.

The Gemas Effie awards, held in Dubai on November 2012, saw the Grand Prix going to Lebanon-based independent creative agency Interesting Times, for the second time in a row.
The year also saw a lot of regional work being recognized in the international circuit, such as the Lebanese Bank Audi’s campaign win at the Midas award. Also, StarcomMediaVest Group Dubai become the first regional media agency to win an award at the Festival of Media in Montreux, as it bagged top honors in the “Best engagement” category for Olay’s “Eyes Of Arabia” campaign.
Another international win was that of DDB
Dubai’s, as it struck gold at the New York Festivals International Advertising Awards. OMD MENA dominated the Effie Effectiveness Index, while the OMD global network won the Global Agency Network award at M&M in London. Y&R Dubai and Memac Ogilvy Label both won gold at the London International Advertising Awards.

The global citizen
In the pink