China is a land of opportunity for brands. It’s also prime territory for cross-cultural pitfalls, and many big companies have stumbled here. For your edification (and summer reading enjoyment) here are a few of the more noteworthy blunders:

KFC, China’s most successful fast-food restaurant, reportedly goofed years ago when translating its slogan “Finger-Lickin’ Good” for the local market. According to various accounts, it came out more like “Eat Your Fingers Off”. 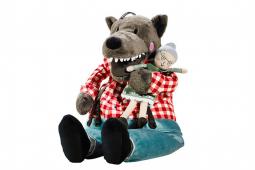 Ikea’s stuffed toy wolf once had a name that sounded naughty in Cantonese.

There are recent examples, too. China has many different dialects that sound nothing alike, which makes naming products and brands so difficult. That’s what tripped up Ikea when it picked a Chinese name for a toy called Lufsig, a stuffed Big Bad Wolf clutching a bespectacled granny. In Cantonese, the name’s Chinese translation sounded similar to a term for a mother’s private parts. The name has since been changed.

But here’s where things get complicated – and one could argue that the name was actually a stroke of luck. Partly because of the innuendo, some Hong Kongers last year adopted the toy as a symbol for CY Leung, the chief executive of Hong Kong, who is nicknamed “the wolf” by detractors. The toy became a symbol for demonstrators and sold out repeatedly. It even has its own Facebook page, with more than 51,000 followers.

Worse than messing up a a slogan? Botching a brand name

There’s an oft-repeated tale that Coca-Cola’s original Chinese brand name meant “Bite the Wax Tadpole”. But is it actually true?

The company’s digital magazine cleared the issue up. Before Coke’s official Chinese launch in the 1920s, a shopkeeper came up with a phonetic equivalent for “Coca-Cola” that had that absurd meaning, and hung a sign with that name.

So Coke was not to blame – and the name the company actually adopted, Ke Kou Ke Le, is terrific – it sounds like the original, and means “let your mouth rejoice”.

Chinese brands have had their translation issues too. Dairy giant Mengniu translated its Chinese slogan (roughly, “For Every Drop of Happiness”) into English and came up with “Little Happiness Matters”.

Please, no more ads for sports cars on the Great Wall of China

While it’s important to adapt your message to China, Western brands can go overboard. And there probably aren’t many compelling reasons to shoot an ad at the Forbidden City or the Great Wall. It’s been done before – a lot.

Laurence Lim Dally, founder of Hong Kong-based market research and consulting firm Cherry Blossoms, points out that brands from Uncle Ben’s to Fedex to Porsche have used the Great Wall in their ads.

Take Porsche – the Great Wall has zero resonance with its brand. When it chose that ancient setting for an ad several years ago, the location seemed to belittle Porsche’s own impressive history. After all, “Porsche was ‘only’ founded in the 1930s,” says Dally. Porsche probably wouldn’t do anything similar today, she added. 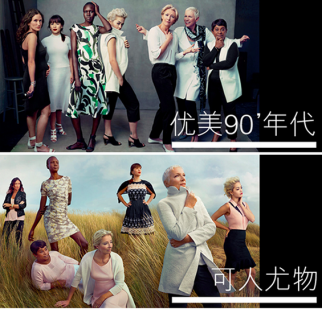 It’s a Marks & Spencer ad, but Chinese consumers have no idea who these people are.

This happens constantly. British chain Marks & Spencer recently ran creative showcasing actress Emma Thompson and supermodel Alek Wek, among others. And Chinese consumers “do not even know these people at all,” as local branding agency Labbrand puts it.

If the company was really intent on using those celebs in China, it at least could have made “efforts to tell the success stories of these women in a way that resonates with Chinese values,” says Labbrand’s brand strategy and corporate branding team in a newsletter.

Beware the curse of Jackie Chan

Some Chinese celebrities have endless endorsement deals – so many that it’s hard to believe they can even keep the products straight. That’s the case for actor and martial artist Jackie Chan, who has touted everything from Canon cameras to air conditioners to a shampoo to fight hair loss.

Unfortunately for Chan, many of the products he has endorsed have run into problems. That anti-baldness shampoo was hit with claims it contained carcinogens. A soda brand he endorsed disappeared; a car brand underperformed. In 2010, Chinese internet users gave the phenomenon a name: the “curse of Jackie Chan”.