Joe Harland, head of visual radio at BBC, started off with how Radio 1 has been the “most influential music radio station of all time”. 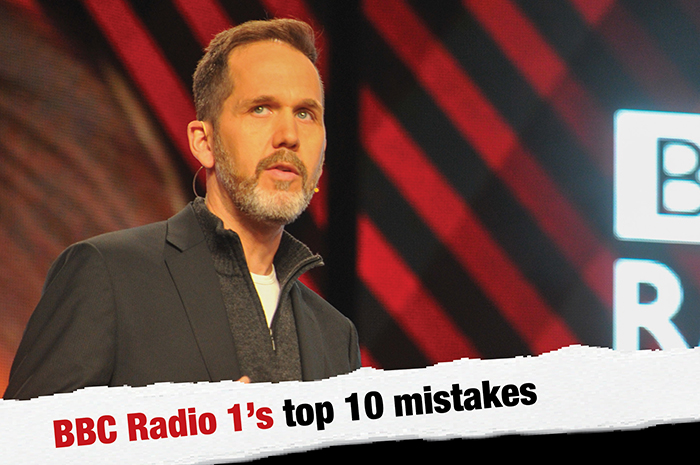 Joe Harland, head of visual radio at BBC, started off with how Radio 1 has been the “most influential music radio station of all time”. Not only was it the first station to play Jimmy Hendrix, the legend even created a jingle for it. It’s a channel with a “cultural legacy”, but in the digital age, it’s naturally faced with a challenge. “Do you know how many young people base their consumption on a brand’s fall glories? It’s about the same amount of people who asked for radios last Christmas, which is none,” quipped Harland.

Radio 1’s target audience is millennials and while they spend most of their time on a device that can stream radio, they don’t choose to do so. “So, like many other broadcasters, Radio 1 decided to work with what they are tuning in to – in this case, YouTube,” added Harland.

In the spirit of openness and in typical radio-style, Harland listed how Radio 1 made its journey to being “the most-watched radio station on Earth,” through a rundown of the top ten mistakes he and his team made.

10. Trying to make a viral hit. It’s the audience that decides whether it’s going to go viral, not you – the maker

9. Making an advert for your content because everyone loves adverts

8. Ignoring the people who say, “Don’t make adverts and viral hits” in the first place

7. Producing content that has production values that are worse than some videos filmed by YouTubers in their bathrooms

6. Opposite of No. 7: Blowing your entire budget on one video because an ‘experience director’ told you that that’s the way Netflix made its shows

5. Disabling comments. The last thing you want is to be publicly criticized, let alone have a conversation with them [your audience]

4. Disregarding what your audience is sharing in favor of deciding to push your own corporate message

3. Believing that your brand is so big that viewers will find it [your content] wherever you release it

2. Having a video crash and burn, and deciding that the audience just didn’t get it

1. Having no proper plan at the start –no schedule for release, no plans for frequency of release, no reliable quality threshold – just sporadic, random acts of digital

And finally, even if you avoid these mistakes, you have to accept that the majority of video consumption is driven by LOL, OMG and WTF.