Communicate brings back the Salary Survey to help explain how salaries in agencies across the region have been impacted (or not). 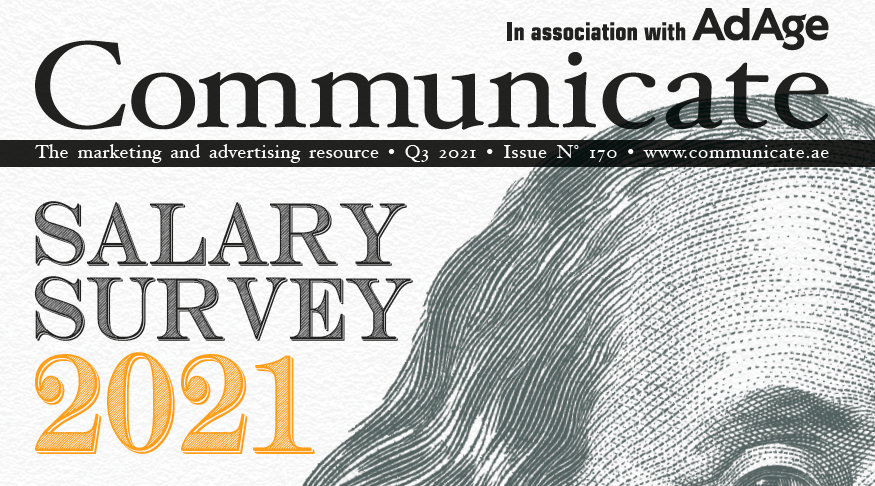 Following the global pandemic, the business world has been turned on its head on many levels, from heavy financial pressures and deep transformations of the workplace to large numbers of redundancies, recruitment temporarily brought to a standstill, and compensation schemes in need of some rethinking.

The GCC hasn’t been spared by the turmoil, with the region’s marketing & advertising industry – which was already struggling to manage an ever-evolving environment where tech companies and social platforms are attracting increasingly large shares of both budgets and talents – now scrambling to adjust to the new paradigm. The COVID-19 lockdowns and ensuing economic downturn left most industry players with no other choice but to take drastic measures such as freezing costs, keeping salaries flat, and sometimes implementing salary cuts, halting bonuses, and so on.

Naturally, this year’s findings are widely different from what we would have found earlier. Yet, it turns out that, in fact, the state of the market may not be as dire as we might fear, with a rebound clearly in the works.

Firstly, we asked agencies and networks to share the basic salary they offer, excluding extra allowances and benefits, along with a number of other details that define the state of their workforce. More than 30 organizations, including multinational networks and independent groups or agencies operating in the region took part in this initiative. However, this number is not inclusive of the individual agencies that fall under the networks that answered and that are, indeed, covered by the survey. We asked participants to give us brackets within the range of AED1,000 less or more – or its equivalent in SAR for Saudi Arabia – than the salary they pay for each position. The brackets that we received differed widely from one agency/network to the next (and it is worth mentioning that, while salaries for entry and mid-level positions were somewhat consistent across the board, variations increased with seniority). This is why we resorted to calculating the median figure for each salary. Below are the aggregated results, maintaining complete confidentiality of each participant’s answers.

In part 2, to be released tomorrow, we'll show another series of findings. We asked recruitment agencies to share their research or used already publicly available material.

In both cases, we chose not to disclose figures for the roles/countries for which we did not receive enough responses to get a representative result. In particular, due to the extreme crisis hurting its economy and the lack of reliable, consistent data available in this market, we chose not to present figures for Lebanon, contrary to previous editions. 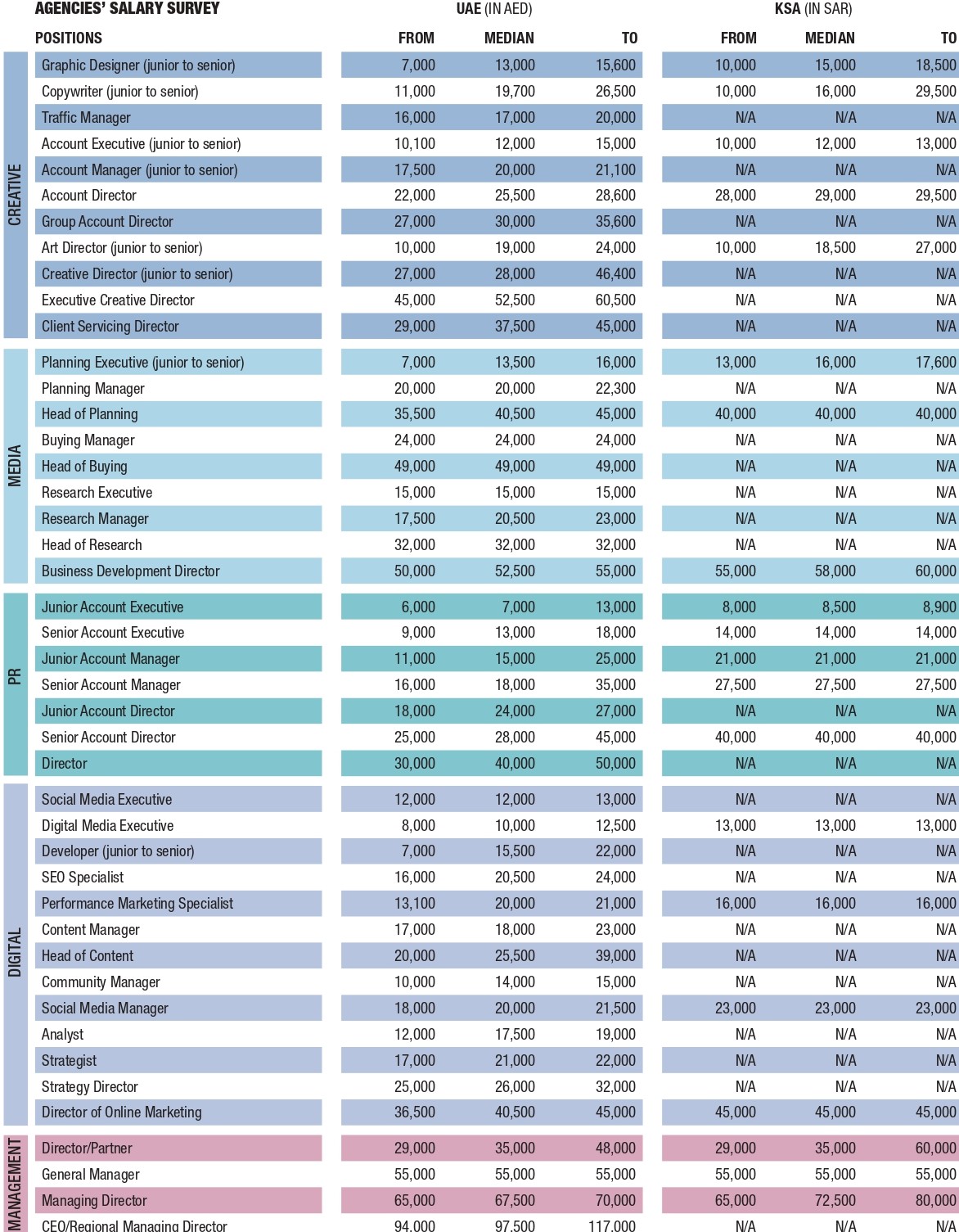