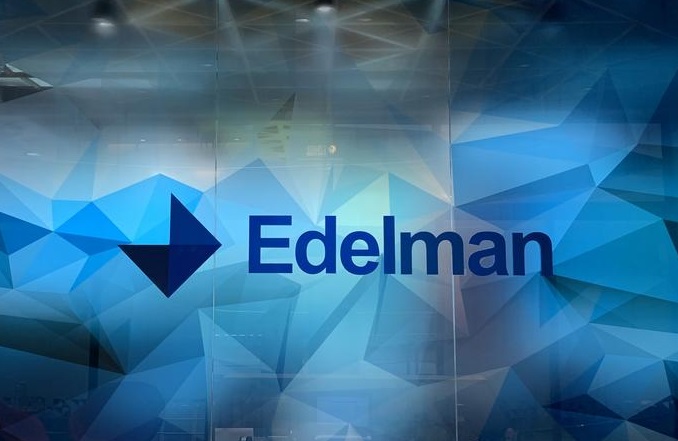 Following what was described as a 60-day review of over 330 clients conducted in response to pressure from climate activists, Edelman made the announcement to drop clients that don't fulfill its ESG requirements.

Results of the assessment, which actually was completed in 53 days, were shared through a blog post this Friday by CEO Richard Edelman himself rather than a report. The assessment is part of an ongoing sustainability strategy, Edelman Impact, which was established a week after the group Clean Creatives petitioned the firm to drop its oil and gas clients, particularly Exxon Mobil and Shell.

The petition from Clean Creatives, which describes itself as "ad professionals who want a safe climate future," was circulated during the United Nations global climate summit in November and signed by more than 100 activists, academics, authors, and actors, among others. Some notable signatories include actors Ilana Glazer and Amy Poehler, author Ta-Nehisi Coates, and marine biologist Dr. Ayana Elizabeth Johnson.

The launch is taking place less than a week from the conclusion of climate summit COP26 in Glasgow. Edelman is promising to do more to help clients hold the limit of global warming to the 1.5 C agreed upon by world leaders in the Glasgow Climate Pact.

The firm has named Martin Whittaker, CEO of Just Capital, as senior adviser and head of Edelman Impact. He will work with Edelman in addition to his existing role at Just Capital which is a nonprofit that focuses on holding companies accountable to improve their social impact.

Last week, more than 100 celebrities and influencers called on Edelman in an open letter to end its work with fossil-fuel companies such as ExxonMobil. Using the tag, #EdelmanDropExxon, celebrities and activists used posts across social media channels to accuse the firm of “actively contributing to fossil fuel emissions through its marketing activities. In response, Edelman affirmed that climate change is "one of today's most important global challenges" and urged collaboration across institutions and sectors as a solution.

Before completely cutting off any connection, the agency said it will work to guide clients that have gaps in its standards with meetings starting this week. It will also require climate communications training for all staff and will look to report its progress publicly on an annual basis.