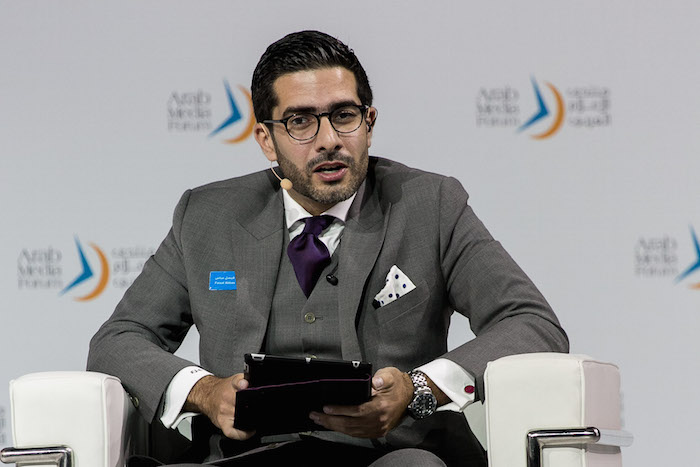 Forty-one-year-old Saudi daily Arab News has signaled the beginning of its global and digital expansion by hiring Al Arabiya English’s editor-in-chief Faisal J Abbas in the same role. Ever since his move from London to Dubai in 2012, Abbas has become known as ‘Mr Arabiya English’. Under his leadership, Al Arabiya has grown to target the English-speaking demographic and digital-savvy audiences continuously, striving to provide an honest Arab perspective to international and regional audiences.

Today, Al Arabiya English is the go-to site for all Arab affairs and analysis, boasting millions of hits every month, on par with the likes of CNN, BBC, The New York Times and The Washington Post, and features exclusive columns from prominent experts, such as former Australian PM Julia Gillard, IMF’s Christine Lagarde and Harvard’s Majid Rafizadeh.

It also launched an instant subtitling service in 2013, which made Al Arabiya television’s Arabic content – news bulletins and current affairs shows – available in English only one hour after broadcast. This service has proven quite vital, especially when Saudi Arabia’s Deputy Crown Prince Mohammad bin Salman gave his first-ever televised interview to the channel earlier this year, resulting in it being the most-watched video on the site and a source for more than 1,000 internal news outlets.

After such a successful run with Al Arabiya English, Abbas has now stepped down to go back to his roots in some ways – to Jeddah, where he grew up – with Prince Badr bin Mohammad bin Abdullah bin Farhan Al-Saud, chairman of Riyadh-based publishing powerhouse Saudi Research and Marketing Group (SRMG), announcing him the new editor-in-chief of Arab News, SRMG’s flagship English-language daily.

In an exclusive interview, Communicate catches up with (ex) Mr Arabiya English.

Why leave Al Arabiya after such a successful tenure?

Al Arabiya will always have a special place in my heart and I cherish every moment I spent there. However, duty calls back home and now I have an opportunity to be part of a very exciting time in Saudi Arabia, working in a field which I am extremely passionate about.

Will you be transforming Arab News much like you did with Al Arabiya?

Editorial integrity can’t be promised, it must be proven and all that I ask is that the Arab News team and I be given some time to demonstrate what we can do together.

But surely you must have a plan?

The core will always be quality content and any editor’s job, first and foremost, is to ensure that this is looked after every day. The rest of the matters are details, but they are important and exciting, given that we live in a completely different era than when the newspaper was launched in 1975. To start with, there is no such thing as a local paper anymore. We are all global, whether we like or not. In addition, we definitely need to cater to a new generation of news consumers, who need to be better informed if we are to trust them to make important decisions in the future.

What do you think is the formula of success in this digital-first age?

What we do is about two things: creating captivating content and effectively distributing it. As you know, content will always be king.

People may forgive the look and feel aspects for a while, if you are offering exclusive, relevant and important to know information. The other part is promotion and distribution, and we need to remain on top of things to ensure that our consumers receive our content via the channels that suit them.