Here's How L’Oréal Promotes Beauty in Diversity
Insights People
Back

In an exclusive interview, Communicate speaks to Reem Bishr, Corporate Affairs & Engagement Director at L’Oréal Middle East to unfold her approach toward empowering women in the workplace and gender equality. 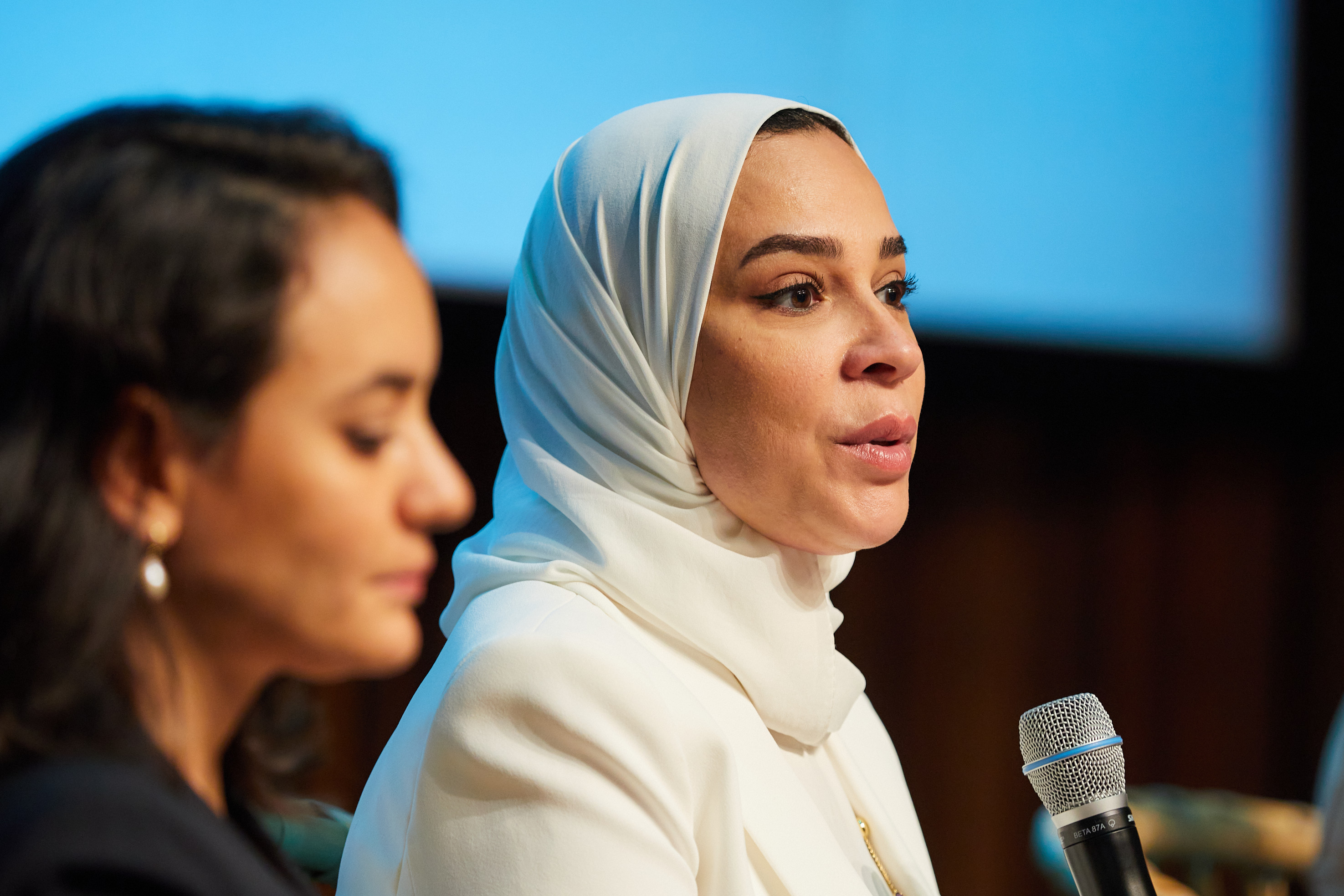 Reem’s journey began with the L’Oréal Group in 2013 with the mission of building the communications function and teams in the GCC HUB, a function that soon became a strategic pillar in L’Oréal Middle East. Reem played a vital role in building the visibility, reputation, and advocacy of the Group and its 27 brands as well as establishing strategic governmental partnerships in the GCC. She also spearheaded philanthropic initiatives on behalf of the brand in the region during Expo 2020.

Do you think L’Oreal is an empowering place to work for women? If yes, what makes it one?

Absolutely, L’Oréal has long been a leader in gender equality and has been recognized for its diversity, equity, and inclusion achievements globally and regionally. It has cultivated an equal opportunity environment that empowers women to reach their utmost potential. The Group has made significant strides in increasing female visibility in leadership and top management roles as they now represent 50% of the board members and 55% of leadership positions globally. In L’Oréal Middle East, women represent 53% of divisional management positions and we are proud to announce that we obtained the Gender Equality European & International Standard (GEEIS) certification in the UAE.

As such, the combination of an inclusive environment, the support from upper management, and the Group’s robust diversity & inclusion strategy have made L’Oréal an extremely empowering place for women to work and grow.

Explain in detail the campaigns by L’Oreal have uplifted and empowered women in the region during your reign here?

We have launched several initiatives in the region that have supported and empowered women across different spaces including the L’Oréal–UNESCO For Women in Science program, L’Oréal Fund for Women, L’Oréal Paris Stand Up Training Program, and many others.

The L’Oréal–UNESCO For Women in Science Middle East Regional Young Talents program was launched in 2014 in the GCC to empower women in science, by recognizing, promoting, and encouraging them as well as funding their research to enhance their careers. The program is also committed to improving the representation of women in STEM and particularly in top decision-making positions. To date, we have recognized 40 researchers from the UAE, Oman, Kuwait, Bahrain, Qatar, Saudi, and Yemen. Five out of the 40 scientists have also gained international recognition through the International Rising Talent Program.

Through the L’Oréal Fund For Women, a three-year charitable endowment fund of 50 million euros as part of L’Oréal for the Future, we pledged AED1.24 million to Shamsaha, a non-profit corporation based in Bahrain, to support its mission of protecting, advocating and empowering women in the GCC. Through the fund, Shamsaha expanded its crisis program’s services and on-ground operations to the UAE, KSA, Oman, and Kuwait. The expansion plan included forging partnerships with key resource providers to offer victims medical, therapeutic, and legal support as well as food, supplies, and transportation. The partnership also supported streamlining the development of a mobile application to support victims of abuse across the region.

L’Oréal Fund for Women also joined forces with Dubai Foundation for Women and Children to launch the "Isolation Building" project, with an aim to protect the beneficiaries and faculty to ensure the continuity of its services with high safety measures. This involved placing new residents in the isolation building during the COVID-19 pandemic to undergo medical screening before they are transferred to the main shelter to eliminate the risks of highly contagious diseases.

Last but not least and in line with L’Oréal Paris’ aim to give women the confidence and power to take the place they deserve in society; the brand launched the L’Oréal Paris’ Stand Up Against Street Harassment initiative in partnership with the NGO Right To Be. This involved launching a training program designed to help prevent street harassment and build safe, inclusive spaces for all. In the GCC, we held the largest Stand Up Against Street Harassment training in Expo 2020 Dubai which was broadcasted live across the world and held with the brand’s international spokespeople Aja Naomi King, Aishwarya Rai, Aseel Omran, and Mona Zaki. We reached 25,000 people and 10,000 people were trained globally on the day.

On a personal level, how do you think L’Oréal and its ethos have helped you grow as a woman?

Being part of an equal opportunity environment not only allowed me to reach my full potential in the workplace but also allowed me to empower other women in other areas of my life. Having the support and the backing from L’Oréal instilled hope for a brighter and more gender-equal future. Whether it was through the Stand-Up initiative, the remarkable women scientists that were celebrated in For Women in Science program, or the widespread support that was extended to vulnerable women in the region through the L’Oréal Fund for Women, I was fortunate enough to use my voice, role, and power to become one of the changemakers for women in this part of the world.

How have you contributed to L’Oréal’s vision of promoting beauty in diversity?

Being an Arab and veiled woman who holds a leadership position in the region is a testament that L’Oréal practices what it preaches and continues to strive to be as diverse as the people it serves. Inclusivity is at the heart of the Group and we will continue to contribute to a gender-equal world.

Moving forward, what do you aspire to do for the Group?

To have L’Oreal Middle East recognized as the #1 pioneer, ethical, responsible, women empowering beauty company in the Middle East by our consumers, partners, communities, and employees.

Where do you look for inspiration, when you feel demotivated and how do you manage to bring yourself back on track?

The impactful philanthropic programs we run in the region where we truly make a difference and bring positive change to the women and communities in our region through initiatives like L’Oréal Fund For Women, Stand Up by L’Oréal Paris, the L’Oréal-UNESCO For Women in Science and many others, always inspires me to get back on track.

Any advice to young Emirati/ Arab women that you'd like to pass on?

As women make up half the population of the world, their role becomes imperative to drive change and shape the future. Despite the overriding challenges that women face daily, significant strides have been made in the women empowerment space. Keep your head held high and continue to use your voice, role, and power to drive the women's empowerment agenda forward.