The 92nd Saudi National is just around the corner. It is a celebration of pride and honor for the nation’s people but it’s also an opportunity for brands and advertisers to step out and make the best of it. 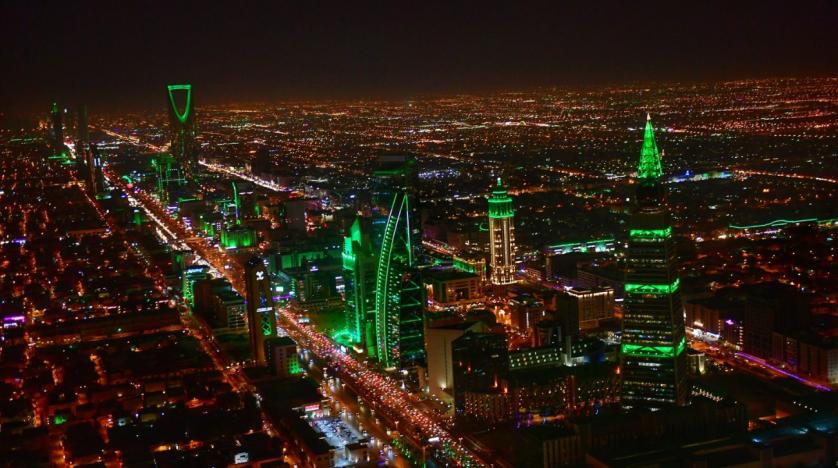 After two years of virtual celebrations, this year is going to finally be back with a bang. It’s time for advertisers and brands to gear up and grab the best opportunity they get at putting themselves out there for the 92nd Saudi National Day which will be celebrated on the 23rd of September 2022.

Communicate sat down with Antoine Caironi, Interim Regional Managing Director at Twitter MENA to further understand how brands can target their audiences on this occasion through Twitter, while also remaining authentic. 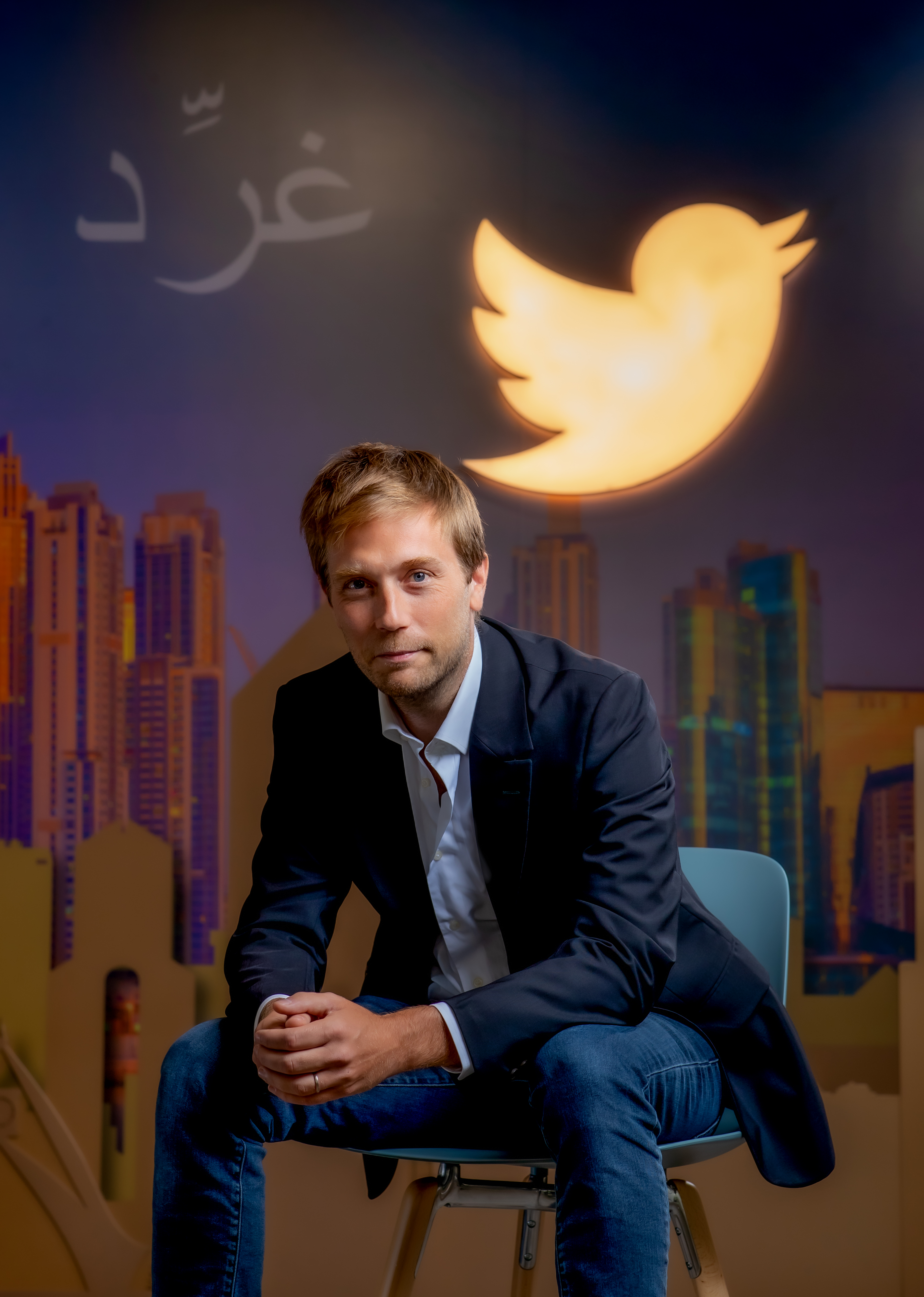 What significance does Saudi National Day hold for brands and advertisers in the region?

People come to Twitter to talk about what’s happening, particularly around big moments, such as Saudi National Day. One of the most important cultural moments in the Saudi calendar, a time that is synonymous with celebrations of the country’s culture, heritage, and achievements, with a Twitter survey revealing 2 in 3 people on the platform in Saudi are excited about the upcoming celebration.

Last year, Twitter recorded a 12% year-on-year increase in the Saudi National Day conversation, as people took to the platform to express their pride across a range of passion points. According to a Twitter Insights survey commissioned in June 2022, Saudis were most proud of the country’s digital transformation (57%), economic development (52%),  Saudi’s development into a tourism destination (50%) major events taking place in the country (43%), as well as women empowerment (50%), so there is a range of pillars through which brands can connect with their audiences. Additionally, the survey revealed that 69% of respondents believe it's important for local brands to communicate around Saudi National Day, while 56% believe the same for multinational brands – it is a time where leaders, brands and audiences can connect to drive a deeper resonance.

How can brands stand out on this occasion, while maintaining their authenticity and credibility? In what ways does Twitter aid brands & advertisers in achieving the same?

The challenge for brands is twofold, as an annual occasion they need to ensure they have a fresh approach year-on-year, similarly, they have to cut through the noise while staying authentic to their own purpose, igniting a sense of celebration, pride, patriotism, and belonging in a way that is most relevant to them and their audiences.

At Twitter we advise brands to split their strategy into three phases - Hype, Participate, and React. The Hype phase focuses on awareness, creating a pool of leaned-in audiences, and building associations. Participate focuses on brand alignment with conversations, ensuring that offers and content speak to audiences and drive engagement. Most important is React, which means brands must be agile and able to react to real-time conversations unfolding across the platform.

It is important for brands to join the conversation ahead of the occasion, with research finding conversation on the platform kicking off at the start of September with 50% of Saudi National Day conversations on Twitter happening between September 1 and September 21 and peaking on the 23rd. Additionally, 76% of people believe brands should kick off their initiatives in the lead-up to the celebration, as opposed to solely communicating on the day, with 58% preferring several Tweets around the celebration for brands to own their narrative, as opposed to a single Tweet of acknowledgment.

When Saudi Arabia’s tourism authority Saudi (@VisitSaudiAR) wanted to focus on boosting domestic tourism, they turned to Twitter ahead of Saudi National Day to showcase the Kingdom’s many travel destinations and rich history, encouraging people to share their national pride.

To engage people with a passion for travel and their home country, the Saudi tourism authority’s @VisitSaudiAR & @VisitSaudiNow launched a Twitter campaign designed to drive a discussion with key tourism influencers.

The initial Tweet featured a video created with user-generated content from Visit Saudi's previous “Tanafas” (‘breathe’ in Arabic) summer campaign. This was paired with the hashtag حظنا_بالسعودية# (#LuckySaudis), which triggered its very own custom-branded emoji.

The Tweets from @VisitSaudiAR and @VisitSaudiNow encouraged people to show their national pride and share their experiences of the scenery and culture of Saudi Arabia, showing the world everything it has to offer. To ensure a connection with the right audience, Visit Saudi partnered with a number of influencers who Tweeted the video in multiple languages

Twitter’s conversation settings were used to ensure that only followers of @VisitSaudiAR could reply. This enabled the tourist authority to get the best possible user-generated content. Furthermore, call-to-action Tweet buttons were used to make it easier for people to spread the #LuckySaudis message.

The success of the campaign was also reflected through the engagement of key influencers from the Saudi tourism community who shared images of some of the country's key destinations while amplifying the #LuckySaudis message.

Are there any unique campaigns that Twitter might be working on with brands for the same? If so, which brands?

Vision 2030 has inspired brands to set new objectives, driving celebration of not only the past and present, but the future, thereby broadening creative horizons. Previously, brands used to palliate national day campaigns, leveraging offers and promotions, however, we’ve now begun to see brands build equity and become an authentic part of the conversation.

Brands and creative agencies are challenged every year with the same brief: “how do we distinguish our campaign amidst all the clutter and ensure our brand is associated with this occasion in a meaningful way?”.

With Twitter,  they’re able to drive conversation, engage with audiences, and build long-lasting loyalty. Brands can utilize the surprise factor by partnering with new or progressive celebrities, and artists, crafting thought-provoking messages, and using threadable content to create conversational threads, or engage consumers with their own corporate culture. Never underestimate the value of video production and other amplifiers on the platform.

How important do you think video content is and how can Twitter help brands and advertisers leverage the power of video?

Video is a powerful storytelling tool that allows advertisers to tell a brand's story. For example on Saudi National Day, authentically linking a brand’s purpose with a key connect moment can truly drive cultural relevance. Research revealed that videos with high viewership triggered further audience interest, with 36% of people more interested in watching highly-viewed videos and 22% more interested in watching the entire video.

A great example here would be on the occasion of the 90th Saudi National Day in 2020 when Saudi Aramco (@Saudi_Aramco) leveraged Twitter to launch a 10-day campaign that celebrated the best of Saudi Arabia, past and present. Using the hashtag انسى_توقفنا# (#Unstoppable), the campaign invited Saudis to Tweet their gratitude to key workers who contributed to the development of the country. This was followed by a video that chronicled 90 years since the unification of the Kingdom, and celebrated the resilience of the Saudi people.

On Saudi National Day itself, the campaign turned interactive, with Saudi Aramco (@Saudi_Aramco) asking users to join their yearly tradition of raising the national flag and participating by hitting ‘like’ to help raise the flag. This live activation was broadcast on Periscope and was amplified via a Promoted Trend Spotlight. This gave Aramco unrivaled reach on Twitter on Saudi National Day.

Finally, Aramco asked people to express what makes them proud to be a Saudi, using a dedicated hashtag, لأني_سعودي# (#IAmASaudi). These Tweets were then featured in a video that concluded the campaign.

What Twitter solutions can advertisers leverage amid the buzz for Saudi National Day?

When it comes to a content approach, Twitter advises brands to use multiple formats, with a Nielsen Brand Effect study showcasing that using 3+ ad formats increases the probability of a campaign’s success.

Additionally, there are a number of solutions that brands can take advantage of around Saudi National Day, from Twitter Takeover, which provides brands the opportunity to lead by owning moments that matter on Twitter’s most premium placement, to Twitter Amplify, which connects them with premium brand-safe content. We work with content partners across the region to make content available for brands on Twitter through either Amplify Pre-roll Video or Sponsorships. This allows brands to be associated with, for example, clips from a trending TV show through Pre-roll ads, connecting them with a highly tuned-in, leaned-in audience.

Brands can also surprise and delight audiences through ​​Branded Likes, which allows them to transform Twitter’s Like button into a delightful, custom animation. When paired with Twitter’s Timeline Takeover, Branded Likes saw a +277% lift in recall, and a +202% lift in purchase and consideration intent. Branded Notifications are also a great way to capture audience attention, enabling advertisers to have 1-1 conversations at scale, by delivering time-triggered, automated @mention Tweets directly to opted-in users at the moments that matter most.

There are also a number of different formats gaining popularity. We’ve seen Spaces growing across Saudi Arabia with a +79% increase in the number of tune-ins to spaces year to date and over two million Spaces hosted in Saudi Arabia this year alone.

To sum up, people are excited to watch and engage with brand stories on the platform, and we’re here to ensure brands authentically connect