Make the call
Insights Industry
Back 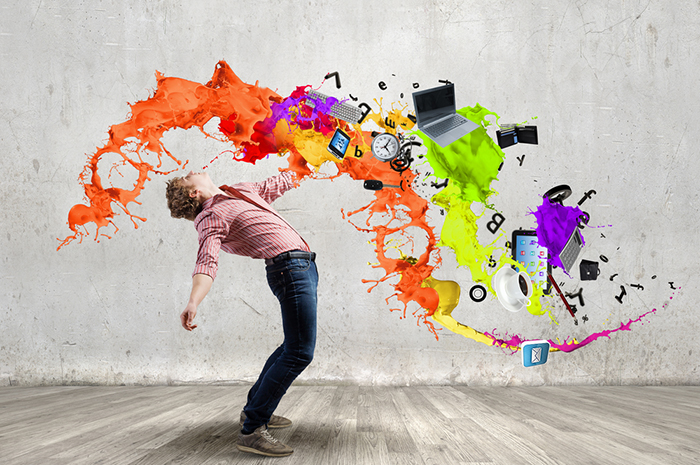 The year of mobile. Cross-device targeting. Geofencing. Personalized marketing. Identity-based targeting. The small screen revolution. These are just some of the phrases that do the rounds when people talk about mobile – if not digital – advertising.

However, there seems to be a certain bubble surrounding mobile advertising in the MENA region, where smartphone penetration is among the highest in the world and, yet, the overall mobile ad spend continues to struggle for its fair share.

The present-day regional scenario holds two key challenges for the growth of mobile advertising: measurement and collaboration. Lack of third-party research and efficient ways (read: agencies and technologies) to measure mobile engagement – especially across devices – combined with the lack of a mobile-first approach on the part of creative agencies make the mobile environment even more challenging than it already was.

Tony Bourached, regional director and head of digital MENA at Mindshare, admits that the region is falling behind in research – but that’s not limited to mobile.

“If you talk about behavioral [research], which is the basic, we’re not even close on digital, let alone mobile,” he says. One reason could be that mobile penetration in the region has grown at an incredibly prolific rate. “Maybe the industry hasn’t caught up with that,” he adds.

Waseem Afzal, executive director of integrated solutions at OMD, agrees that the regional industry hasn’t been able to bridge the gap between the different sets of metrics – including TV and digital – and this applies to mobile too. “We are still siloed in [terms of] how we report the performance of a campaign to our clients,” he says. “We’re still driven by metrics on a channel and platform level.”

Not only isn’t there enough research and data, according to media agencies, but there’s also a need to redefine mobile metrics. “We’re limited, in some sense, in terms of a cookie-cutter approach from desktop to mobile. We’re trying to move away from some of the metrics. We still look at engagement rates, but, if we look at the mobile app conversation, the industry is based on downloads, which is a crazy metric for me,” says Simon Sothcott, digital director at MEC. Instead, he suggests moving to metrics such as the number of active users, time spent and revenue per user.

For Afzal, the archaic metrics the industry is looking at says a lot about how “you position mobile and what role it plays in the overall scheme of things”.

In the region, one-third of the digital audience has ad-blocking software installed, while 50 percent of all display impressions are not even viewed. “So, what are you really left with?” asks Afzal. “It means that display should no longer be pursued in the same light as it was in the past. Its role has changed very much, because we’re seeing that a lot of clients are associating display activities more [with] performance and [want it] to be reclassified under trading desks.”

Another common metric, the click-through rate (CTR), is higher on mobile than on desktop, which, for some, is an indication of the power of mobile. However, Bourached questions if the CTR converts to real clicks, considering that mobile is a much smaller screen.

For him, mobile, being more personal, is the gateway to more data that is most likely not available through desktop. “Telecom companies hold a lot of data which they don’t share. So, the day we crack measurement on mobile is the day media – or even the industry – can work closely with telco providers, analyze that data, go beyond the click and target people better,” he says.

Not only do telcos have data they’re not sharing, they’re not using it themselves either. Joubran Abdul Khalek, director of digital and mobile at SMG, says, “It’s not about giving it [data] out. [It’s about] monetizing it in a way for us to segment and target audiences even more specifically.” He goes on to add that this benefits the telcos, who are in dire need of money, and, moreover, data utilization and optimization are new revenue streams that are perfectly legal.

While there is certainly a distinction between laptops, mobiles and, now, even wearables in terms of media consumption, user behavior and campaign performance and metrics, there is no difference between any of these from a user’s perspective. These devices, overall, form one connected experience and, while users do shift from one to the other rather seamlessly, they are, more often than not, using them simultaneously.

“When a TVC comes up, people look down. So, brands, clients and agencies need to be ready to create compelling content that lives in the moment, for customers who act in the moment, or else be left on the big screen and ultimately on the shelf,” says Fahad Osman, brand strategy at Twitter MENA. And yet, says Afzal, “I haven’t seen anything that works seamlessly from one platform to another. It’s not just about targeting but [about] retargeting also.”

There are certain players that are enabling cross-device measurement and targeting, such as Facebook’s Atlas and Google’s DoubleClick, but these are largely restricted to the online giants’ respective environments – although one can argue that those two by themselves form a significant part of a user’s online ecosystem. Xaxis’ TV Sync, Twitter’s Amplify and SMG’s RUN are all products that enable cross-device targeting – and possibly even retargeting – but there’s nothing in terms of pure research.

“There are other algorithm-based offerings from third-party companies, but they rely on being able to partner with some data providers – of which there are zero in the region… It’s early days,” says Sothcott.

Eventually, what all of this means is that “we need to invite the global research companies,” says Bourached of Mindshare – which has a company called LifePlus conducting research around wearables.

Khalek says that SMG is investing in technology that will help the group tackle the challenges surrounding mobile advertising, but even he admits that as far as soft data – behavior, for example – is concerned, “there need to be more industry players investing. There should be more independent bodies doing this at scale and a certain cost. We would be interested to invest this money, but there’s nothing that is quick and cost-efficient.”

So, if everyone agrees on the need, importance and investment in bringing third-party research companies to the region, why isn’t anyone doing it? “It’s a chicken and egg story. The responsibility is with everyone, including clients. If clients or even agencies allocate a proper budget for research and invest [in it], that would drive it,” suggests Bourached.

To sum it up, Fahad Mughal, digital account manager at MEC, asks, “Are we too comfortable as a region? Too reliant on foreign knowledge and expertise? Is there nothing that can be grown and nurtured here?”

This divide can be chalked down to the advent of social media. Afzal says, “Media agencies were quick to jump onto it as opposed to PR and creative, and, now, PR [agencies] want to position themselves as an extension of [their] traditional [services] – creative [agencies] on the back of copywriters – but whoever moves in quick[ly] and creates a first-mover advantage for the clients creates a proposition that’s strong and compelling.”

“As the lines between creative and media blurred, we found ourselves competing and not complementing each other in [many] ways and offering probably what’s best for clients,” adds Bourached. The role of creative agencies even in a data-driven world is undeniably important. As Bourached puts it, “They [creative agencies] are the brand guardians; they know the brands probably more than the brands know themselves and have a big responsibility to support the clients.”

Instead of creating for mobile, they’re adapting to it. In a time when consumers and impressions are on mobile and smartphone penetration is high, why not think mobile-first, asks SMG’s Khalek. “Because it’s a cycle, it hinders us as media agencies when we want to plan mobile and we don’t have the right creative support,” he adds.

However, Twitter’s Osman hates the term “mobile-first”. He explains, “It means there is a demarcation between what happens on hand-held devices and the rest of a campaign. Agencies and clients need to start thinking about the small screen in terms of user actions as opposed to channel and this starts with the brief.”

Currently, mobile suppliers seem to be bridging the gap, according to Afzal, although he adds that this is not sustainable.

“If brand [creative] agencies want to position themselves as custodians of brands across touchpoints and if we know that consumers are spending increasingly more time with these emerging screens, then creative agencies need to flip the model of how they’re delivering ad executions,” he explains.

Survival of the fittest

It’s in the best interest of creative agencies, too, to start adapting, even if it’s to add a potential revenue stream. While some have indeed started to do that, there continues to be a certain pushback.

“There’s a head-in-the-clouds type [of] approach when it comes to creative. As a media agency, we are the gatekeepers of client data,” says MEC’s Mughal. “A lot of times, we see creative agencies wanting to reinvent the wheel just to show their prowess, but simplicity [is important], especially on intimate mobile devices.”

With this pushback comes some friction and ego play, according to Mughal, because no creative agency wants to be told how to design creatives, even if the media agency knows exactly what’s not working. However, for Afzal and Bourached, it’s not so much about ego as it is about access to data.

“When we go to a client, we typically see them inclining toward the recommendation of a media agency that’s backed up by stats, data and insights – which, unfortunately, not a lot of creative agencies have access to,” says Afzal.

“The power of data that media agencies have… How can that be offered to creative agencies [that are] used to working and delivering brand message?” questions Bourached.

Meanwhile, Bourached says that media agencies have a duty to themselves, clients and the industry to share the data – and even educate their creative counterparts in the process. However, he adds, it’s still up to the creative agencies to learn.

“It works both ways. They [creative agencies] need to be more proactive when it comes to being curious about what’s happening in a digital world and the industry should look at working closely with them on a partnership level as opposed to competing,” he says.

Sothcott also feels the need for a big global player to help move the process along. “When Google made the change from Flash to HTML5, there was pushback from creative agencies, but what it took was a push from global players to [make] that [happen],” he says.

That is probably why Facebook, Twitter and Google currently have in-house departments that work closely with agencies.

The shift to digital is underway with several agencies taking a more digital – if not mobile-first – approach. For instance, TBWA\RAAD disbanded its digital arm, Digital Arts Network (DAN), integrating the staff with the planning teams of its creative arm.

Other agencies have done the same: SMG has formed one team, duOne, combining its media and creative staff, while MEC has a collaborative team for Vodafone.

The ad industry has come a long way, growing from being one happy family to seeing different specializations growing up to form their own identity. But, now, the industry needs to come back as one family again. 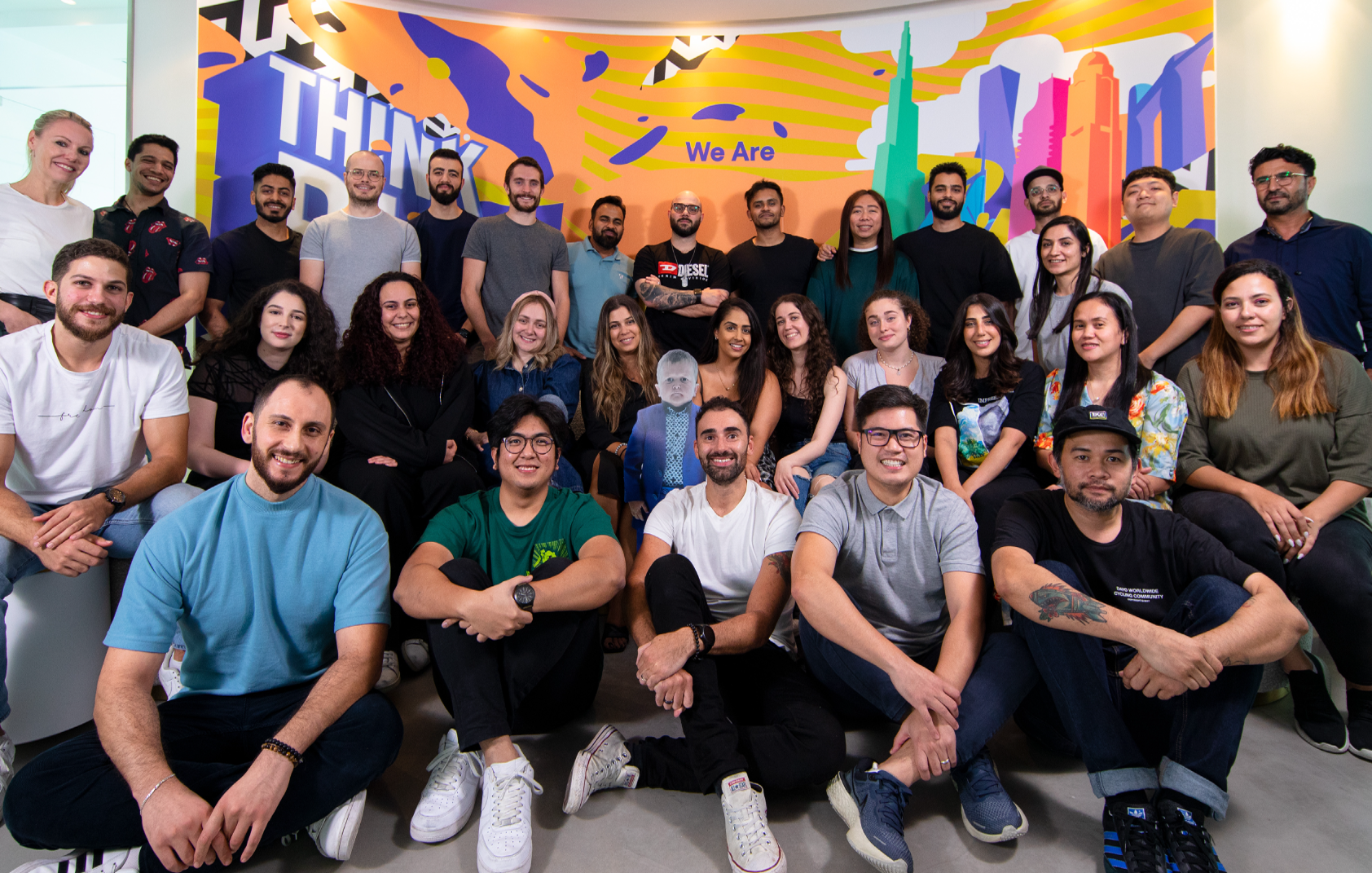