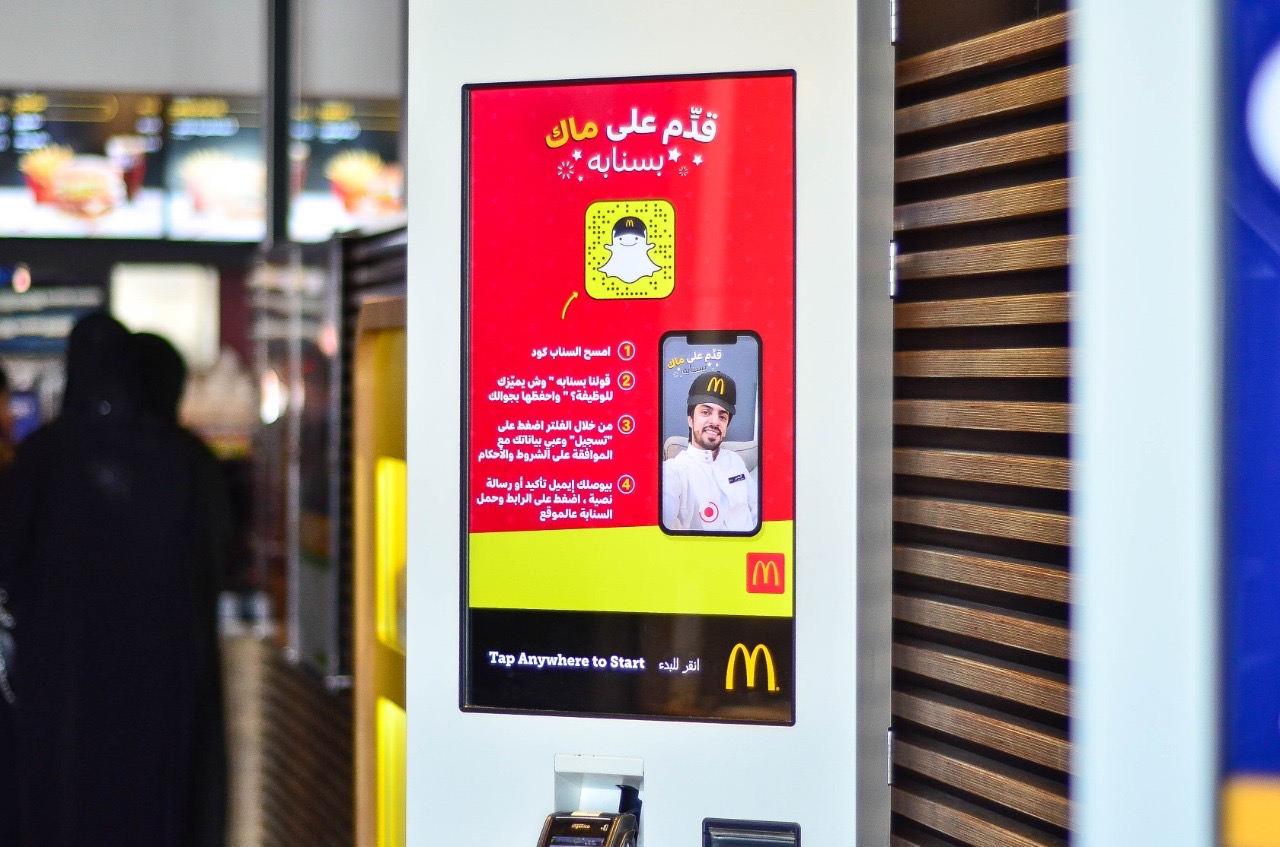 Now get a job through Snapchat! The quick-service restaurant chain launched a recruitment campaign in the month of October, targeting Saudi Nationals through Snapchat Lens, making it the first brand in the MENA region to do so. The aim of the campaign was to fill 850+ positions across multiple roles including manager trainees, guest experience leaders, baristas, accountants, administration coordinators, HR specialists, delivery drivers and service crew.

To kick off the “Snaplication” campaign, the brand distributed a Lens snapcode to ten influencers in KSA who started posting snaps to their story and commending career-builders in the Kingdom. Shortly thereafter, the Lens ran nationally and the Snapcode was printed across multiple touchpoints in stores (tray mats, banners, etc.) to encourage visitors to unlock the Lens and apply. 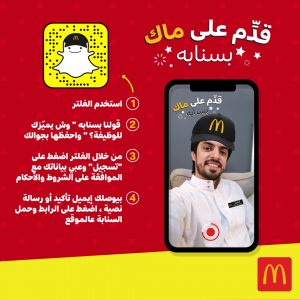 The campaign was a huge success and received in excess of 42,000 responses- smashing its expected goal of 10,000 applications.

Mohamed Alireza, deputy general manager of Reza Food Services Limited, McDonald’s Western and Southern regions, said: “We wanted to appeal to young job seekers in the Kingdom by offering them a fun and simple way to apply to McDonald’s. Our main purpose was to make the application process instantaneous and accessible and Snapchat is the perfect channel to reach the target audience given its widespread popularity among them.”