NFT Transaction Activity Stabilizing in 2022 After Explosive Growth in 2021

NFTs saw explosive growth in 2021, but this growth hasn’t been consistent and has leveled off so far in 2022. Below, we’ll explore how the NFT market has grown and contracted since the beginning of 2021.

Non-fungible tokens (NFTs) have been one of the most dynamic and prominent parts of Web3 over the last two years. NFTs are blockchain-based digital items whose units are designed to be unique, unlike traditional cryptocurrencies whose units are meant to be interchangeable. NFTs typically give the holder ownership over the data, media, or object the token is associated with, and are commonly bought and sold on specialized marketplaces.

NFT activity growing since 2021, but not consistently 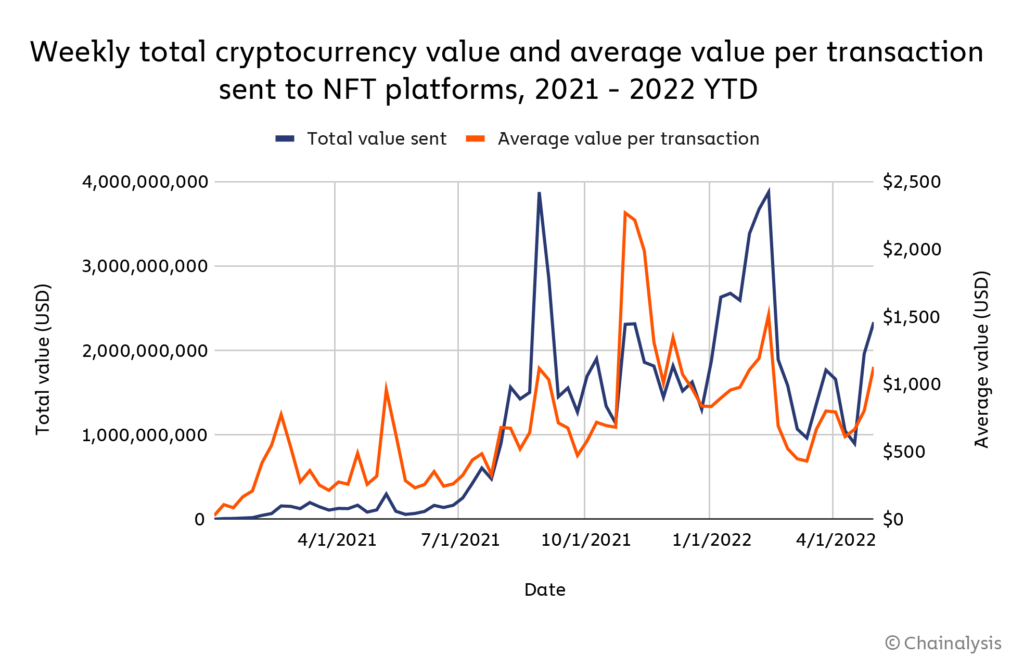 Overall, collectors have sent over $37 billion to NFT marketplaces in 2022 as of May 1, putting them on pace to beat the total of $40 billion sent in 2021. However, since late summer 2021, NFT transaction growth has come in fits and starts, with activity largely remaining flat except for two big spikes: One in late August, which was likely driven by the release of the Mutant Ape Yacht Club collection, and one stretching from late January to early February of 2022, which was likely driven by the launch of the LooksRare NFT marketplace.

After that spike though, NFT transaction activity declined significantly beginning in mid-February, dropping from $3.9 billion the week of February 13 to $964 million the week of March 13 — the lowest weekly level since the week of August 1, 2021. The NFT market began to recover in mid-April, however, and is now approaching the weekly volumes it hit earlier in the year, likely due to the recent launch of Bored Ape Yacht Club’s metaverse project.

Despite these fluctuations in transaction volume, the number of active NFT buyers and sellers continues to grow. 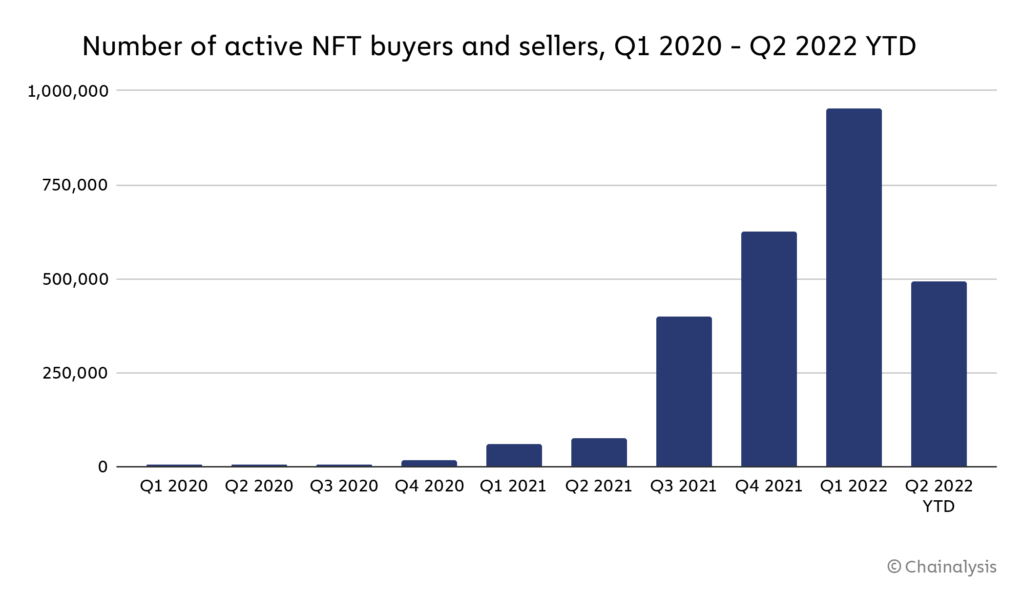 The number of active NFT collections on OpenSea — meaning those with any transaction activity in a given week — has also grown consistently since March 2021, and currently sits above 4,000.

Analysis of web traffic to popular NFT platforms reveals that the asset class attracts users from all over the globe.

Central & Southern Asia leads the way, followed by North America and Western Europe. While some regions certainly lag, the fact that no region has made up more than 40% of all web traffic since the beginning of 2021 suggests that, like cryptocurrency as a whole, NFTs have captured a global audience. 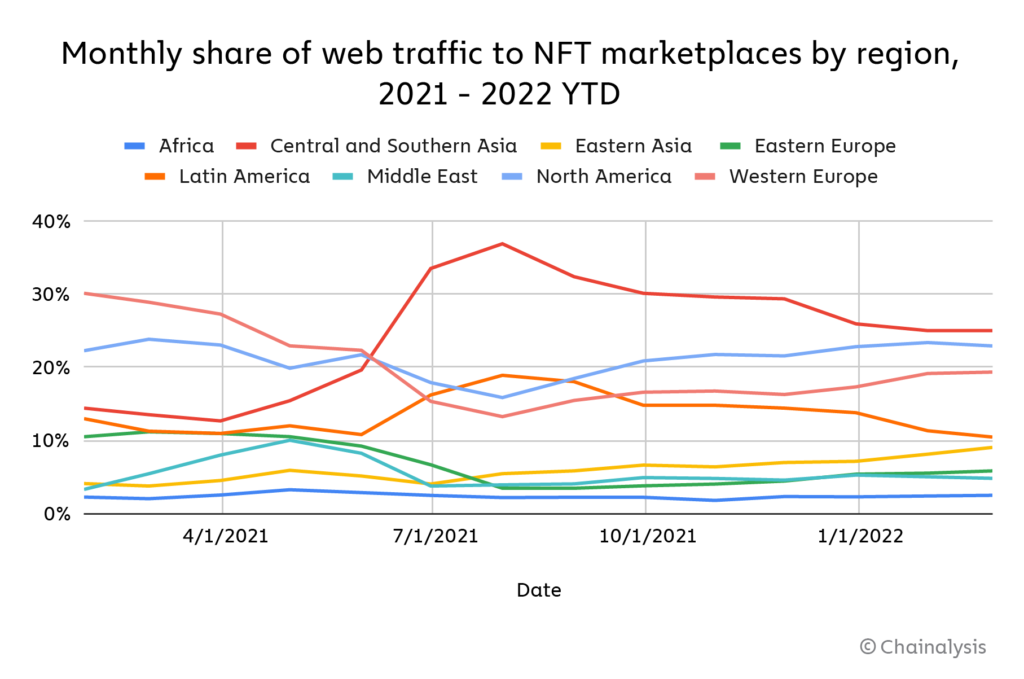 However, if we think in terms of transaction value rather than the number of transfers, we see that NFT collectors make up a majority of activity. Institutional investors are nipping at their heels, and even make up the majority of activity in certain weeks when extremely large purchases have been made. For instance, during the week of October 31, 2021, institutional transfers made up 73% of all activity, largely due to the purchase of several NFTs in the Mutant Ape Yacht Club collection. More institutional-sized transfers followed in subsequent weeks, and since then, institutional transfers make up 33% of all activity.

However, as is the case with the NFT market as a whole, the growth of institutional-sized NFT transactions haven’t been consistently sustained.

This article is a summary of the original blog post that was posted by Chainalysis.