NielsenIQ brings a new FMCG barometer to understand trends across Saudi Arabia and the United Arab Emirates. In Modern Trade, the latest quarter’s value sales increased by 8.8% in the UAE and 6.5% in KSA versus a year ago. Shoppers are facing double-digit inflation and lower promotional intensity, having now to cope with this new environment. 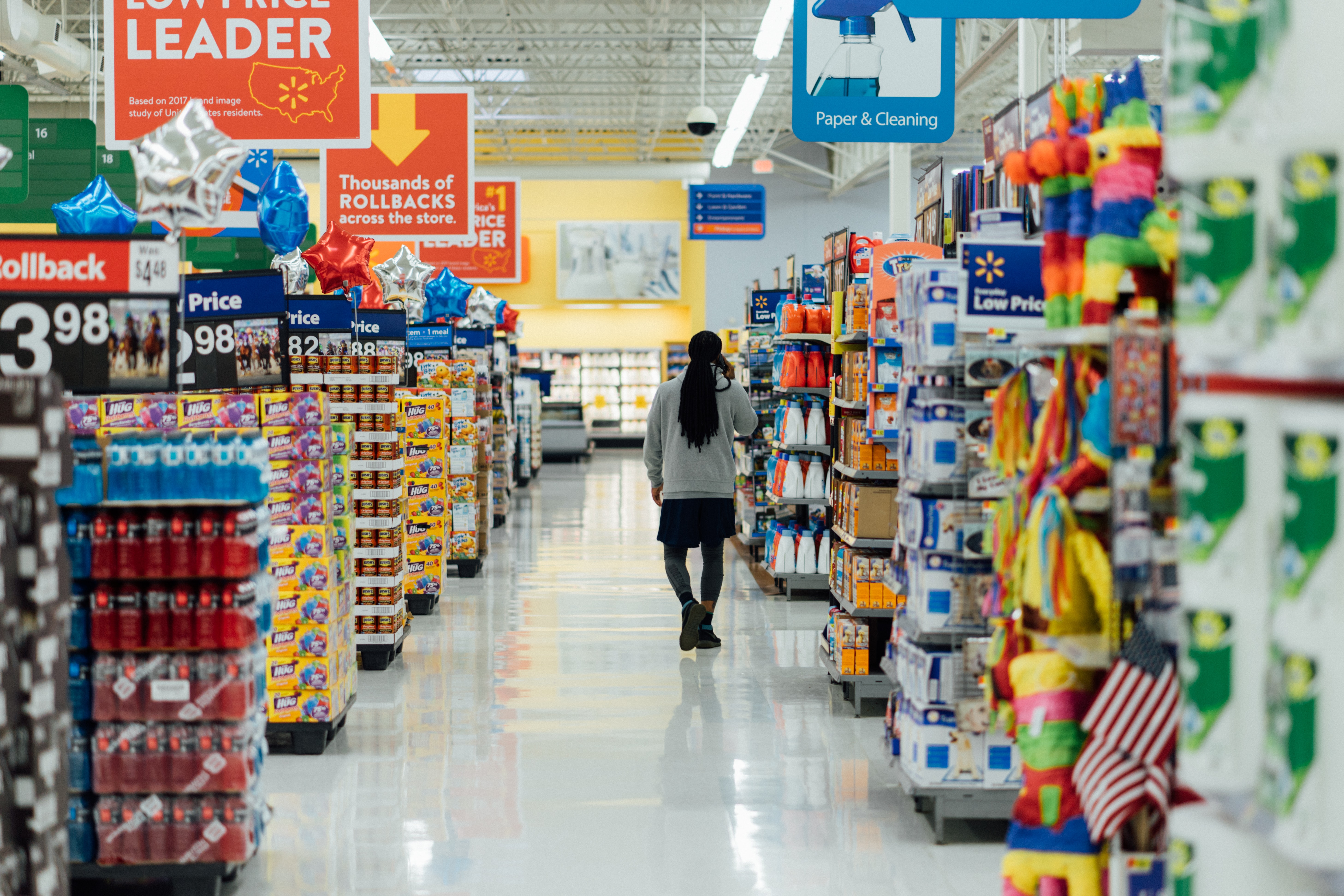 Shoppers in Saudi and the Emirates cope with soaring prices, as revealed by NielsenIQ Middle East in its first Fast Moving Consumer Goods (FMCG) Barometer for the United Arab Emirates and Kingdom of Saudi Arabia. 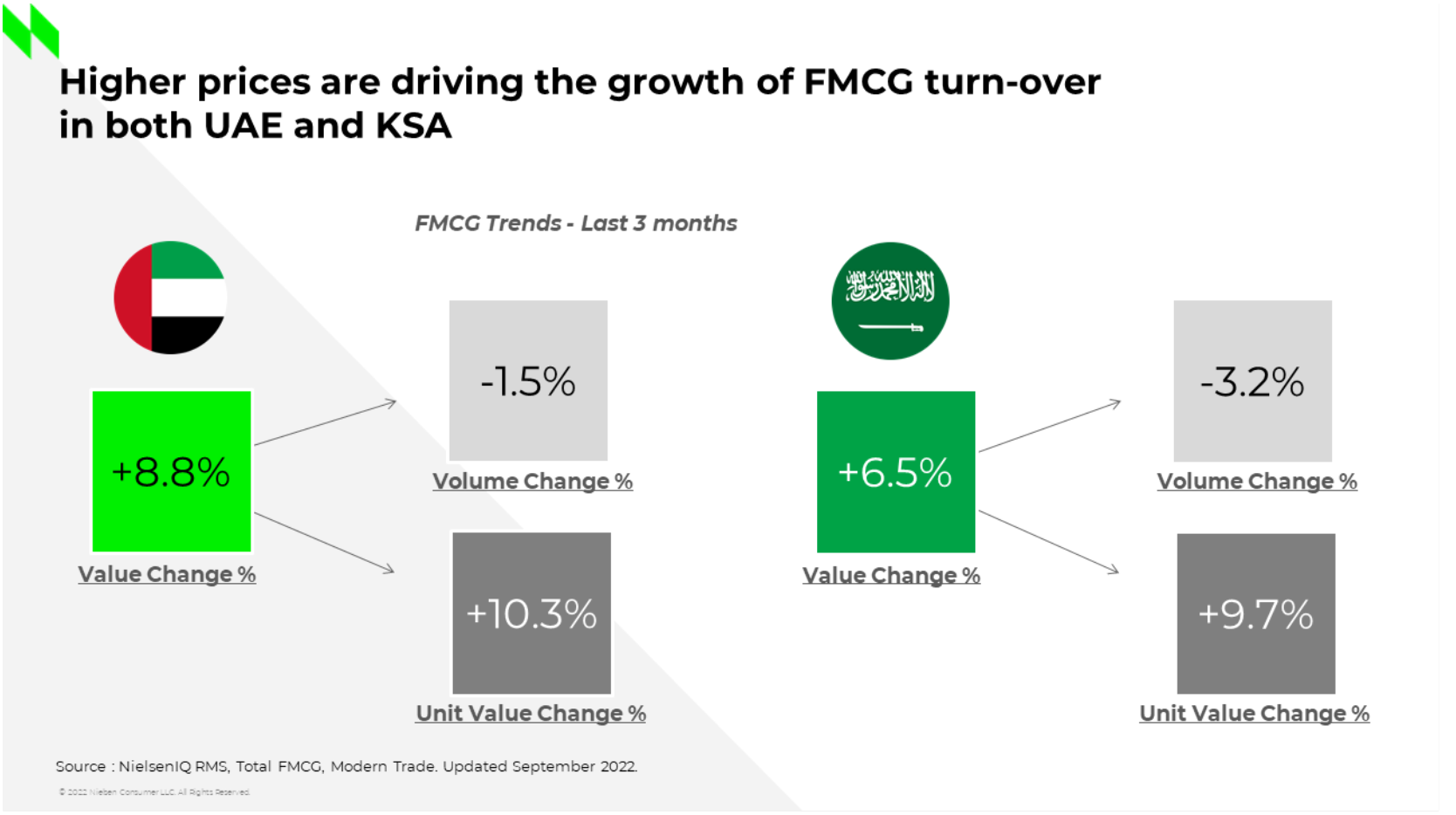 In the Modern Trade version of the Barometer, data emanates from NielsenIQ’s Retail Measurement Services, the largest retail (grocery) data source in UAE and KSA, used by retailers and manufacturers. This benchmark data comprises hypermarkets, supermarkets, self-service, groceries, catering stores for beverages, pharmacies, and perfumeries: more than 90,000 retail outlets in KSA and 30,000 in UAE.

Saudi and Emirati shoppers can hardly miss it: 77% of them have the feeling that food prices are increasing... and in-store indeed, it appears that 86% of the categories have been impacted by inflation versus last year, with promotion intensity declining in Modern Trade in both markets (-5 points for KSA and –3 points for UAE) in the short term. 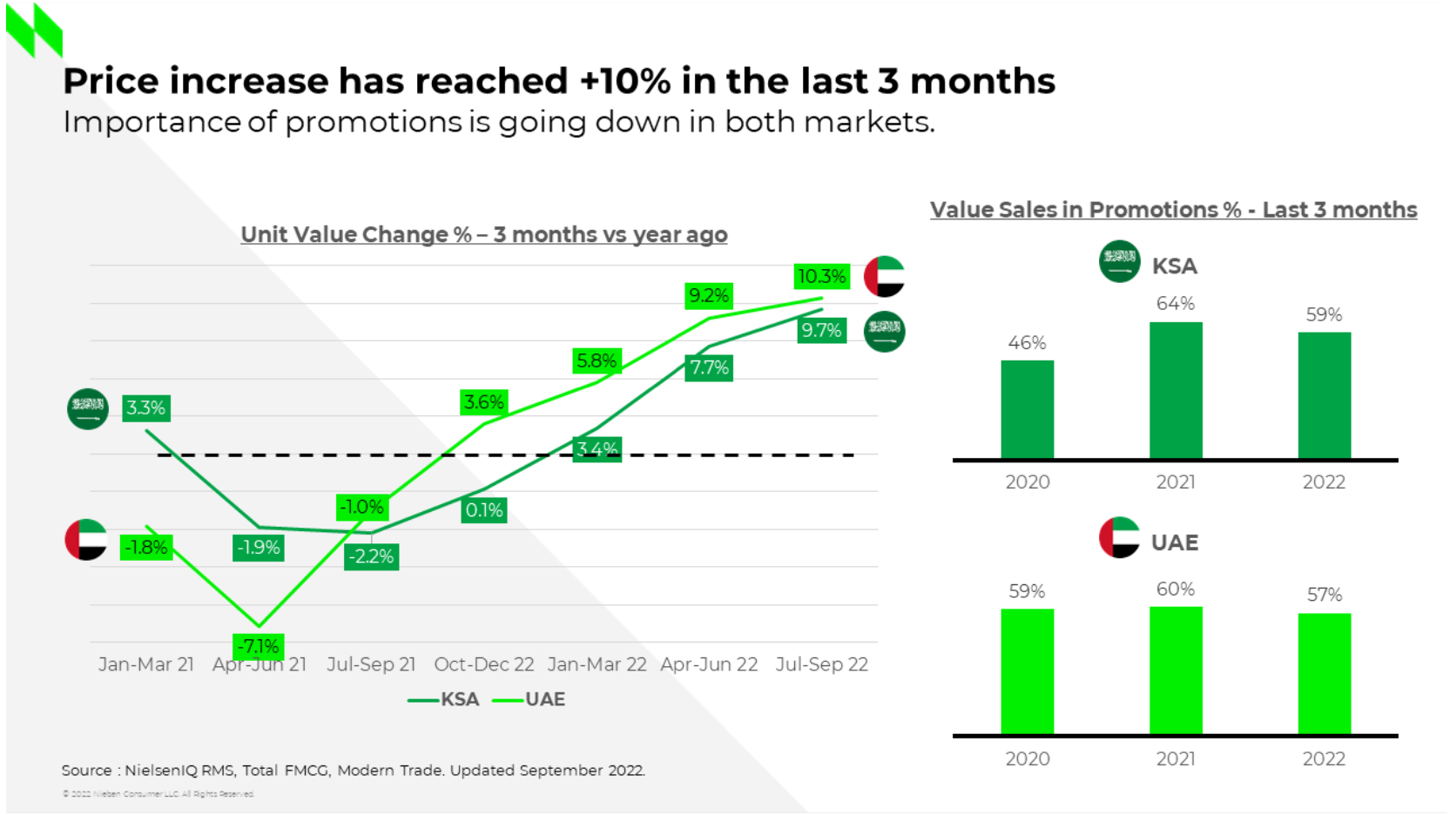 Rising inflation has become a hallmark of the latest few months and has been exacerbated by the conflict in Ukraine, shortages in raw materials, and supply chain issues. If now inflation reaches 10% year over year on average, Frozen Food (+19% in UAE, +15% in KSA) and Dairy products (+18% in UAE, +14% in KSA) are showing the highest price increase.

Volumes going down in an inflationary environment

This indicates that shoppers are spending more at grocery stores (due to inflation) but also buying less. For Andrey Dvoychenkov, General Manager of Arabian Peninsula & Pakistan at NielsenIQ, “The strong nominal value growth across both countries is clearly driven by price increases. Most shoppers are now willing to focus on essentials and appear to be more and more concerned about inflation. But they are still ready to pay a premium for products with more functionality and benefits (healthy food, organic, wellness...). Health certainly is not compromised vs price.” In both markets, the Snacking & Beverages categories enjoyed a consumption pickup despite higher prices.

A different picture in Traditional Trade

To provide the full picture to its clients, NielsenIQ also provides a Barometer for Traditional Trade, covering Groceries, Catering, and Perfumeries. With a lower inflation rate, those traditional channels are growing in volume, with +1.5% in Saudi Arabia, and +13.8% in the UAE. As Andrey Dvoychenkov points out, “traditional Saudi stores have started recovering recently after a long-term decline, capitalizing on convenience, one of the main drivers for shoppers when it comes to choosing a store. In UAE, the growth across the channel is mainly driven by new shops opening across the landscape.”