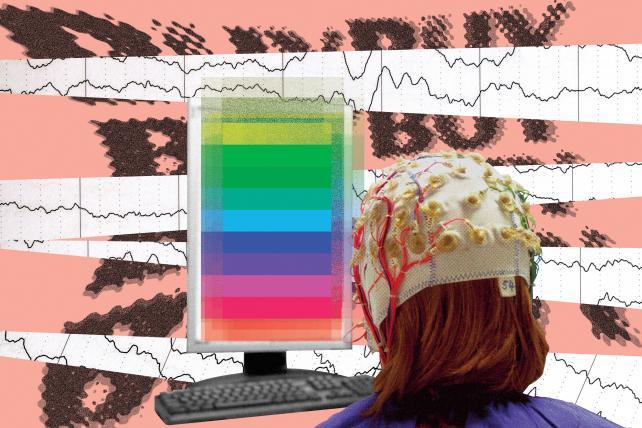 It’s time to put on your thinking caps, or at least get test subjects to. Neuromarketing has gone from the realm of intriguing experiments with questionable merit among market researchers to an everyday tool for many brands. And it literally involves thinking caps, in that electronic sensors are used to measure brain activity.

One sign that neuromarketing has transcended its era of hype and hucksterism: Nielsen now has 16 neuro labs globally, including five in the U.S. One opened late last year in Cincinnati, Ohio, the heart of client country and home to Procter & Gamble, which is among the marketers that now have neuroscientists in-house.

A Mars study in 2016 has also helped alleviate doubts about the practice. A year earlier, a study in the Journal of Advertising Research found that among eight neuro research vendors, no two had the same results on a similar assignment. While the comparison is a bit apples to oranges, a year later, Mars released a study of 110 TV ads showing that neuro research by MediaScience predicted sales impact from ads accurately 78 percent of the time, versus survey research predicting results only 58 percent of the time (which isn’t much better than guessing).

So, what does it entail, and how can it help your marketing?

Neuromarketing can involve the use of many tools, including electroencephalogram (EEG), functional magnetic resonance imaging (fMRI, which tracks blood flow to see what parts of the brain are activated by ads), eye tracking, facial coding (monitoring how expressions change in response to ads), and galvanic skin response (changes in electrical resistance caused by an emotional reaction). All the tools have advocates and detractors. Nielsen uses mainly EEG, and feels facial coding and eye tracking don’t indicate much. Others, such as MediaScience and Spark Neuro, rely on a wider range of tools.

EEGs measure electrical signals at the scalp, but not necessarily what part of the brain is active, detractors say. An fMRI shows blood flow inside the brain, to better indicate whether it’s an emotional or rational response, says Spark Neuro CEO Spencer Gerrol. But it’s an expensive and uncomfortable process for test subjects, so studies usually involve fewer people. Spark is trying to get beyond that limitation by using functional near-infrared spectroscopy (fNIRS), which employs headgear similar to EEGs that can track what part of the brain is active, Gerrol says.

Some of the initial interest in neuroscience stemmed from researchers suggesting a “buy button” in the brain can be activated by ads. There is no such place, says Joe Willke, president of consumer neuroscience at Nielsen. A big spike in brain activity may just signal confusion, not intent to buy.

Recent neuro research commissioned by the Mobile Marketing Association finds people recognize brands and start cognitively processing ads in 0.4 seconds—below the minimum threshold of industry-recognized viewable impressions. Consider the source, but the MMA is made up both of marketers and media, and one piece of advice it conveys from the research is that marketers are overpaying for longer impressions.

“I think the industry is still a little bit of wild, wild west. It’s still got plenty of snake oil in it,” says Duane Varan, CEO of MediaScience.

Some providers hide behind the complexity, says Spark Neuro’s Gerrol, but if they won’t or can’t explain how their technologies and algorithms work, be suspicious.

Nielsen has been willing to validate its neuro research against its databases of sales data and survey-based tools such as Bases concept testing, says Willke. Marketers can compare neuro-based predictions to what prior survey-based copy or concept tests predicted (and how accurate those past predictions were).

Then there’s the fact that sample sizes tend to be smaller in neuro studies. The typical Nielsen neuro study has about 30 participants. Spark typically tests about 150. But either way, neuro usually can’t economically reach the statistically significant sample sizes that surveys do.

But neuro research emerged because people in surveys and focus groups often don’t say what they really think or feel or will do. They base responses and predicted behavior on rationalizations that don’t reflect how they really make decisions, as shown by behavioral economics studies. Nielsen is launching a Behavioral Science Institute to help teach marketers how decisions really get made (which may encourage more neuro research).

Expect more marketers to use neuro research to replace, not just supplement, other research.

“We see a variety of people using it as a learning tool” to identify what parts of ads or concepts are working, Temple says. “But we also see more companies using it as a go/no-go decision-maker as they get more comfortable.”

This article is published in collaboration with Adage.