Skin in the game
Insights Industry
Back

Skin in the game 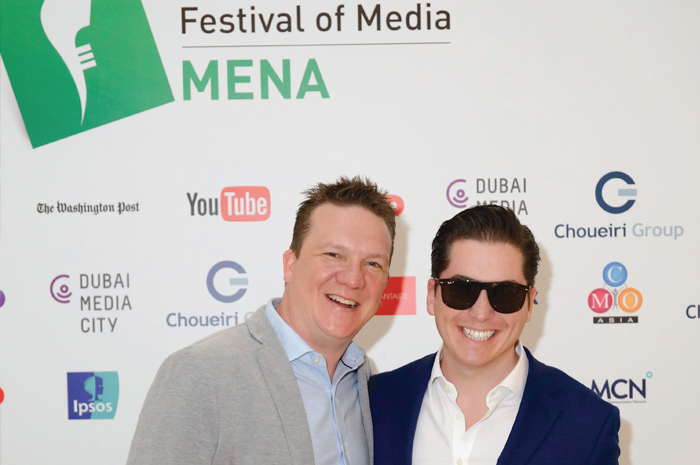 UK-based ad tech company InSkin Media is stretching its wings beyond London, Hamburg, Sydney, Singapore and Hong Kong to set up its first MENA office in Dubai later this year. We caught up with the company’s chief commercial officer Steve Doyle and MENA head of sales Toby Daniell to see what they’ve been up to and what they’ll bring to the region.

Since you work very closely with publishers, what are the challenges you’ve faced globally and can foresee in the region?

Daniell: The challenge is in getting publishers’ sites integrated into our platform, because all of them are built in one format and are quite universal. So, integration takes one or two weeks. In the region, sites are built differently for mobile, tablet and desktop, so our integration team is trying to get its head around making sure that our formats work properly and that the user experience is unharmed.

Coming from more advanced markets, what’s your take on viewability?

Doyle: The fact that people have started to use the number of views as a measure is really interesting for us. It allows advertisers to start evaluating media according to what is happening. If you want to have a brand campaign online, you measure the number of clicks and, while that has been a great plus for us, it’s not the ideal way to measure campaign success. You’d like to think this way of measuring is a bit antiquated, but, even in the UK and other markets, people still talk about the click rate as a proxy for success – and I’ve been trying to move away from it since 2009.

So what would you rather move to?

Doyle: This is where viewability comes in, because it is a move toward engagement with the brand and it is a great opportunity to demonstrate our model to our advertisers. We have a global partnership with one of the key viewability defenders called Moat, which is winning more battles in various markets, because its technology is the most robust for comparing. It also has an active in-view time score – which is basically time spent – but the score comes with viewability reporting, so you can compare any two types of online advertising. The view time should help us deliver more work and explain to our advertisers how our ads should be measured, as opposed to the proxy that’s still being used.

And that brings us to transparency…

Doyle: Transparency is an issue in the business for companies that sell big white-list sites, which don’t offer viewability and, hence, no transparency. For brand advertising, not knowing where you’re running [the ad] is a problem. As opposed to offline, online brand advertising needs to be more transparent and people who are not offering that should be put under scrutiny by agencies and advertisers. It makes sense if you’re running direct-response ads and just want to acquire customers, because you can buy cheap and you don’t know or care where it [the ad] goes. However, for brand advertising, environment is paramount.

Even if advertisers and agencies were to do that, where do they stand if those ads are being blocked?

Doyle: Ad-blocking is part of the endemic problem of too many ads on one page, especially on smartphones. Intrusive advertising is helping the rise of ad-blocking, because people are getting frustrated with their online experience. Most users should understand the value exchange between not paying for content and getting ads in return, but that works only if the value exchange is truly an exchange. So, the issue is that some advertisers are intrusive to the point that they lose that value exchange.

While intrusion is one thing, isn’t ad-blocking growing due to the issue of relevance – or the lack of it – in online ads?

Doyle: That is certainly a factor; we focus on the intrusive part, because that is where the numbers increase massively. The real issue is when ad-blocking is built into the technology. For example, Firefox, the predominant browser in Germany, comes with ad-blocking technology.

Daniell: It is up to the publishers to fight this fight and turn ad-blockers away.

Doyle: It’s also on advertisers not to buy intrusive formats. When advertisers stop buying, publishers will stop selling and everybody will opt for high value and high quality. The thing about ad-blocking that no one really talks about is that if someone blocks an ad, are they the kind of person who clicks on an ad and interacts with it? Probably not. So, you are actually improving the quality of your addressable audience by eliminating the ones who are never going to interact with you anyway.