The Story Behind the Journey
Insights Culture
Back

The Story Behind the Journey 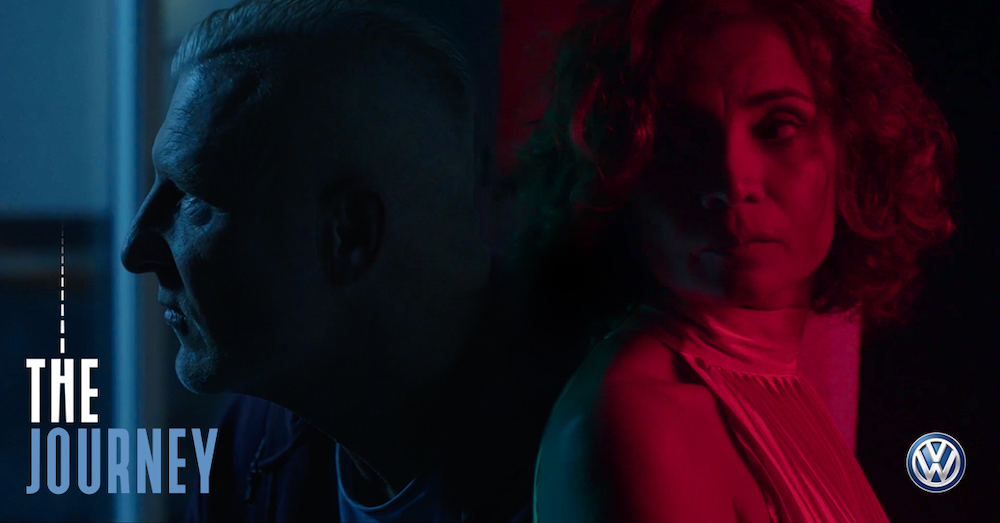 The Journey, a video series created by digital media agency, Socialize and automotive brand Volkswagen combats the unrelatable and inauthentic portrayal of success stories online by featuring a diverse range of speakers who share their stories and reveal about the difficult hurdles one actually faces on their journey towards success. The trio behind the campaign includes Rhia Samuel- Senior account manager, Peter Mazloumian – Creative lead and Ailidh Smylie – Head of Strategy. Communicate got an opportunity to speak with Peter Mazloumian and Ailidh Smylie to understand where the inspiration for the campaign came from and the message they intend to get out. 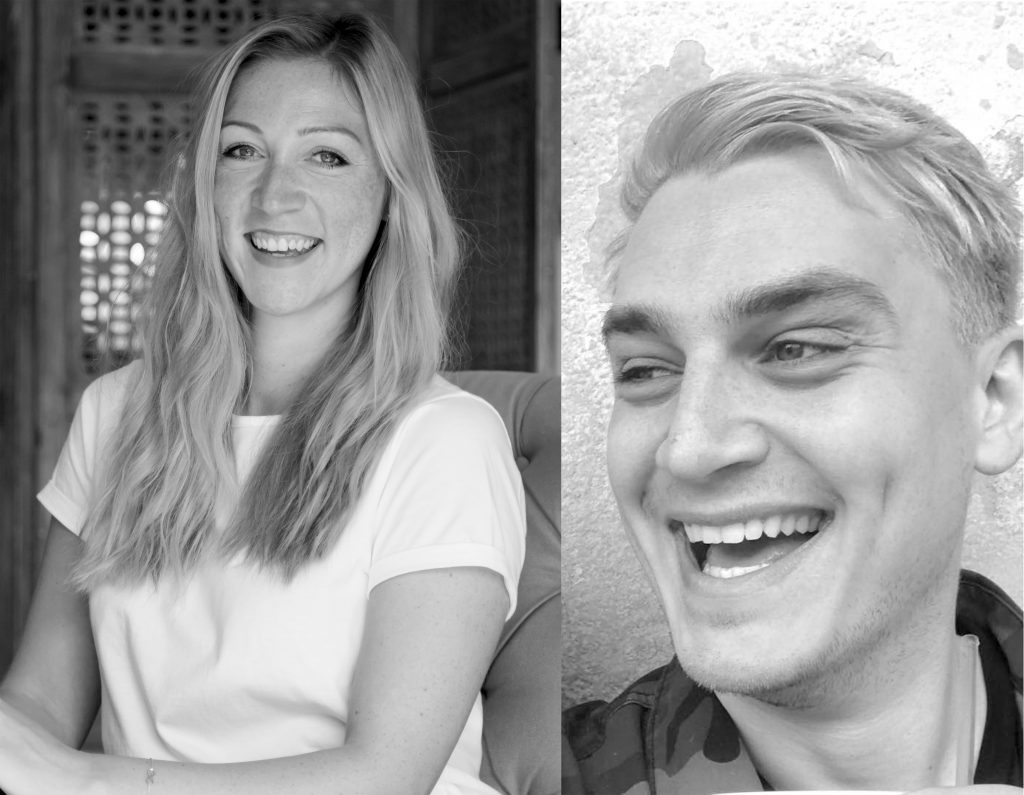 What was the end goal you hoped to achieve with this series?

Peter Mazloumian– Volkswagen’s one of those brands that want to [inspire] and move people forward but a lot of brands [want to do that] as well. So the real challenge was- how to do it authentically? How do we [execute] in a way that inspires people and send a positive message out into the world? What we realized was that a lot of the [motivational] content we see online, especially from automotive brands is very much this false sense of success. When you see the end product, you see the nice cars and big pools and everything but you don’t actually learn anything from it. There’s no real story there. So what we wanted to do was flip [the concept] on its head and show really authentic stories. So we asked people to tell us the hard bits of their story, the difficult moments that made them who they are now. That was the goal, to get authentic storytelling online for once.

What were the criteria for choosing the heroes in this story? Can you explain the process?

Ailidh Smylie – When we were creating the concept, we segmented who we wanted into three buckets: movers, chasers, and challengers. The movers are the ambitious go-getters who make chasing dreams look effortless but behind the scene, they’ve actually faced a lot of hardships to get to where they are.  The chasers are the ones who inspire and influence people, culture and even themselves. The challengers are the norm breakers who’s legacy comprises of challenging societal expectations. Paul and Aparna (The protagonists for film one and film two respectively) fit within all three of our buckets, which is why they were perfect for the campaign.

P– The buckets were associated with the different ways you can be successful. Success is not only defined by entrepreneurial wealth. Success can also be defined by how you move people and make an impact even though you may not be rich of the back of it.  We interviewed a lot of people, but when we were talking to these people about success; they were giving us the obvious answers of hard work, determination, and things like that and we wanted to avoid that. They weren’t able to open up [and go deeper] as to why they were successful and then we met paul (the protagonist of the first film). Paul was the complete opposite, he had a really interesting story where he was proud to talk about not only the highs but also the lows.

P– Going into the interview process, we knew the importance of our question bank because we had to get the content that we needed, so we had to ask some pretty tricky questions. Our focus wasn’t around ‘What’s your greatest achievement so far?’ but more along the lines of, ‘When did you last feel like giving up and what kept you going?’. It was about flipping the narrative to get the kind of genuine responses that we needed- to actually inspire people like you and me. We look at these people online as great examples of success and ultimately see them as unachievable because you don’t see yourself in that person. You just see this idealistic idea of what success looks like and that’s not you. So the goal was to ask questions, that made them feel human and let people see into who they are.

In Paul’s story, we see a very unhealthy motivating drive that took him to where he is and it almost led to his demise. Then the purpose got repurposed into something more healthy. So what was the ultimate message behind that?

P – When you talk about Paul and Aparna, they’re both very different. Aparna’s was a tale of tragedy, a lot of the events that happened in her life weren’t planned and each of them shaped her character and who she was. Then there’s paul who had a very difficult beginning but because of that, he grew very cocky and arrogant in his early adult life and ended up swinging so quickly the other way. I can’t say those bad things at the beginning shaped who he became, but the real message we want people to take out of it is, don’t be defined by them. Keep them in the rearview mirror but actually, keep looking forward to who you want to be. That’s the string that connects them both.

The definition of success is subjective to each individual. How did you find a common point in defining it for this campaign?

P– That’s the beauty of it. We don’t believe that there was necessarily a common definition of success cause success is so varied. It’s not a one size fits all thing, and that’s a big part of the defining narrative behind this campaign. We wanted to show success in every way, it doesn’t necessarily have to be this one conventional method. It’s important to show other examples of success and idolize that instead of looking at one example only.

The Volkswagen brand is not even seen once throughout the entire campaign. Was that intentional?

P – Yes, it was, but that’s really just a testament to the brand. We worked with a few automotive brands but with Volkswagen, it’s so apparent, how much they care about people. So when they say, they’re happy to let their cars take a backseat, they mean it. And that’s what this video series signifies.

A – At Volkswagen, we have this platform called ‘Moving people forward.’ So anything we create in terms of content, we use this filter- is it moving people forward? Whether it’s moving them through education, inspiration, etc. As a brand that’s what we stand for and that’s very much what we wanted the outcome of this campaign to be. We wanted to create the feeling that as a brand, we’re enabling our community to move forward.

What were the KPI’s for this campaign?

A– The prime KPI was awareness, getting the film in front of as many people as possible. But the targeting was also quite specific. Whilst these stories will appeal to everyone, they can really help shape certain people’s lives. We have this pillar within Volkswagen which focuses on entrepreneurs and the driven; this campaign was laddering towards that pillar, speaking to people in their 20’s and 30’s, who are trying to make something of their lives, beginning their journey towards success or experiencing their own roadblocks, etc. That was the group the awareness was aimed towards.

The second KPI was the tangible [element] of inspiring people i.e. getting people to talk about the video, liking, sharing, and commenting about it.

Where do you see the future of branded campaigns heading towards?

P – We had the advantage of working with Volkswagon, which is a brand that everyone knows, so they were fortunate enough to be in a position where they can actually put purpose ahead of product which is what they wanted to do. You can now see the shift towards a more ad immune world, where you see an ad and you don’t really resonate with and it goes straight into your blind spot. I think there’s a lot of pressure on the industry to keep on creating content that has a genuine purpose and message and even though it sounds really obvious, it’s also really easy to forget when you let other KPI’s kind of block your vision.

A– With any brand, it’s a fuel funnel approach. With Volkswagen, it was about affinity and association but we have a lot of other content that focuses on education and lead generation which is also equally important. For any type of brand, there’s obviously a kind of different pronged approach but with Volkswagon, it was about associating the brand with people’s lives.